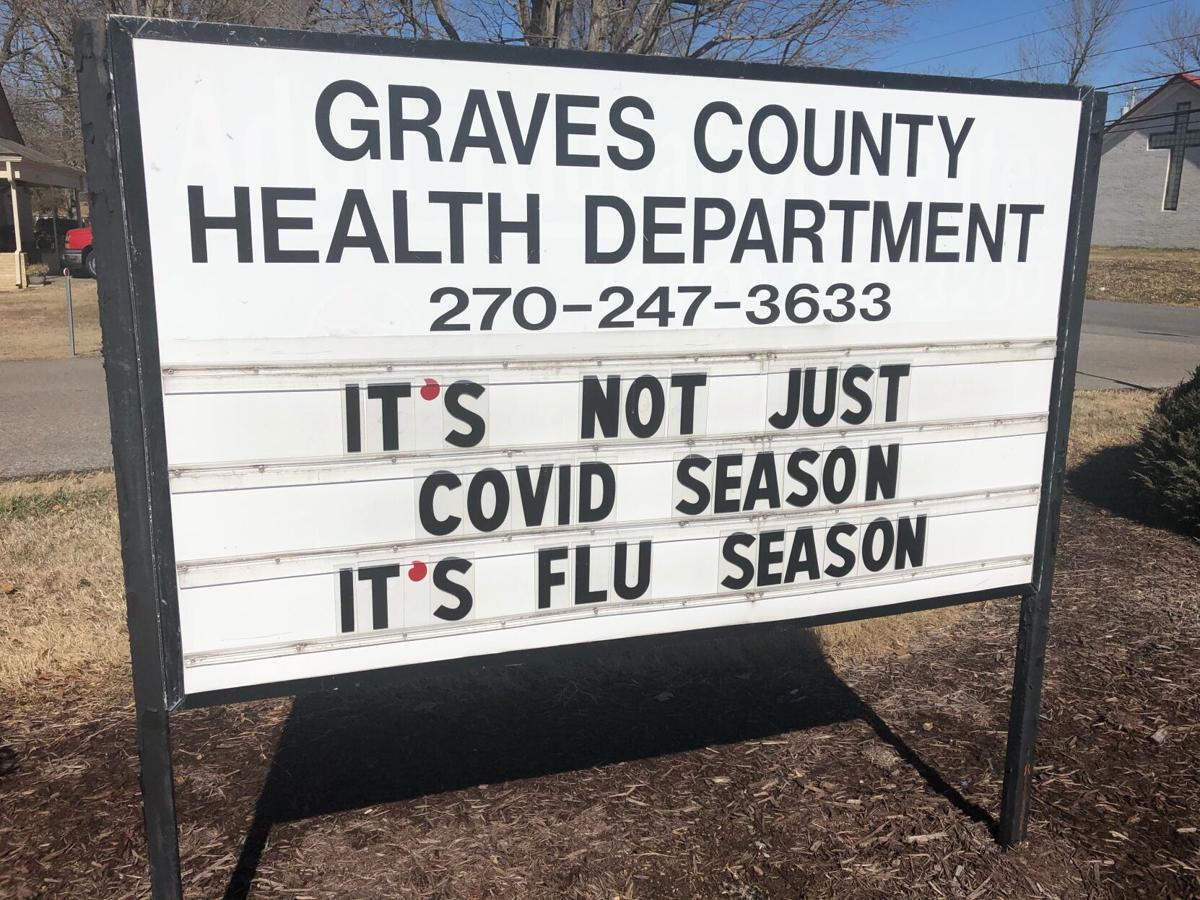 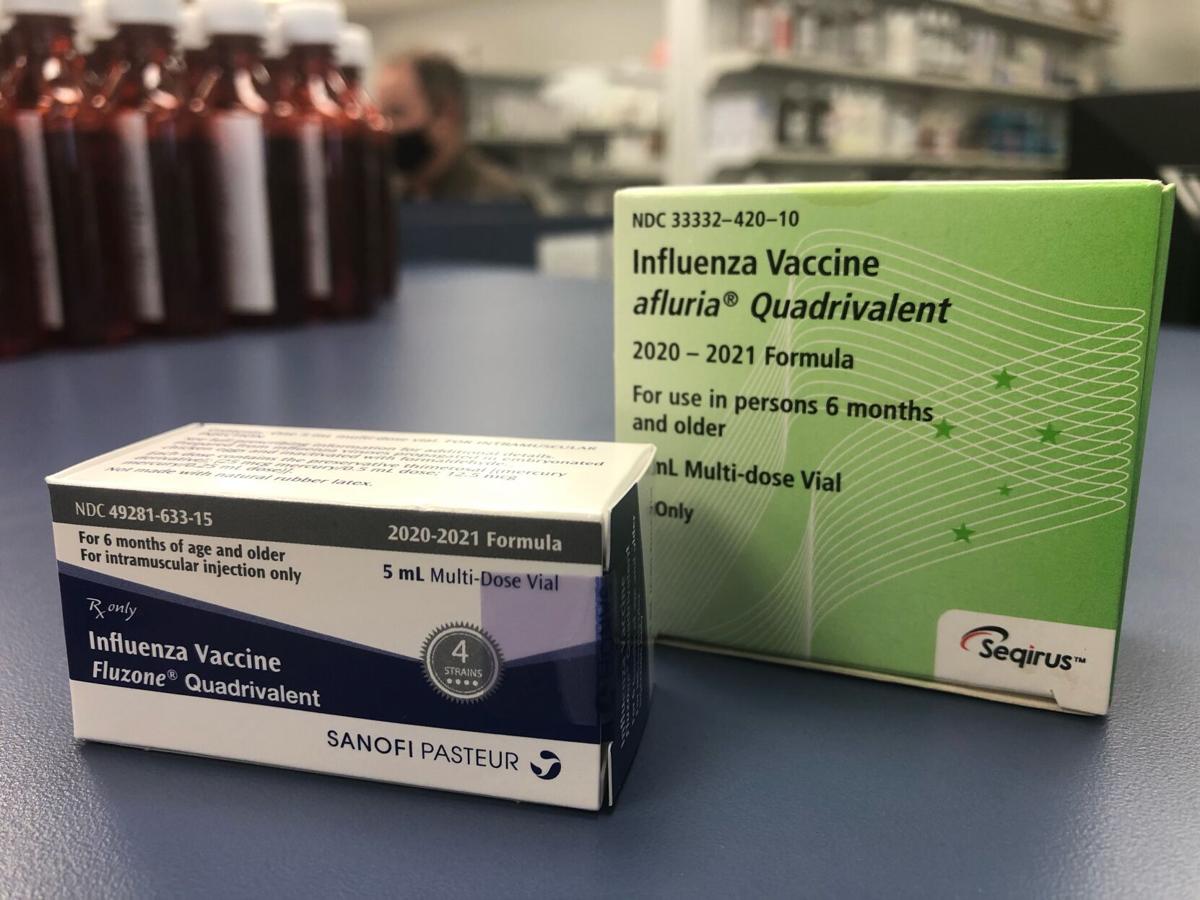 MAYFIELD, KY — Your doctor and local pharmacist are usually preparing for one of the busiest months they'll face — the February peak of flu season.

But, this year's influenza season will go on record as one of the lowest transmission rates in decades, according to data from the Centers for Disease Control and Prevention.

"We'd much rather have healthy patients then sick patients," Tidwell said. "It's been unique for sure."

The CDC said the current flu season numbers are much lower than average for this point in the season. Those numbers are also lower than rates for any season since data collection began in 2005.

The 2020-2021 season is being compared to the historically low 2011-2012 season. That season saw an estimated 9 million influenza illnesses, including 4 million people who went to the hospital for influenza-associated medical visits, 140,000 in-patient stays and 12,000 deaths.

Hospital employees at Massac Memorial Hospital in Illinois are breathing a sigh of relief.

Tennessee's most recent data is from the week of Dec. 27 to Jan, 2. Health departments tested 138 people for flu like symptoms, and no one tested positive

As of this week, Kentucky has only reported three confirmed cases of influenza and a total of 156 cases for the entire 2020-2021 flu season so far. This time last year, state data shows Kentucky already had more than 17,000 flu cases.

The Graves County Health Department's vaccine coordinator said she hopes we learn from the record low vaccine number. "Covering your mouth and nose helps quite a bit," said Rita Thorn, who is a registered nurse. "We don't want to wear these things forever, so in the future just covering your cough and your sneeze in your elbow."

Tidwell said people were worried about getting COVID-19 and the flu at the same time.

"There was an extra 20 million doses that were administered this season compared to last," he said. "I think that's probably played a big part in it. I know pharmacies alone have immunized close to 45 million people this year compared to 30 million last year." 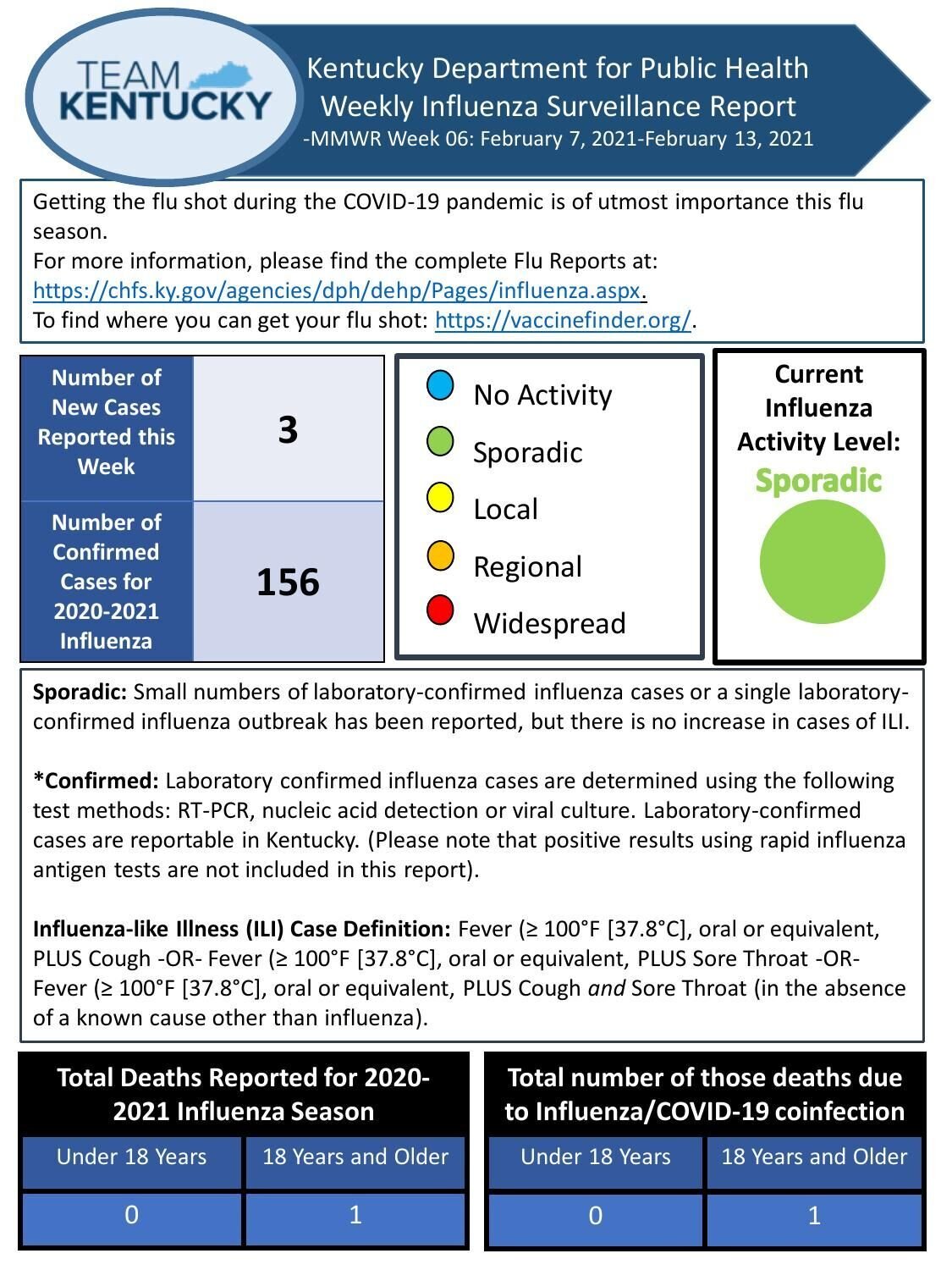