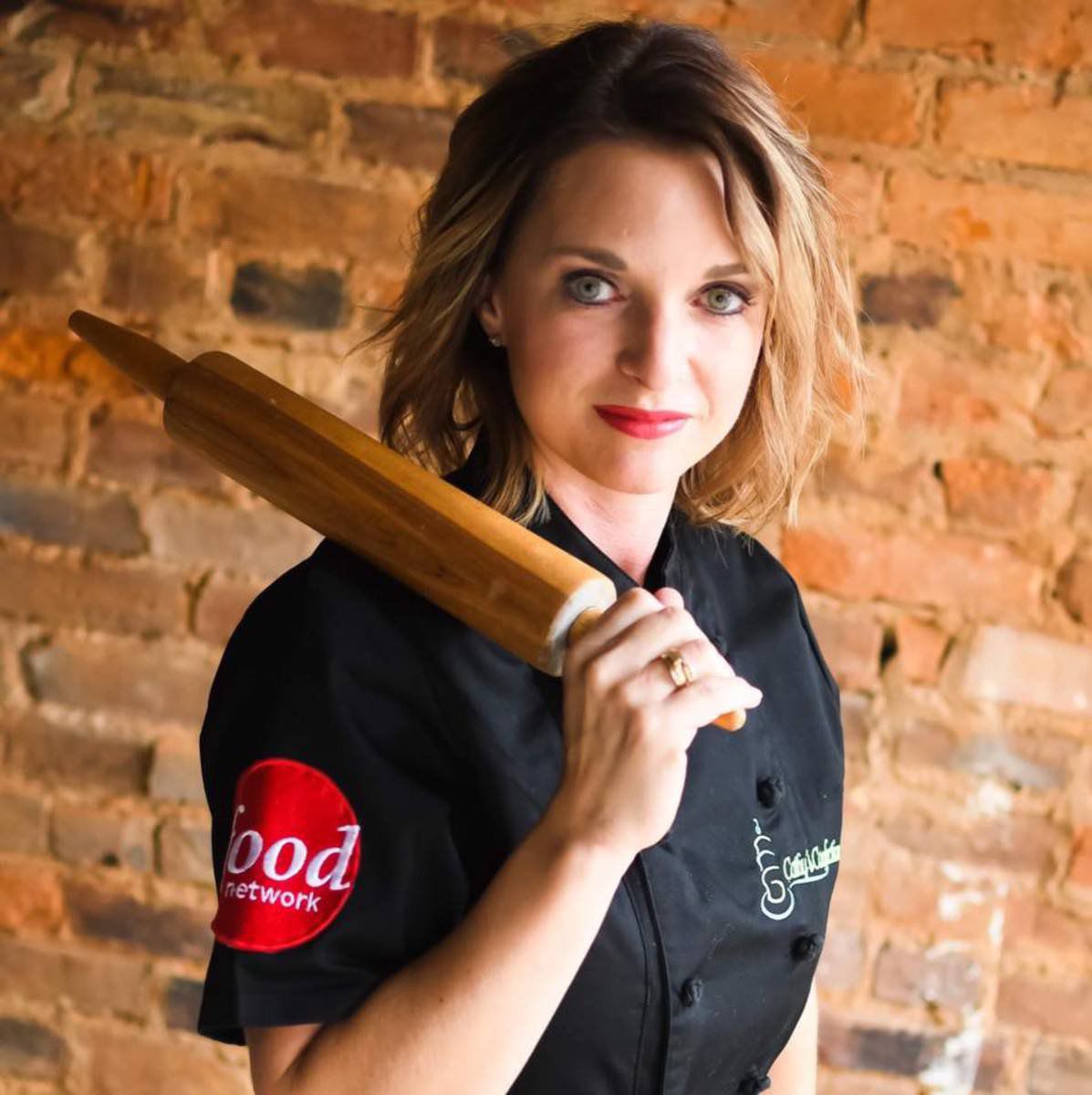 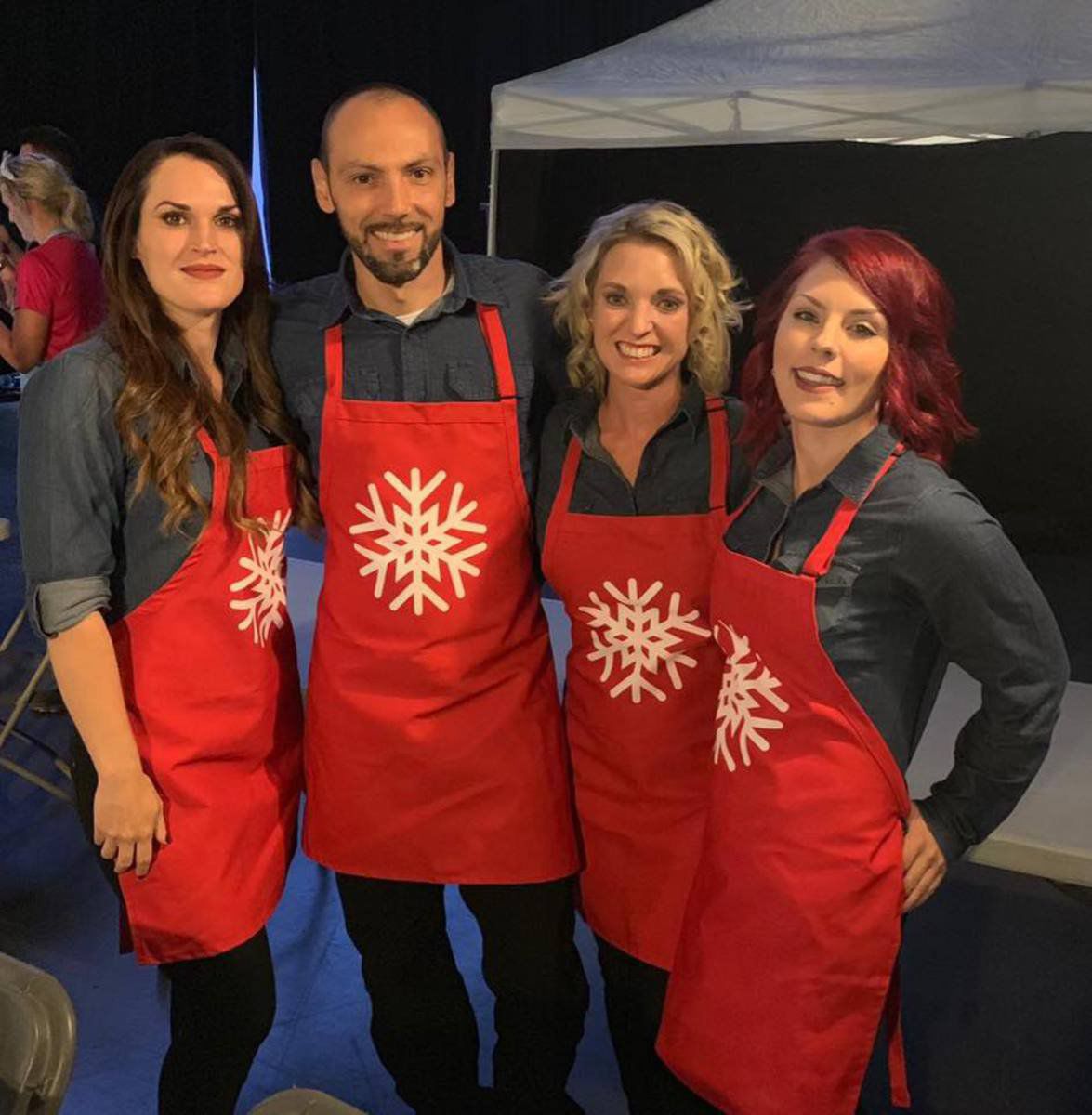 Cathy Lewis competed on Holiday Wars with a team of two other cake artists and a sugar artist. The show will air Dec. 1. Above (from left) are cake artist Elizabeth Rowe, cake artist Timmy Normal, Lewis, and sugar artist Teresa Argeris.

Cathy Lewis competed on Holiday Wars with a team of two other cake artists and a sugar artist. The show will air Dec. 1. Above (from left) are cake artist Elizabeth Rowe, cake artist Timmy Normal, Lewis, and sugar artist Teresa Argeris.

In July, Cathy Lewis received an email from Super Delicious, casting company for Food Network, asking her to submit an audition video to be on the network's Halloween or Holiday Wars.

"In early August I got a phone call saying that the producers wanted to see more of my work because they were interested in having me on the show," Lewis said.

After submitting more pictures, she recently learned she'd been cast for Holiday Wars.

"I was thrilled and excited. I've watched those shows since I started making cakes," said Lewis, 37. "This is a huge show every year."

Since the show is filmed in advance, Lewis had to take time off to film during the first couple of weeks of the new school year. It was an anxious time because her kids, Adley, Harper and Ryker, were going back to school. Nevertheless, she persevered.

Though the days were long and sleep was short, Lewis said it was an amazing experience.

"I'm kind of a perfectionist when it comes to cake and you have to let that go when you're under a time crunch so it was definitely a unique experience," Lewis said.

She was a part of a team of four, with three cake artists and one sugar artist.

"I basically make all my cakes by myself and I was working with a team on the show," Lewis said. "It's a whole different feel when you're used to being in charge of all the cakes you do and having to share that with two other people and have various opinions made for a different experience for sure."

"I had a fantastic team to work with," Lewis said. "Being able to meet different people who do cakes all over the country was my favorite part about this."

She said she was the only person on her team who hadn't been on a Food Network show before.

"Meeting people that you've seen compete on TV and people you follow on Facebook was surreal," Lewis said. "Jason Smith was a judge. He is from Kentucky and he won Food Network Star a few years ago."

Shinmin Li was the other judge and actor Jonathan Bennett was the host.

"I learned some new techniques and things that I hadn't done before, which it's always, like I said, really unique to get that experience from other people," Lewis said.

She also enjoyed getting a behind-the-scenes look at how the show is filmed.

"When you're from a small town like Princeton and get to go and represent your town, it brings a lot of attention back to it, which is wonderful," Lewis said. "It's great to have such a small town that's behind me."

"I've had a lot of people who are proactively behind us and are excited that we're going to be on the show. I think it's going to be fun for everybody to watch and see."