You are the owner of this article.
Edit Article Add New Article
You have permission to edit this article.
Edit
Home
Coronavirus
News
Sports
Opinion
Obituaries
Classifieds
Lifestyle
Galleries
e-Edition
Archives
Subscribe
1 of 3 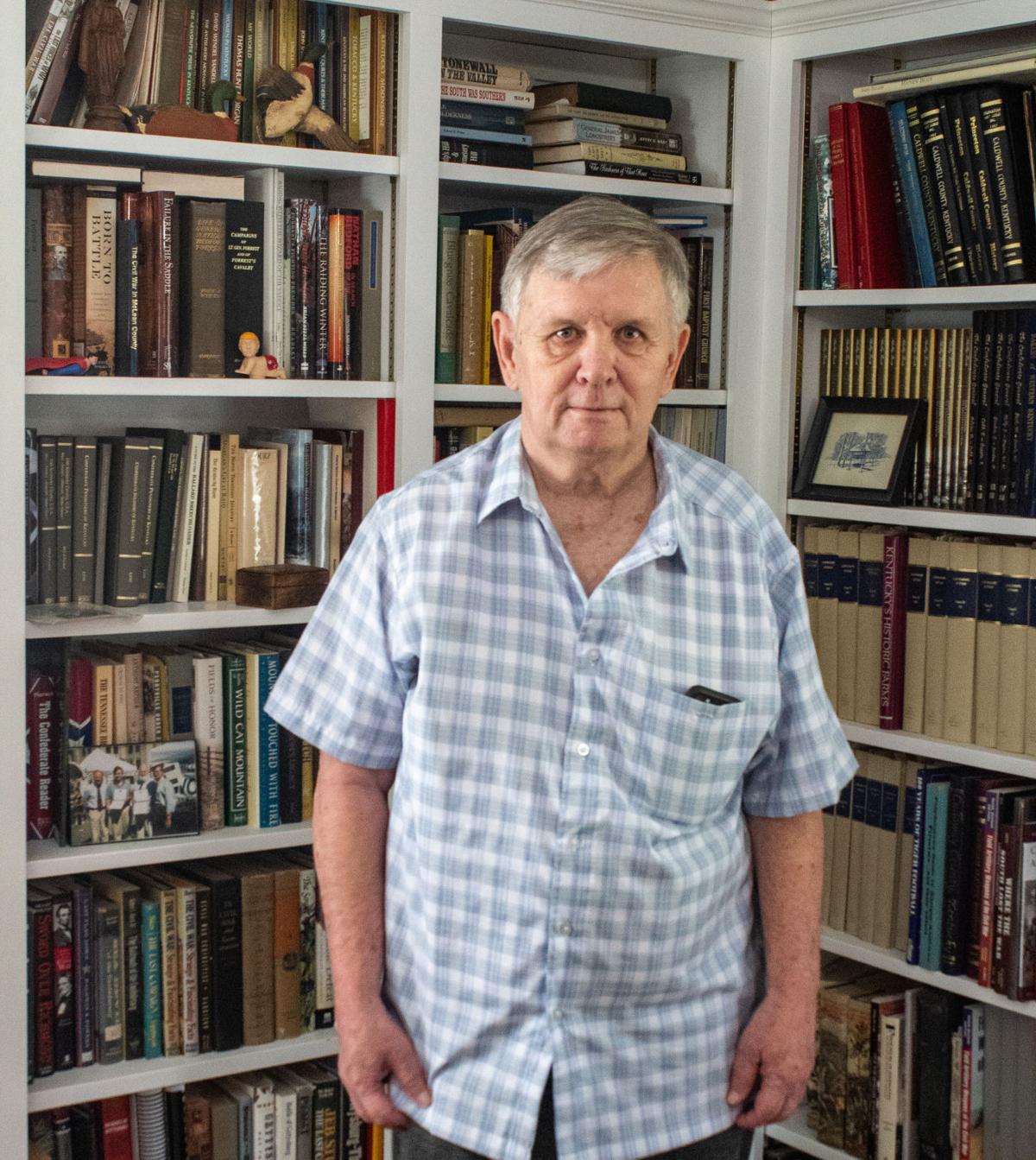 Richard P’Pool is a historian, former White House staff member, and a Princeton asset. He worked on his book, “Some Unfinished Bios of Caldwell County, Kentucky Confederate Soldiers,” for 25 years. His next book project will memorialize the other side — Union soldiers. 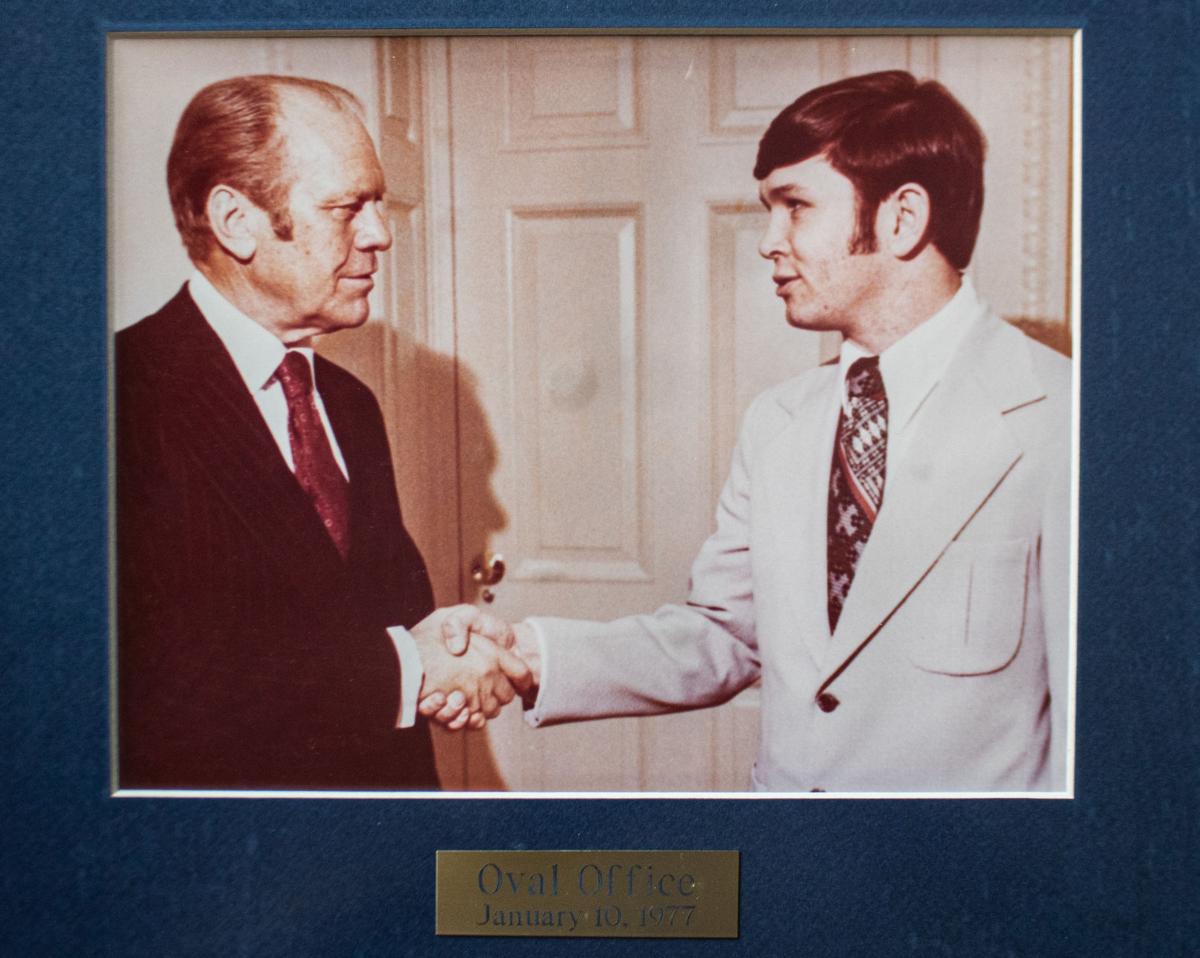 Richard P’Pool shakes hands with Gerald Ford in 1977 in the Oval Office of the White House. P’Pool has extensive knowledge of United States history as well as western Kentucky. His communication role at the White House supported and encouraged the 25-year endeavor of publishing a book of historical importance: “Some Unfinished Bios of Caldwell County, Kentucky Confederate Soldiers.” 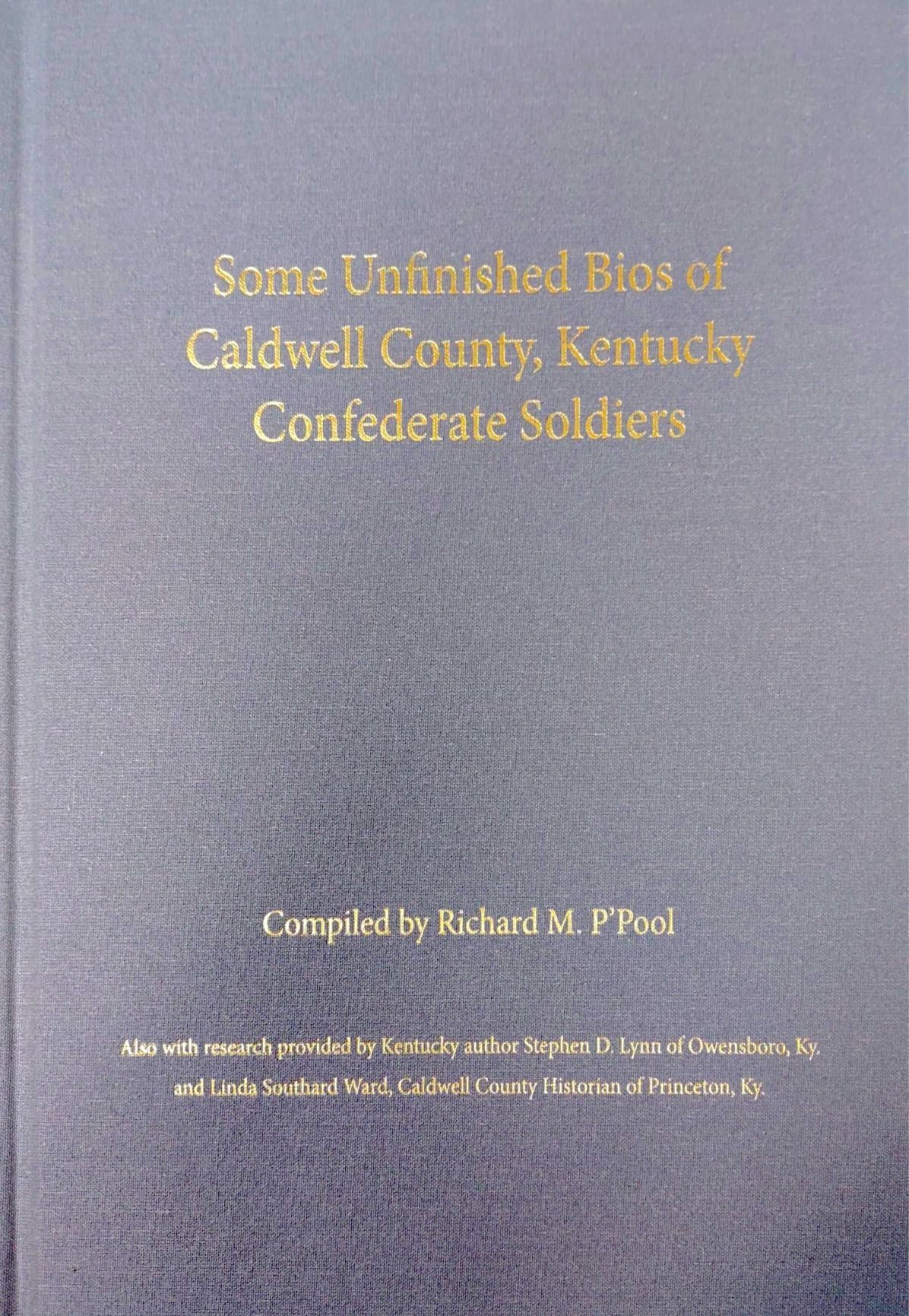 Richard P’Pool is a historian, former White House staff member, and a Princeton asset. He worked on his book, “Some Unfinished Bios of Caldwell County, Kentucky Confederate Soldiers,” for 25 years. His next book project will memorialize the other side — Union soldiers.

Some 466 Confederate soldiers are profiled in Richard P’Pool’s book, “Some Unfinished Bios of Caldwell County, Kentucky Confederate Soldiers.” His work encompasses the circumstances and pretext at the outset of the Civil War, during the war, and its aftermath.

P’Pool, who grew up with five siblings in the countryside, was born in Caldwell County in 1954. He is married to Carolyn J. Guthrie — they have four children. He and Carolyn currently live in Princeton.

He started his book research in the 1990s, beginning with Official Records of the War of the Rebellion, Census books, burial records, newspaper clippings, obituaries, tombstones, family folk tales, and various other sources.

At the time of completion in 2021, 198 books were pressed by Bookmasters Inc.— the books are available for sale at the genealogy center and P’Pool’s home.

In 2009, he had a stroke and lost his sight. He was diagnosed with multiple sclerosis in 2003.

Despite those setbacks, he remained steadfast on completing the compilation, which started with 50 soldiers 25 years ago, P’Pool said.

P’Pool’s editor, Stacy Menser, joined later in the process. Nonetheless, Menser and P’Pool established their camaraderie long before the book.

Menser is a family friend — she grew up with P’Pool’s daughter. She was also a local journalist for more than a decade.

“The references tell a story of their own,” Menser said.

P’Pool intended to memorialize the men who were from, who passed through, or moved to Caldwell County.

“It’s a history of the men that fought in the war,” P’Pool said.

P’Pool’s ancestors fought in the war, and P’Pool joined the Army at 18. Shortly thereafter, he said he was recruited to work for the United States White House Communications Agency.

There he worked under Presidents Richard Nixon, Gerald Ford, and Jimmy Carter.

In the introduction of the book, P’Pool wrote the area currently known as Lyon County was actually Caldwell County until 1854.

P’Pool clarifies in the book, “If you like this book, thank Stacy Menser. All this information I have collected for 25 years would never have seen the light of day if she hadn’t helped. Stacey did all the editing and layout of the book. She corrected my mistakes, and was quite pleasant to work with.”

Besides committing 25 years to the book, P’Pool helped organize the ghost walk cemetery events and has spoken and led presentations for Caldwell County students and civic organizations.

P’Pool said he is working on finishing up his Union soldier coverage and reportage, which is anticipated to be released later this year.