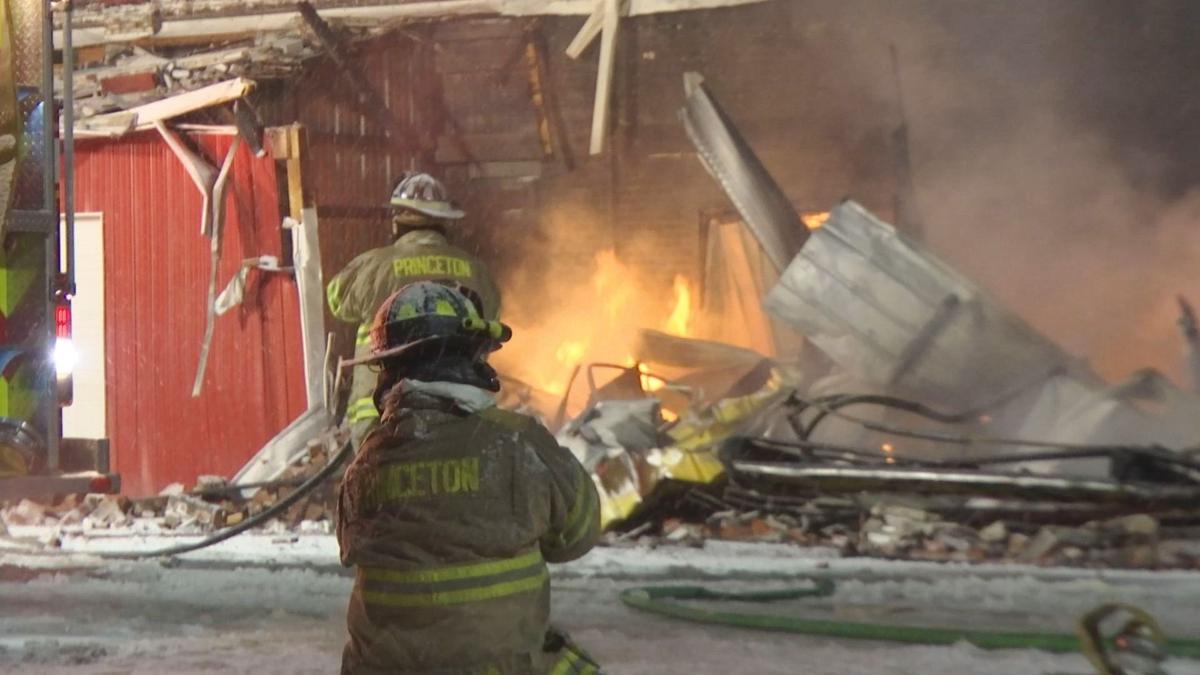 Princeton firefighters work to control the blaze at the Leroi Building on Wednesday night. The older part of the building, used before the famed Night Rider tobacco wars of the early 20th century, was destroyed, but the newer part was saved. 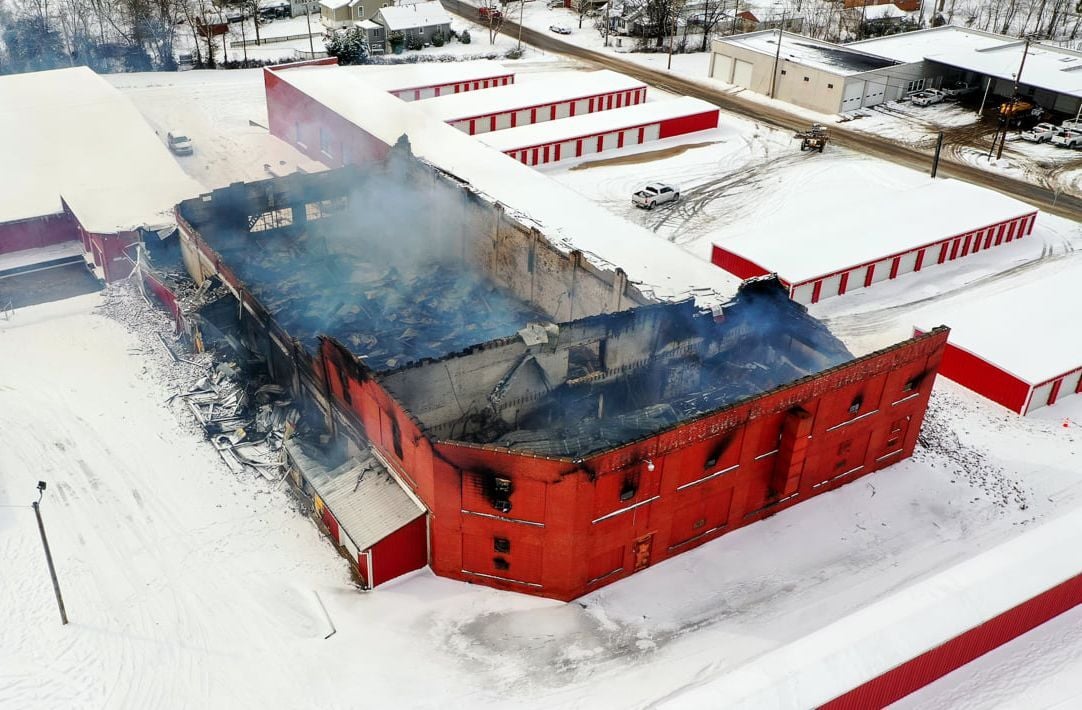 This overhead photo of the Leroi Building taken Thursday by Darren Ramey of Farless Realty shows the damage caused by the Wednesday night fire.

Princeton firefighters work to control the blaze at the Leroi Building on Wednesday night. The older part of the building, used before the famed Night Rider tobacco wars of the early 20th century, was destroyed, but the newer part was saved.

This overhead photo of the Leroi Building taken Thursday by Darren Ramey of Farless Realty shows the damage caused by the Wednesday night fire.

A Wednesday night fire at a warehouse in Princeton collapsed part of the building, but no injuries were reported.

According to Princeton Fire Department Chief Administrator Brent Francis, the call came at 8:03 p.m. and the scene was cleared at 12:48 a.m. Thursday.

The warehouse — known as the Leroi Building for the clothing brand that was once housed there — is a two-story building at the intersection of Seminary and Vine streets. Francis said a lot of the older two-story brick portion of the building collapsed.

“All of the original part of the building is a total loss,” he said. “But, the two wings that go to the south — there is one big wing on the South Jefferson Street side and one wing on the Seminary Street side — both of those are saved. … The roof had already collapsed when we got the call.

“We were able to get our aerial up and put the fire out on that south wall that kind of connected the two wings and take the pressure off of the two wings. That stopped the fire from spreading on down through there.”

Francis said that the wing on the South Jefferson Street contained forklifts, scissor lifts, campers, a motor home, boom lifts, furniture and pallets of products that were unharmed.

“There was probably as much square footage saved as there was burned,” he said.

Francis said that the cause has not been officially determined, and the insurance company would send an adjustor to investigate.

“There is nothing suspicious about it at this time,” he said. “It would be really hard to determine what happened in there (where the roof collapsed) because the destruction there was so complete.”

Francis said that it was unlikely that anyone had been in the building before the fire.

“We talked with the owners and the people that worked for them that are in and out of there a lot,” he said. “Nobody has ever known of anybody being in there. There was a concern that somebody possibly was in there and started a fire to keep warm, but there is no evidence or suspicion of that at this time.”

While the Princeton Fire Department was battling the fire, other fire departments were covering the rest of the city and Caldwell County.

Francis said no one was injured at either accident.

Francis said the building is one of the older ones in town and has served many purposes. Most recently, it is privately owned by Rodney and Margaret Heaton.

“It’s been a whole myriad of things over the years, back to tobacco warehouses,” he said. “It was Princeton Whip and Collar Company — that made leather goods. Princeton Hosiery Mill bought it.”

He added that it was used as a tobacco warehouse during the historic Night Rider tobacco wars during the first decade of the 20th century.

Francis said that Rodney and Margaret Heaton bought the warehouse and put up the red storage buildings around it. The Heatons are listed as the owners of Stowe It Inc. of Princeton.

Francis said that 23 PFD firefighters worked the fire Wednesday night. Margaret Heaton was reached by The Times Leader Thursday but declined to comment.