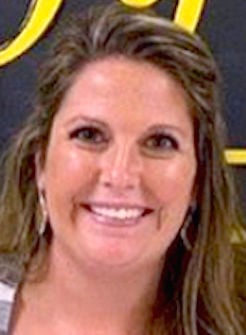 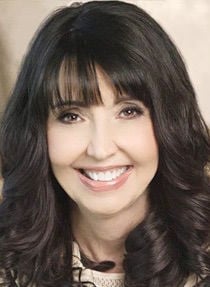 Fundraisers give people a chance to help nonprofit organizations, to make a difference for a cause they want to support.

The City-County Park in Princeton will host two fundraisers on Oct. 24, with all proceeds going toward Book for Hope, a nonprofit that provides financial help to children taking cancer treatments and their families in western Kentucky and southern Illinois by paying one bill each month for them.

The family of Owen Matthews of Lyon County — who was featured in the Oct. 3 issue of The Times Leader — has benefitted from Book for Hope.

The fundraisers will have local sports fans involved in two tournaments, both of which are seeking participants in a fun way to raise money for children’s cancer. With Halloween just a week after the tournament, there is a reduction in the registration fee for student coed kickball and adult coed softball teams that come in Halloween costumes.

The Halloween Kickball Tournament is looking for students in grades 3 through 12. Teams will be divided by grade level.

Those wanting to register their teams for either tournament should contact Lindsey Bridges at 270-625-3969 by Oct. 19.

“We’re going to have three divisions in kickball: a third through fifth grade, a middle school and a high school,” Bridges said. “Those can be coed or all boys or all girls. We did not set any regulations; it’s just by age.”

All proceeds from the tournaments, including concessions silent auction sales and shirt sales, will go to Book for Hope.

“Right now, Book for Hope is paying for 15 kids monthly,” Bridges said. “Those are not medical bills. Book for Hope pays bills like the house payment or the car insurance or utilities or the phone bill because what most people don’t realize is when a child is diagnosed with cancer, somebody has to take off work and stay with the child.

“Book for Hope tries to bridge that gap and just make it easier. That way, families don’t lose houses or cars or anything like that.”

Book for Hope was established by Gaylon Hayden of Paducah in January 2017.

“I’m a breast cancer survivor,” Hayden told The Times Leader. “After 13 surgeries, lots of treatments, my director of breast oncology at Vanderbilt told me that when children get cancer, it affects them 10 times more aggressively than an adult. That never left my mind.”

“In 2014, I felt like God wanted me to write a book to give hope to children, that there could be life after a cancer diagnosis,” she said. “It was published, and the name of the book was ‘It’s Christmas Again.’

“However, the print industry is suffering terribly because everyone is reading online, so my publisher bankrupted.”

Around that time, Hayden met with an attorney and a number of friends who wanted to start a nonprofit cancer-based organization, including Jennifer Whittington of Caldwell County.

“I started doing book signings, and all these kids were lining up,” she said. “I thought, ‘Oh, my gosh, where are these kids coming from?’ They all had cancer or their father or mother was coming to get a book because their child had died with cancer.”

The organization helps families in western Kentucky and southern Illinois who have children on cancer treatment.

“We give a portion of our proceeds every year to childhood cancer research, and (the Book for Hope board) votes in January where it’s going,” Hayden said. “This year, it’s going the same as last year. It’s going to be designated to Dr. Debra Friedman who’s over cancer research at Monroe Carell Jr. Children’s Hospital at Vanderbilt, which is a comprehensive cancer center for children.”

For more information about Book for Hope, visit bookforhope.org.