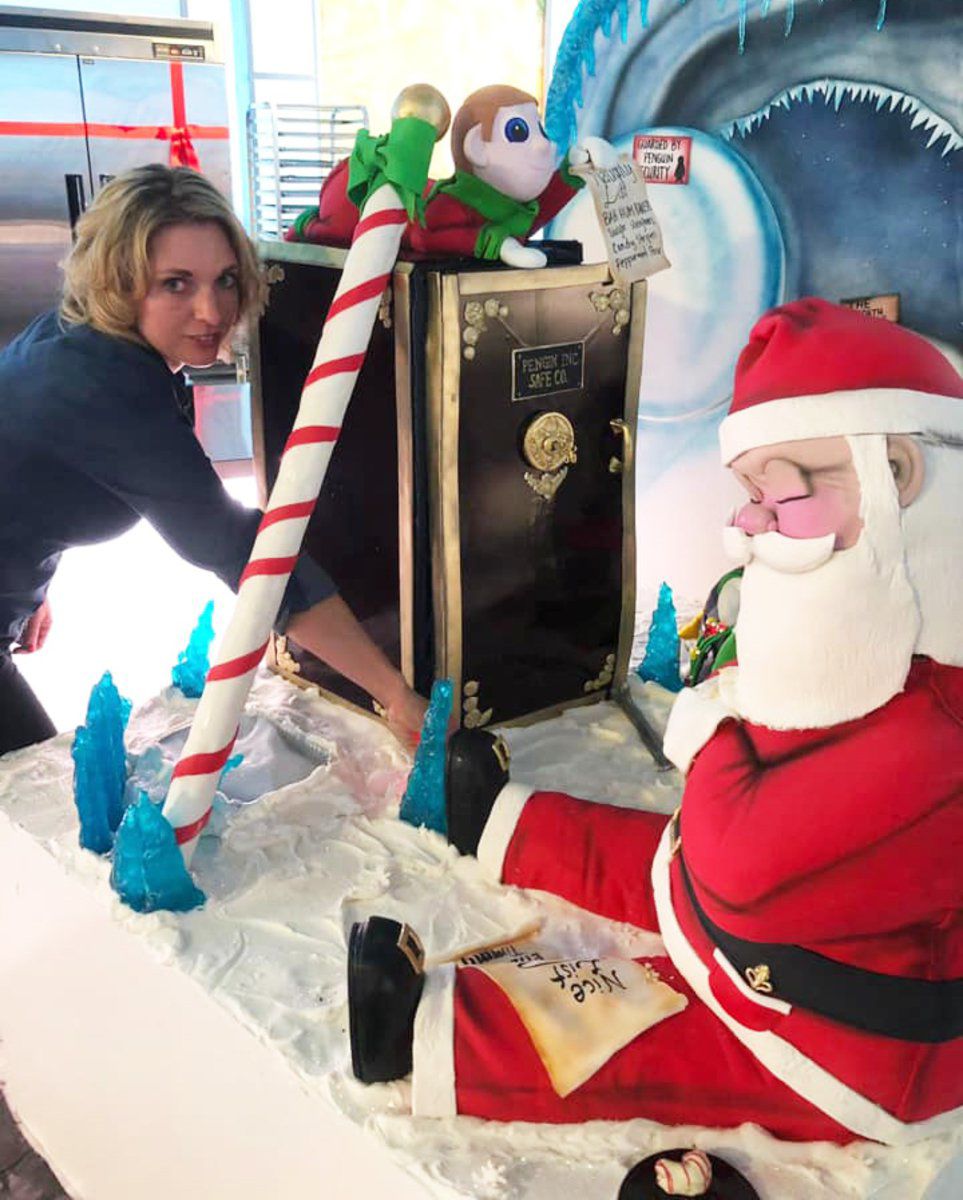 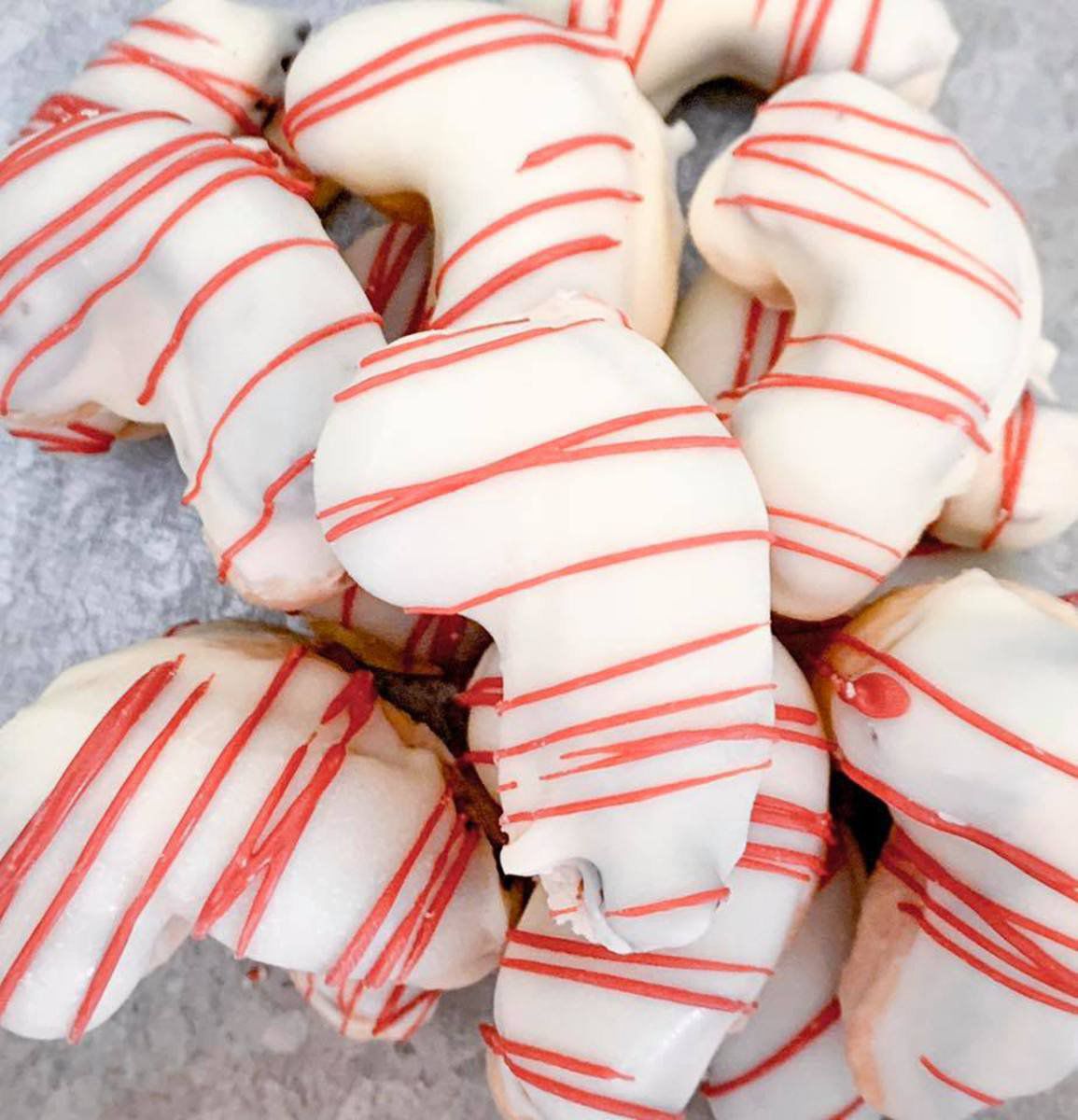 Cathy Lewis created these "sexy bourbon cookies" as her tasty element during the first episode. They've become a big hit at her shop in Princeton, Cathy's Confections, Inc. 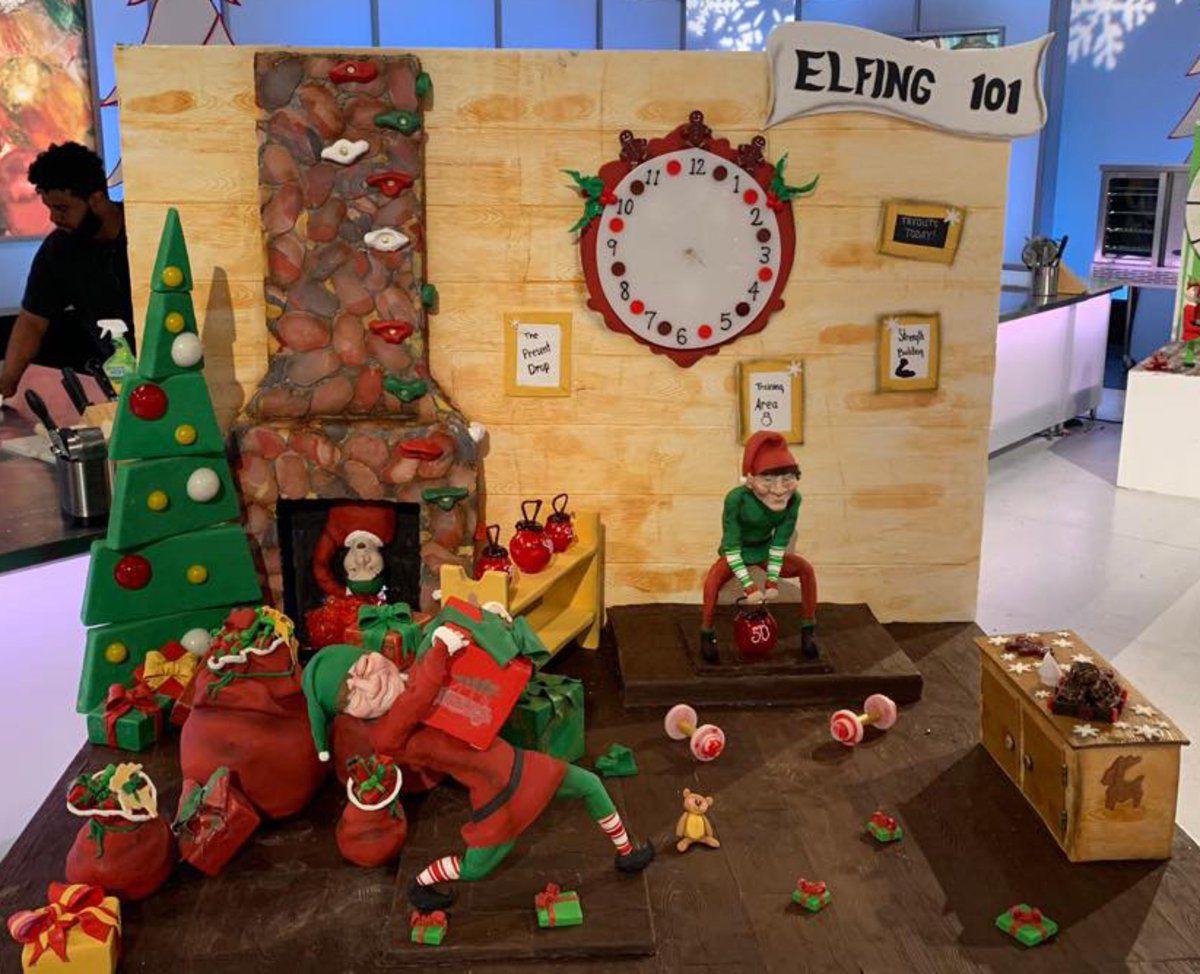 In episode two, host Jonathan Bennett challenged the four remaining teams to create a festive vision of how Santa Claus auditions his next crop of elves. Cathy Lewis created the fireplace, back wall, hardwood floor and presents in this piece. 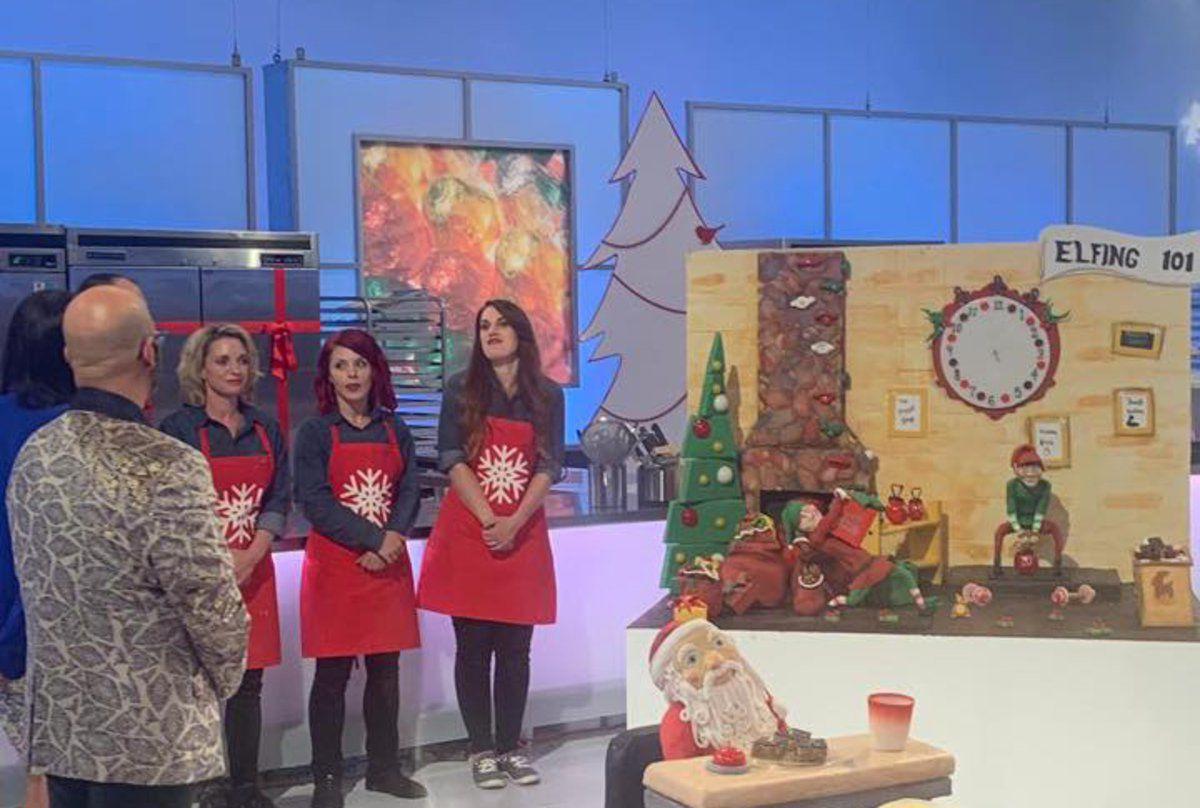 Cathy Lewis created these "sexy bourbon cookies" as her tasty element during the first episode. They've become a big hit at her shop in Princeton, Cathy's Confections, Inc.

In episode two, host Jonathan Bennett challenged the four remaining teams to create a festive vision of how Santa Claus auditions his next crop of elves. Cathy Lewis created the fireplace, back wall, hardwood floor and presents in this piece.

Princeton cake artist Cathy Lewis has been a hit on this season of the Food Network's Holiday Wars.

"The overall experience has been pretty amazing," said Lewis, 37, the owner of Cathy's Confections in downtown Princeton. "It was a unique opportunity since I normally work by myself and it was an environment where we all collaborated together."

Back in July, Lewis was asked to send an audition tape to Super Delicious, the casting company for Food Network, for the opportunity to be on Halloween Wars or Holiday Wars. She was contacted a month later for more photos of her work and was soon cast for Holiday Wars. Filming of the show took place at the start of the school year.

The show premiered Dec. 1 on the Food Network. Lewis and her team of two other cake artists and one sugar artist have advanced in each round of the episodes that have aired. The final two episodes of Holiday Wars air at 8 p.m. Sunday and Dec. 22.

Lewis said time was the biggest challenge thoughout the competition.

"Trying to complete a piece, especially those first pieces, in 45 minutes was tough," she said. "Finishing it with it looking neat and clean and completed was definitely a challenge."

Although there were struggles, she said her team knew from the beginning that they had a good shot at advancing.

"We had a really solid team," Lewis said. "Last week's episode, we knew as soon as we were done with our big piece that we had a really good chance of winning."

"We knew we had the ability to make it far because we had a lot of talent on our team."

She said she wasn't expecting Caldwell County to rally behind her as much as it has.

"The community has been amazing about the whole thing," Lewis said. "It's mind blowing to walk anywhere in town and have people you would never expect to watch the show, stop and ask questions."

While Lewis brought new skills with her back to Princeton, she also brought "sexy bourbon cookies."

"The judges had enjoyed my tasting element during the first episode, the Kentucky Bourbon sugar cookies, but I didn't realize that mine was the only element they really liked," Lewis said.

"With the way they edited the show, my tasting element ended up being the big one for the week, which I didn't expect."

She said her shop has sold over a thousand of the sugar cookies in two weeks.

"We've had people travel from Paducah and other places to get the cookies because they've been watching the show," Lewis said.

She's seen a huge spike of likes and followings of her work and personal social media platforms as well. She said doing the show was a new experience and she is thankful she did it.

"It was worth being in a new dynamic because we got to see what everybody else did and learn different techniques. We also got to see the back end of production, which is a little different than you'd expect it to be."

She said she is grateful the community is standing behind her.

"I thank the community for supporting us and backing us throughout this journey," Lewis said. "People have been sharing the show on social media and encouraging others to watch. I'm just really thankful."