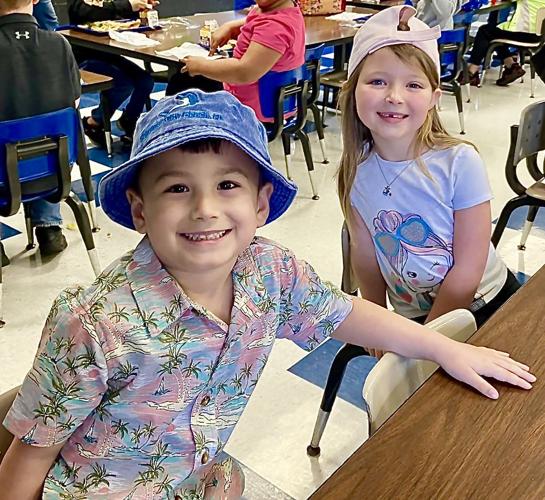 Even though Wes York was a high school teacher, support came from the entire Caldwell County school system. When The Community Disciples organized a “Hats Off to Wes York” fundraiser, students from the primary, elementary, middle and high schools participated. York passed away May 21. 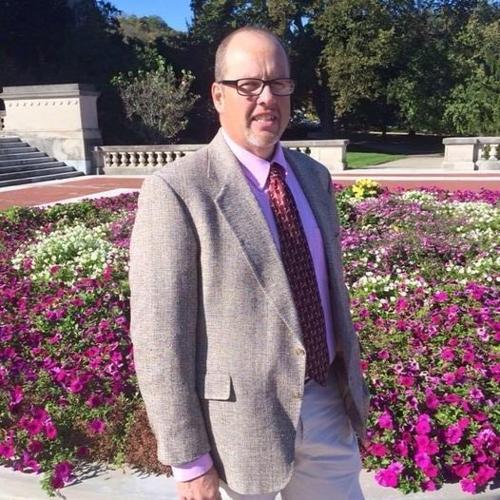 Wes York, a longtime teacher at Caldwell County High School, was born in Marion in 1974. With his passing on May 21, York is survived by his wife, Nikel York, and his two daughters. 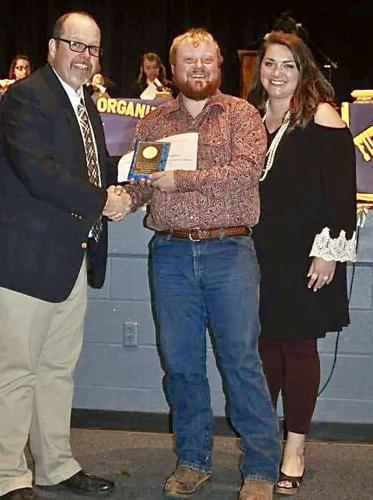 Wes York (left) is pictured with Benji Kilgore (center) and Magen Roberts Woods (right). Woods is also an ag teacher at Caldwell County High School and serves as an FFA advisor. Kilgore was a student of York's and a member of FFA with York as his advisor. 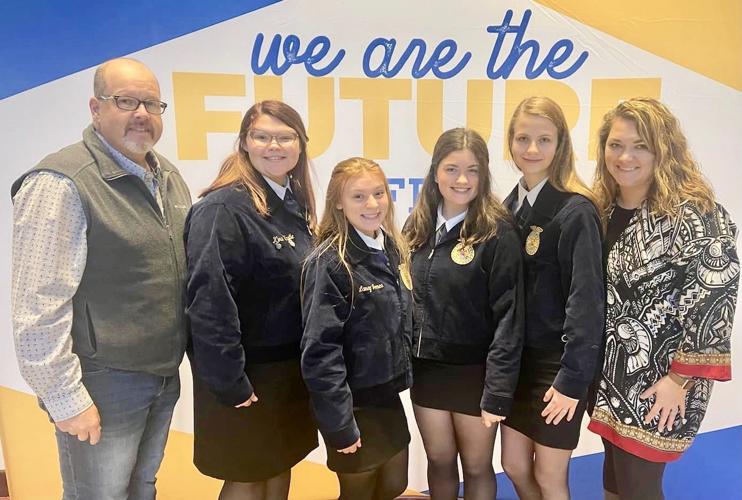 Even though Wes York was a high school teacher, support came from the entire Caldwell County school system. When The Community Disciples organized a “Hats Off to Wes York” fundraiser, students from the primary, elementary, middle and high schools participated. York passed away May 21.

Wes York, a longtime teacher at Caldwell County High School, was born in Marion in 1974. With his passing on May 21, York is survived by his wife, Nikel York, and his two daughters.

Wes York (left) is pictured with Benji Kilgore (center) and Magen Roberts Woods (right). Woods is also an ag teacher at Caldwell County High School and serves as an FFA advisor. Kilgore was a student of York's and a member of FFA with York as his advisor.

Caldwell County lost a pillar of the community last weekend with the passing of longtime teacher Wes York on May 21. In the days afterward, support and tributes have been pouring out of the surrounding community, with past students, parents and friends sharing pictures and memories they have.

York, who was 48, leaves behind his wife Nikel and two daughters, Hannah Feagan and Kylie York, along with a career’s worth of students whose lives he affected as an educator. Funeral services were held Thursday, May 26 at the C.A.B. building at Caldwell County High School.

York’s teaching career spanned four years in Hampton, Arkansas, and the past 22 years at Caldwell County High School, according to his obituary. He is also remembered for his dedication to Caldwell County’s Future Farmers of America club and agriculture department, both as club advisor and head of the department.

The Caldwell County FFA Alumni also sponsored a meal for FFA members at Majestic Steakhouse in Princeton after the funeral service. The school’s agriculture department announced the meal on Facebook, noting that York was a “remarkable teacher who changed the lives of thousands of students throughout his 26 years in the profession.”

“Words cannot describe the loss felt by our program,” it said.

In 2016, York received the National Association of Agricultural Educators Outstanding Agricultural Education Teacher Award, one of only six recipients nationwide. According to the NAAE, this award “distinguishes NAAE members who are at the pinnacle of their profession — those who are conducting the highest quality agricultural education programs.”

It “recognizes leadership in civic, community, agriculture/agribusiness and professional activities.”

Christy Phelps was principal of Caldwell County High School at the time of York receiving the teacher award, and this is what she had told the NAAE:

“Perhaps the most impressive attribute (of York) is the relationships he develops with students. Mr. York is that rare teacher with the perfect balance of fun, learning, respect and discipline within his class and within each student relationship. He genuinely values what each student brings to class and can contribute to society.”

York, who was born in Marion, had taught at Caldwell County since 2000, and his impact on students is still felt. Earlier this year, the school participated in a fundraiser for the family. On May 6, Caldwell County students could pay a dollar and wear a hat in support of York. Students from all schools participated, and proceeds went to his family.

The project was organized by The Community Disciples, a nonprofit organization that was started in 2004 to serve the youth, elderly and needy of Caldwell County.

One of the hallmarks of Caldwell County FFA is competition, and York had a competitive spirit.

He encouraged students to participate in regional, state and national FFA competitions, often times noticing particular talents and encouraging specific students to sign up for events. Caldwell County FFA also participates in the Murray State University Field Day every year. York was unable to be at any competitions this year, but that doesn’t mean his influence wasn’t felt.

At this year’s Field Day, Dr. Tony Brannon, the dean of the Hutson School of Agriculture at Murray State, led the entire arena in a chant of “York Strong” during the festivities. The chant circled around the arena with students and staff doing the wave as it reached them.

York also served as an elder at Cumberland Presbyterian Church in Fredonia, where he attended, as well as a Sunday School teacher. He even preached on occasion.

Several members of the Caldwell County Fiscal Court took time out of their meeting Tuesday to remember York. Judge-Executive Larry Curling worked with him at one time — York was a bus driver when Curling was transportation director.

“Wes was always willing to go the extra mile,” Curling said. “If you needed somebody, he was there to step up.” Curling also made note of the “thousands of students” York had mentored throughout his career at the high school.

Jeff Simms, the magistrate for district four, graduated with York.

“He was the president of our FFA chapter when I was in FFA with him for four years,” Simms said. “(I) went to school with him the entire time, and you could just not find somebody more dedicated to his family, his faith and the children of Caldwell County.”

“Even 30 years after,” continued Simms, “he was still as dedicated as the time that he served as our chapter president. it’s just a tremendous, tremendous loss for our community, and I know there are so many young people that are affected.”

Simms also said that York’s legacy would continue to live on in the community. One person who understands that legacy is Stacey Kilgore. Kilgore knew York when he was in FFA, and then her son Benji had York as both an agriculture teacher and FFA advisor.

“York had two daughters and then he had a lot of kids,” Kilgore said. “This was because he did not treat his students as just students. They were his kids. He cared about them and what they were doing and who they were doing it with.”

Kilgore mentioned that York was so proud of his two girls, and he would celebrate with any student over their accomplishments.

“He celebrated with you when you won and told you not to worry, that you would do better next time (when you didn’t win),” she said.

“He was there to be involved,” Kilgore continued, “serve where he was needed. He taught where needed.”

Kilgore shared that she was once privileged to hear York preach, and that “he could teach in church just as good as in the classroom.” Her son now works as an agriculture teacher and serves as an FFA advisor, which Kilgore credits to York.

“I am humbled and honored to have known and worked with Wes York,” she said. “He will forever be missed and loved.”

Charitable donations can be made to the Wes York Agriculture/FFA Memorial Fund, according to his obituary. Donations can be mailed to Fredonia Valley Bank at P.O. Box 135, Fredonia, KY 42411.