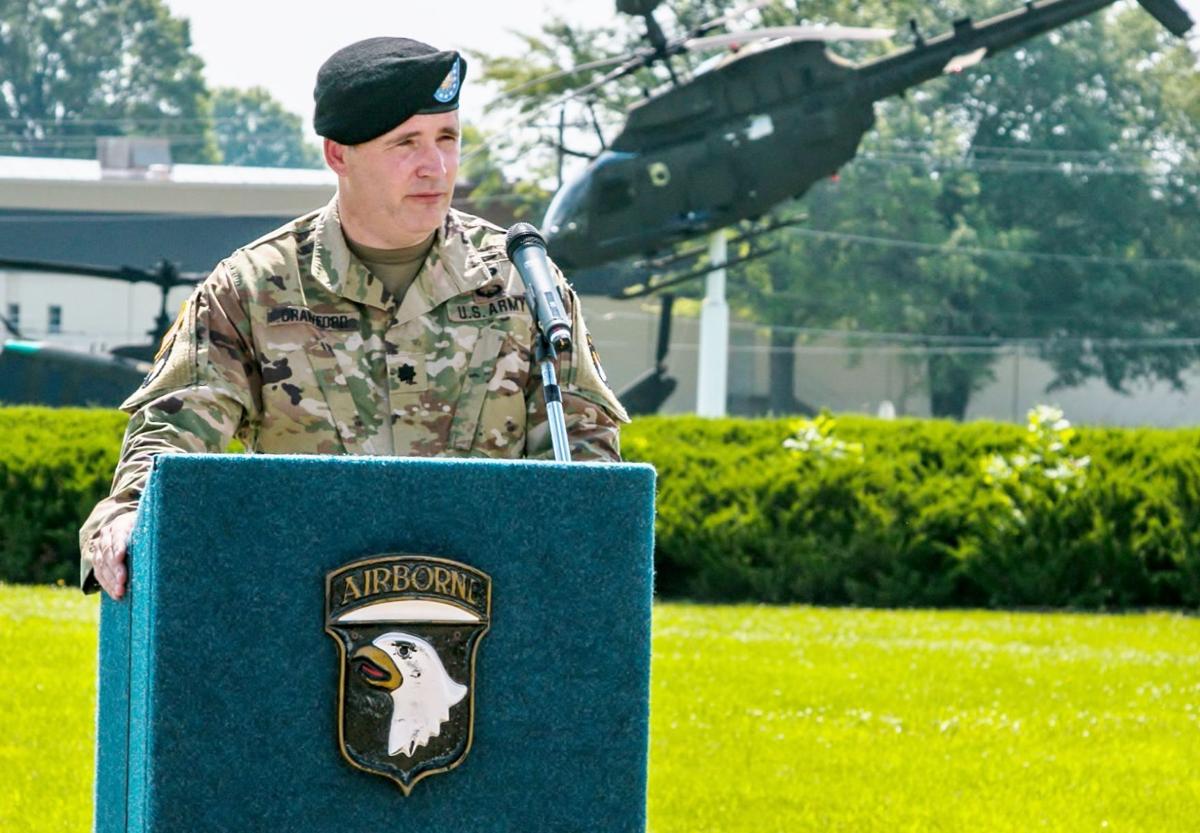 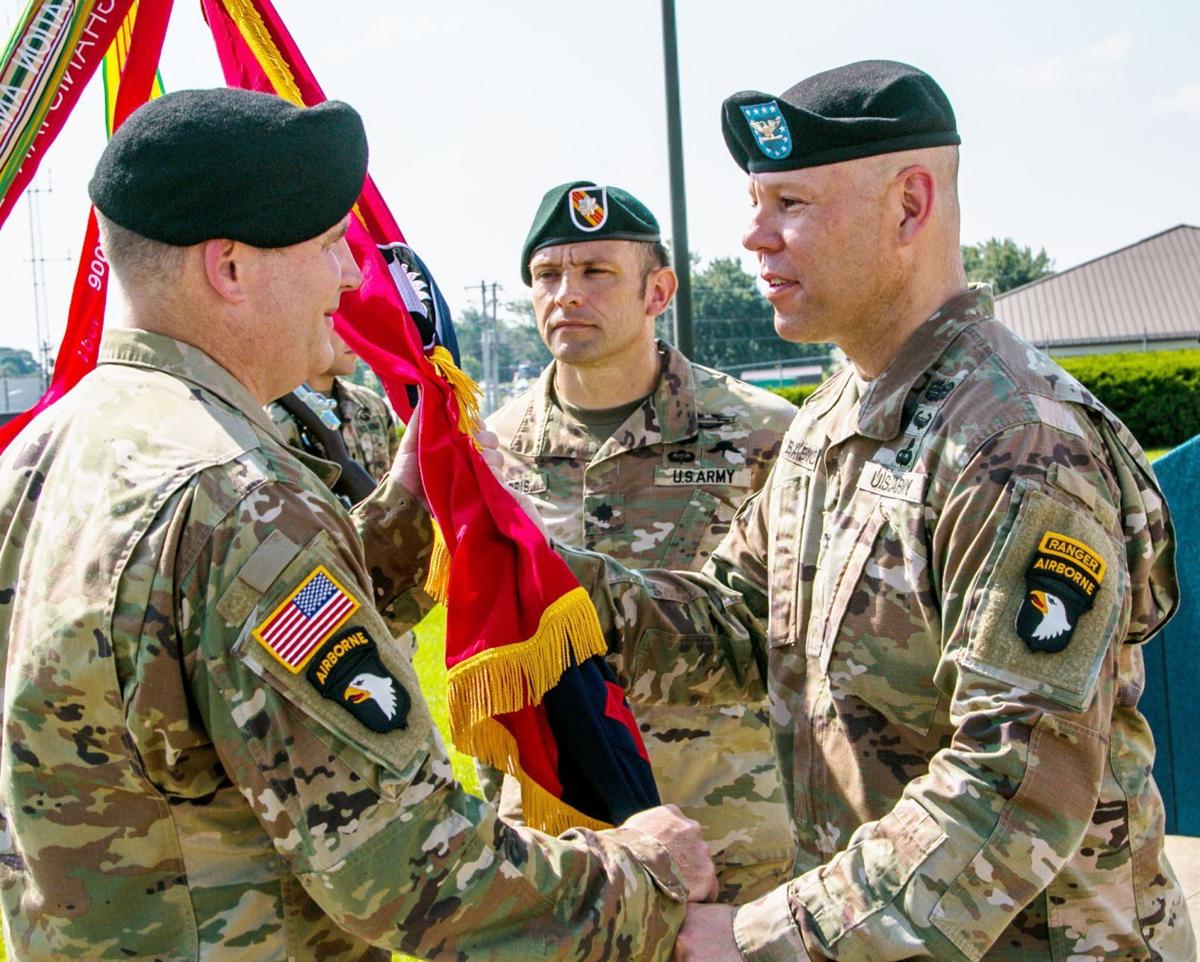 Lt. Col. Matthew Crawford returned to Fort Campbell this month to take command of Headquarters and Headquarters Battalion — and he has ties to Caldwell County.

Crawford’s wife is Nan Boyd, and she is the daughter of Billy and Mollie Boyd of Princeton. They have two children: daughter Reagan, who is 13, and son Jack, who is 11.

“(Nan’s) family has been in the area and in Princeton dating back to pre-Revolutionary War, in that time frame,” he said.

Crawford assumed command of Headquarters and Headquarters Battalion in a ceremony July 9. The battalion is a part of the 101st Airborne Division (Air Assault) at Fort Campbell.

“It’s exciting,” he said. “With my wife’s connections to Princeton and our previous experience here — we’re both graduates of Western Kentucky University — it’s coming home.

“This was our No. 1 choice (to go to); this is exactly what we wanted to do. We feel very fortunate. My children were born here, and I got married while I was at the 101st, so it really is coming home.”

Since leaving Fort Campbell at the end of 2011, the Crawfords have been to Arizona, Colorado, Virginia and, most recently, Tampa.

“(Nan’s) entire family — her extended family, as well — are all in Princeton, so she was ecstatic to get back to family, and so was I,” Crawford said. “Her family has really been my extended family. It was wonderful, and she was very excited.”

Headquarters and Headquarters Battalion consists of division staff that works for the commanding general, who is currently Maj. Gen. Brian E. Winski.

“Our purpose and role is to deploy the division in order to support the commanding general’s ability to command and control,” Crawford said. “The vehicles, the maintenance, the equipment — all those things that go into the division headquarters — that falls under the battalion.

“So, when the division headquarters deploys somewhere, we would be responsible for getting that equipment there, maintaining it and taking care of it.”

Headquarters and Headquarters Battalion deployed to Liberia in 2014 to assist with the ebola epidemic in west Africa as part of Joint Force Command-Operation United Assistance under then-Maj. Gen. Gary J. Volesky.

It helped to set up ebola treatment units and other medical facilities as well as establish infrastructure for access to those facilities.