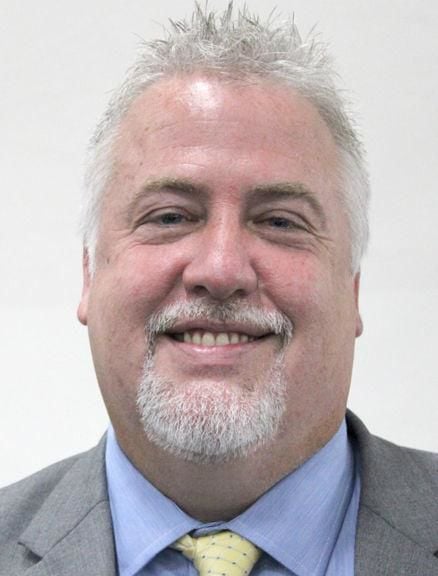 According to the report, OEA staff members visited the school district on Nov. 22, 2019, and interviewed district employees and administrators. It also obtained documents related to the investigation.

Huggins began his tenure as Caldwell County superintendent on July 1, 2018, and presented a letter of retirement to the school board on June 15, 2020, with an effective date of Aug. 31, 2020.

Huggins’ retirement came on the heels of an incident where he admitted to plagiarizing a letter to graduating seniors in a special section of The Times Leader.

Asked if the OEA report brought closure to Huggins’ tenure in Caldwell County, Cartwright said, “I believe when Mr. Huggins retired at the end of August, that brought about any closure with our school district relating to anything with Mr. Huggins.

“We feel really good about the people that we have working with the children of Caldwell County schools. While we know that nobody is perfect and that we can always do better, we acknowledge a desire to always do better. Our school district doesn’t shy away from always looking to find ways to improve and provide the best opportunity for our children.”

The OEA report dealt with four specific allegations brought to the OEA’s attention:

According to the OEA report, the vacancy was posted on June 13, 2019, and 15 applications were accepted and some interviews conducted.

At that time, Laura Lee White was the assistant principal and curriculum coordinator for Caldwell County Elementary School, a position she had held for four years. She applied for the CCMS position after Huggins and Director of Instruction Gretchen Wetzel spoke to her about the job.

White submitted her application on June 24, 2019, and Huggins signed the recommendation for employment form that same day.

Huggins sent White a letter dated June 28, 2019, saying he was reassigning her from her positions at CCES to assistant principal at CCMS for the 2019-20 school year. The CCMS Site-Based Decision-Making Council was not consulted about the transfer.

The OAE referred to Kentucky Revised Statute (KRS) 160.345, which says that school principals are entrusted with the ability to make personnel decisions after consulting with the school-based decision-making council.

The OAE determined that Huggins was not permitted to make the transfer and should have allowed the CCMS principal to use his selection rights and the school council its consultation rights.

The OEA said that if Huggins returns to a superintendent’s position, he should obtain two hours of training by a Kentucky Department of Education-approved trainer on hiring and transferring school personnel.

• That Huggins improperly instructed district personnel to have no contact with board of education members.

According to the OAE report, in the spring and summer of 2019, several teachers attended at least two Caldwell County School District Board meetings to show support for an employee of the district and to voice concerns over a personnel decision involving that employee.

On the first day of the 2019-20 school year, Huggins commented to district employees about communications with school board members.

According to the OAE report, Huggins said, “If you want to speak to a board member, you go through me” and “If you need to contact a board member, then my office will set that up for you. Call my secretary.”

When asked about his comments, Huggins said he mentioned the chain of command and added that he believed that everyone should “give respect to those levels with no end run” around him to the board.

The OEA stated that a blanket prohibition from a superintendent to district employees to have no communication with board members without first speaking to him is inappropriate.

The OEA advised the school district how to not impede proper contact by district personnel with board members.

• That Huggins used school personnel for personal matters and improperly used his district-provided vehicle for personal use, and that he used employees and students to help him in several instances.

As part of his contract, the Caldwell County School District agreed to furnish Huggins with the use of a vehicle to be used for all work-related travel with limited personal use to within Caldwell County.

According to the OAE report, Huggins used his district-provided Chevrolet Suburban for personal use outside the county three or four times in trips to Elizabethtown to move personal items back to the school district. He used his own trailer and paid for the gas for each trip.

Permission to use the vehicle for personal use outside the district was not discussed, approved or ratified at any regular or special board meeting, and eventually, Huggins was advised to end the trips in the district-provided vehicle.

Another related allegation was that Huggins used his district vehicle to drive to Paducah with another district employee, where Huggins picked up a new personal car and had the employee drive the district vehicle back to Caldwell County.

Huggins allegedly had a student help him move from one house to another within the district as well as one high school graduate, paying them $25 per hour plus gas money for one evening’s work after 5 p.m.

Huggins is alleged to have had the Caldwell County carpentry class repair the porch at his rental house, paying the required $25 per day for four days of work and purchasing the materials needed. There were several other allegations of using employees do personal work for him.

The OEA found no impropriety in the use of his district-provided vehicle and no misuse of district employees and materials.

It did find that the use of employees to move a dresser at Huggins’ house was sanctioned by the board without the board taking action at a board meeting, a violation of the Open Meetings Law.

The OEA advised the school board to conduct district business at public meetings and said the members of the board will get two hours of training in the Kentucky Open Meetings Law.

• That Huggins was in an accident while driving a district school bus and failed to report it and had the damaged car repaired by the district bus garage.

Huggins had a license to drive school buses and has done so for 22 years. He was serving as a substitute bus driver when he had to turn around to pick up a student.

He backed up, but when he pulled forward, the report said he thinks a car that was at a stop sign pulled up, causing the bus to hit the car.

The impact caused some damage to the car and a 6-inch gash on the bus.

Huggins checked on the students and the person driving the car. He documented the identity and seat location of each student and passed the standard drug and alcohol screen administered by Caldwell Medical Center.

The school district’s insurance paid for the repairs and a rental car or the family while the car was being repaired.

The OEA found no violation of education law or regulation in the action and provided no resolution to the allegation.

Shamarria Morrison contributed to this story. Morrison is a reporter and weekend anchor at WPSD Local 6 in Paducah.