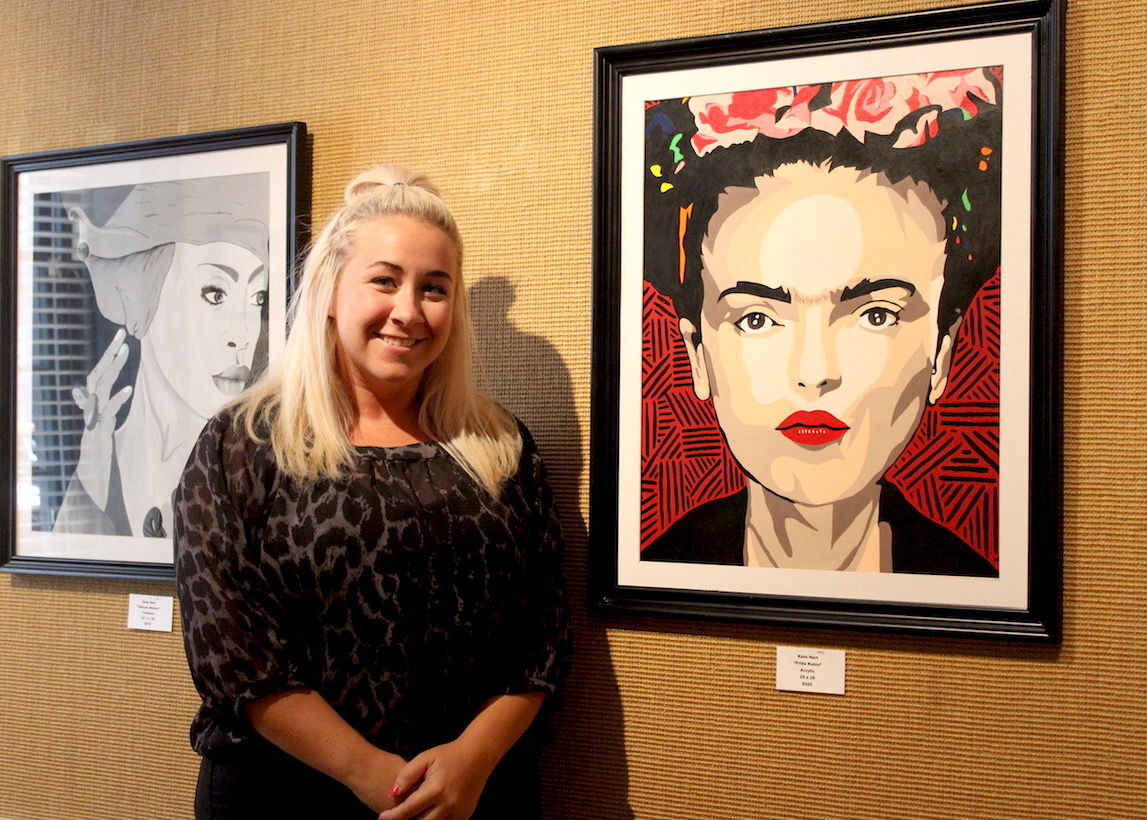 Kate Hart poses with her portrait of artist Frida Kahlo, on exhibit at the Princeton Art Guild through September. 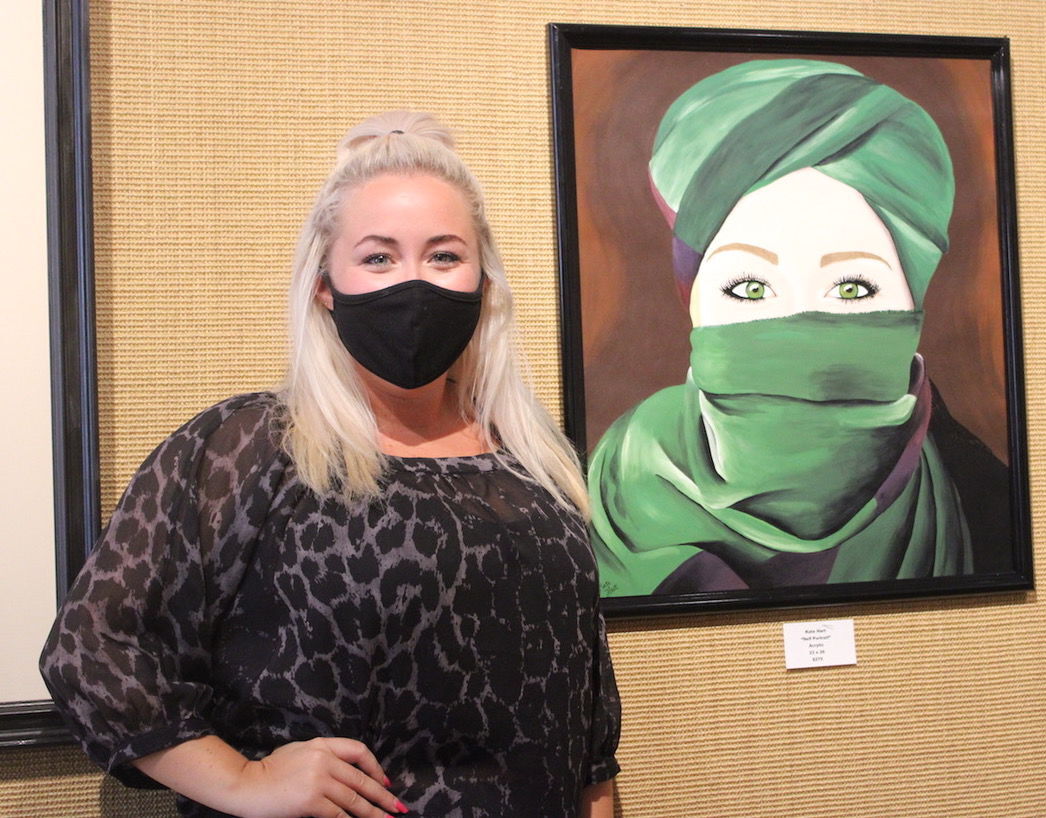 Kate Hart poses with her self-portrait wearing a hijab, which goes well with the facemask she is wearing to prevent the spread of COVID-19. Hart’s artwork is on display at the Princeton Art Guild through September.

Kate Hart poses with her portrait of artist Frida Kahlo, on exhibit at the Princeton Art Guild through September.

Kate Hart poses with her self-portrait wearing a hijab, which goes well with the facemask she is wearing to prevent the spread of COVID-19. Hart’s artwork is on display at the Princeton Art Guild through September.

Kate Hart has traveled the world, but it is her world of art that is on display at the Princeton Art Guild.

A reception for Hart’s current exhibit will be held from 2 to 3:30 p.m. Sunday at the Princeton Art Guild at 115 E. Main St.

“I moved and traveled a lot to study the languages,” she said. “I’ve lived in Colombia, Morocco, China, Spain and I’m about to move to Israel, to Tel Aviv. I’m about to study my master’s (degree) there.

“I speak Chinese, Arabic and Spanish. I graduated in 2019, and then I went to Spain to teach English for a year in between. I graduated from the university and started my master’s, which I’ll start in a couple of months.”

In Israel, Hart will study conflict resolution with an interest in learning more about eastern Asian conflicts and Latin American conflicts.

“For societies and countries that are kind of on the tipping point, I’m interested in going in and addressing some of the underlying issues like water instability and common equality and gender issues that can take the country from falling into conflict and, instead, pushing them toward peace,” she said.

Hart, 24, said she had to leave Spain because of COVID-19 issues and came home in late March.

“It gave me a lot of free time, so I was able to use that free time to get back into this passion,” she said. “It’s a bit separate from what I intend to pursue career-wise, but it’s still something that I definitely enjoy doing.”

Hart’s interest in art began in high school. She attended several art camps at the Guild over the summer.

Hart’s art exhibit features several portraits of people, including Marilyn Monroe and fellow artist Frida Kahlo, as well as a self-portrait of her wearing a hijab.

“These are my favorite pieces in the show,” she said, indicating the portraits. “I like strong women, and I think they represent a lot of power and strength. I enjoyed them not only visually but because I enjoyed painting them the most.”

Hart said that she is a fast painter, having painted 13 of the 19 exhibited pieces in the month of July.

“I talked with (Guild House Director Melissa Peek), seeing if a show would be a possibility, and she said that she had August and September open,” Hart said. “I agreed, and then I realized that I didn’t really have many paintings any more because I paint them as gifts and give them to people.

“So, I painted almost everything (in the exhibit) in July to be able to have the show.”

Hart said the only painting in the exhibit that is not for sale is one of a big cow.

“I painted that for my sister when she got into medical school,” she said. “That was her gift for all her hard work, so she is not willing to part with it.”

Hart said painting is a creative outlet for her, while her career in international conflict resolutions comes first.

“This show is a lot of fun because I got to paint for myself again and paint things that I’m really interested in,” she said. “There are so many more women that I want to paint portraits of. Hopefully, I’ll get to do some of those.”