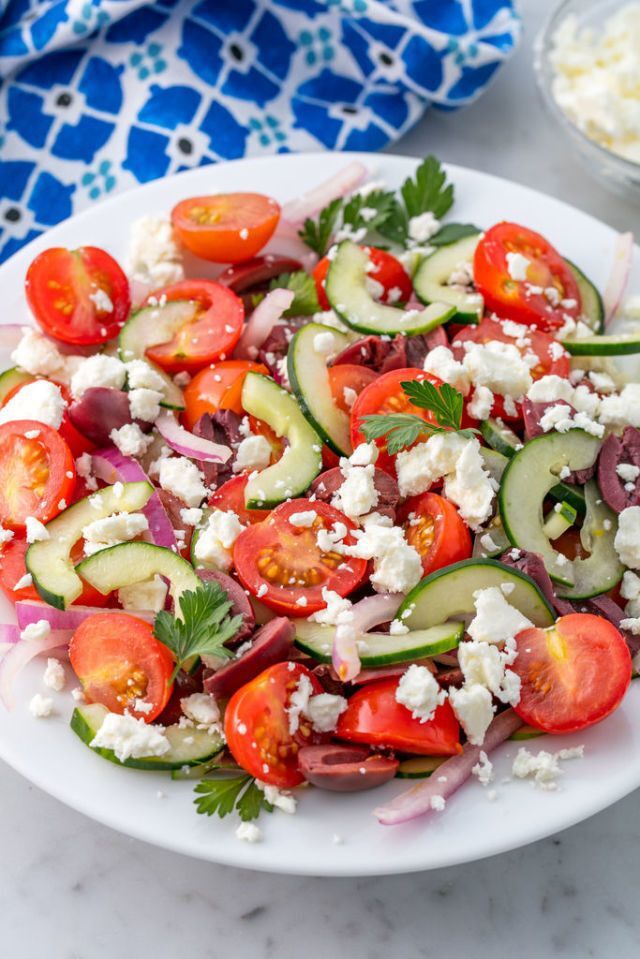 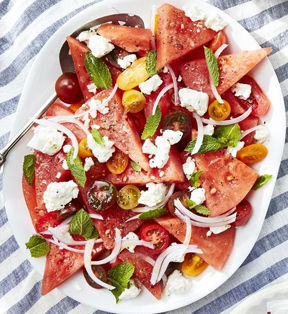 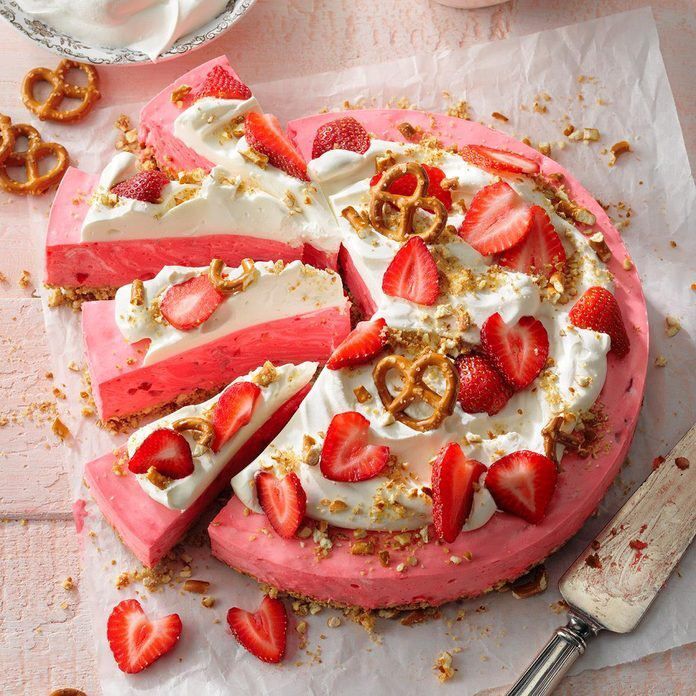 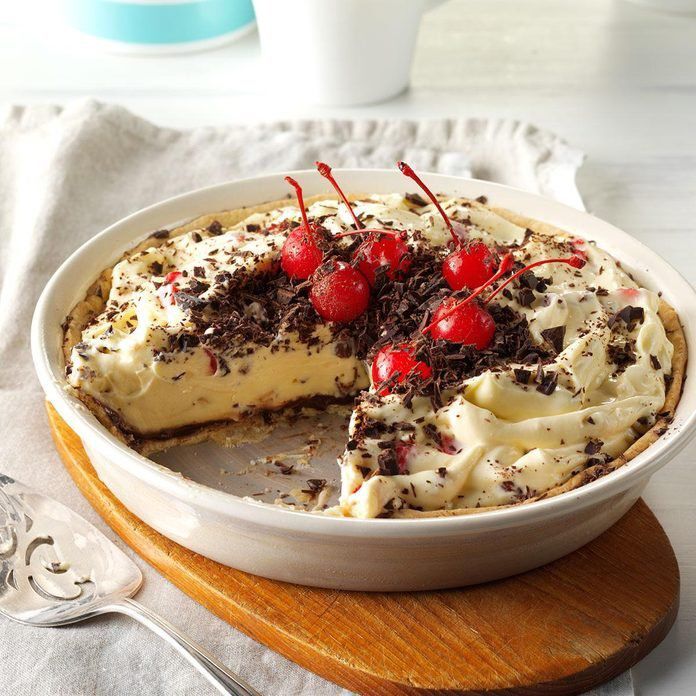 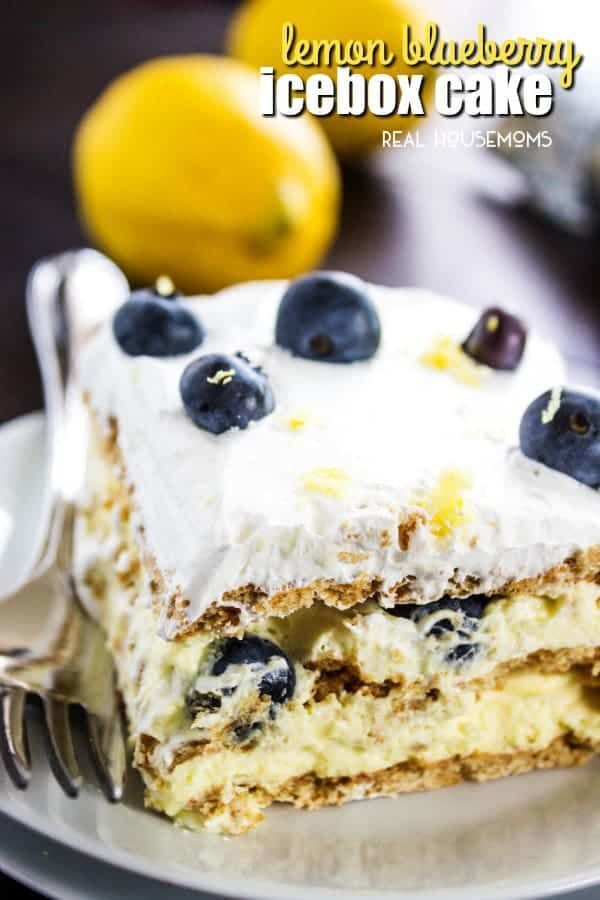 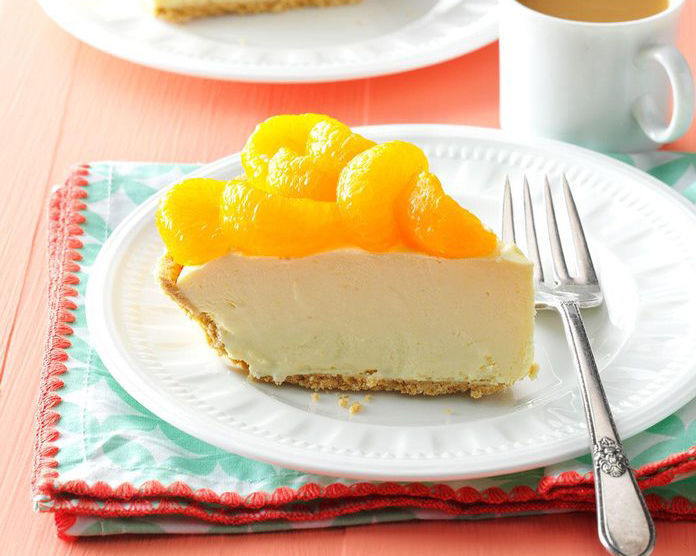 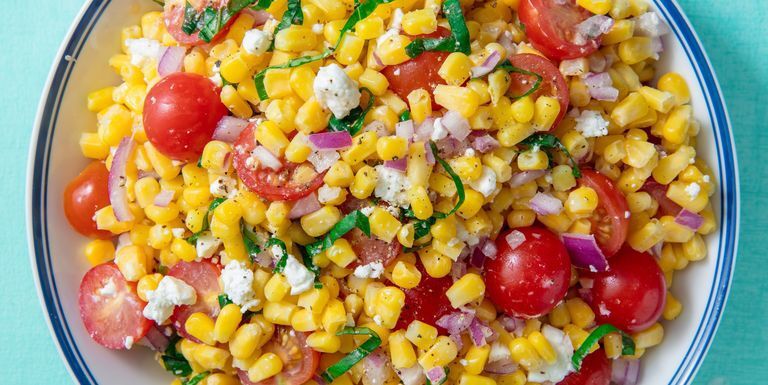 Warmer temperatures are finally here, and sometimes we feel as though we need something refreshing and light, rather the hearty meals we tend to eat in the winter months. Today, we are sharing some recipes for salads and light desserts.

4 c. fresh or frozen corn, rinsed and drained if frozen

Toss all ingredients together in a large bowl, then season to taste with salt and pepper.

1 cucumber, thinly sliced into half moons

Juice of ½ a lemon

In a small saucepan over low heat, cook and stir ½ cup milk and the chocolate until chocolate is melted and mixture is thickened, about 4 minutes. Stir in ¼ teaspoon extract.

Pour into pie shell; set aside. Set aside eight whole cherries for garnish.

Chop the remaining cherries; set aside.

Stir in chopped cherries and almonds.

Pour over pie. Chill 4 hours or until set. Garnish with whole cherries and, if desired, chopped chocolate.

In a large bowl, beat cream cheese and orange juice concentrate until smooth. Fold in whipped topping; pour into crust. Cover and freeze for 4 hours or until firm. Remove from the freezer about 10 minutes before cutting. Garnish with oranges.

Note: May substiture lemonade, mango and pineapple juice instead of orange

Warmer temperatures are finally here, and sometimes we feel as though we need something refreshing and light, rather the hearty meals we tend to eat in the winter months. Today, we are sharing some recipes for salads and light desserts.

Line a 13x9 inch baking dish with a single layer of graham crackers. If you need to fill in a few spots, break the crackers into small pieces and fill the holes.

In a large bowl mix together 2 boxes of instant lemon pudding mix with 3 cups of milk. Beat until well combined, about 2 minutes. Beat in cream cheese until smooth. Gently fold in 2 cups of Cool Whip until combined.

Take half of the pudding/cream cheese mixture and spread over the first layer of graham crackers. Cover with 1 cup of the blueberries.

Top the blueberries with another layer of graham crackers. Fitting to the pan just like instructed above in the first step. Repeat with pudding and blueberries.

Top with one more layer of graham crackers and top with remaining Cool Whip & 1 cup of fresh blueberries.

Cover with plastic wrap or foil & place in the fridge for 4-6 hours to chill and allow pudding to set.

Right before serving, zest lemon and sprinkle the cake with the lemon zest, slice and serve.