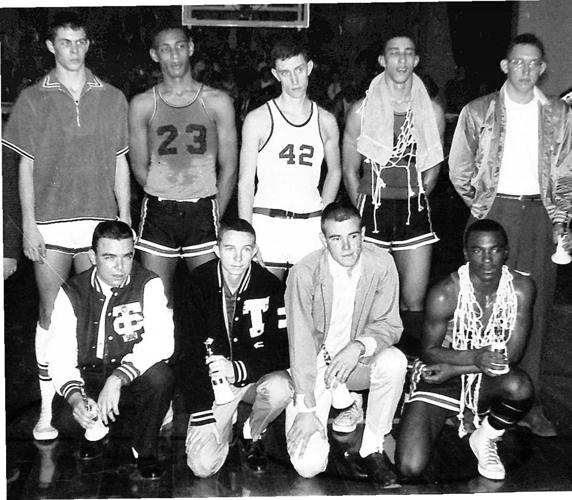 Western Kentucky University has announced plans to retire the jersey of the late Hilltopper basketball great Dwight Smith with a halftime ceremony in early February.

The retirement is planned for the Hilltoppers’ home contest against The University of Texas at El Paso (UTEP), set for a 3 p.m. tipoff, on Saturday, Feb. 4. Smith, a Princeton native, was a son of the late Henry and Pearl Smith.

He will be just the 11th person in program history to join this prestigious club, according to WKU.

“Dwight Smith is one of WKU basketball’s all-time impactful players and an important component of the rich history of excellence and tradition of our program,” said Director of Athletics Todd Stewart.

“He played a vital role on a pair of conference champion and NCAA Tournament teams, and along with Clem Haskins helped integrate WKU basketball. His jersey certainly deserves the prominence of being placed in the rafters of E.A. Diddle Arena, and we are excited to honor him alongside his family on Feb. 4!”

A statement from the Kentucky High School Basketball Hall of Fame noted that “Dwight was a catalyst for highly successful Princeton Dotson teams from 1960-1963. A great rebounder and defender, he led Dotson to the state tournament in 1963, which was the last year of the school before consolidation.

“He made the all-state tournament team in 1963 along with Hall of Famer Clem Haskins with whom he would team up in 1966 on arguably Western Kentucky University’s greatest team.”

Smith, a guard from Princeton, starred on three of the greatest teams in the long and illustrious history of the sport on The Hill. Those clubs won 66 of 81 games (81.5%), including a sparkling 31-3 record (91.2%) in games played in E.A. Diddle Arena, and posted a 37-5 mark (88.1%) in Ohio Valley Conference competition, winning two league and conference tournament titles and making three straight post-season tournament appearances — two (1966 and 1967) in the NCAA Championships and one (1965) in the NIT.

According to WKU, while playing in a period when college freshmen were not eligible for varsity competition, Smith earned All-OVC honors three times, falling just three rebounds shy of averaging a “double-double” each season. Still, he remains one of just nine Toppers on record to average a “double-double” for his career — 14.6 points per game and 11.0 rebounds a contest.

Smith was the top rebounding guard in the nation in both his sophomore (11.3 rebounds per game) and senior (11.9 RPG) seasons. He was regarded as one of the best defensive guards in the nation at that time, due in part to his top-notch prowess on the defensive glass. Only 13 Hilltoppers on record reached the elite 1,000-point threshold in fewer games — he topped 1,000 in his 70th game. And, he was only the eighth Topper to reach 1,000 points at the time he completed his career on The Hill.

In three seasons of varsity action at Dotson, Smith scored 2,210 points — averaging 22.3 points a game while helping the Bearcats compile an 80-19 record in the final three years of the school’s existence.

Smith’s senior year was also the last for Dotson before consolidation sent those students to Caldwell County High School. Smith scored 24.9 points a game and averaged 17 rebounds as the Bearcats won the 2nd Region championship and finished with a 27-6 record.

A year earlier, Dotson went 35-3 but fell in the 2nd Region title game.

Smith was a first-team all-state selection as a senior and was named second-team all-state his junior season. He went on to enjoy an outstanding college career at Western Kentucky and appeared headed for pro stardom in the NBA.

Unfortunately, tragedy struck just before he could get the chance.

The Los Angeles Lakers’ fourth pick in the third round of the 1967 NBA draft, Smith died in an vehicle accident on May 14, 1967 on the way back to Bowling Green, following a Mother’s Day visit to Princeton. Dwight and his younger sister, Kay Smith, were both killed. He was 21 and she was 18, according to their obituaries.