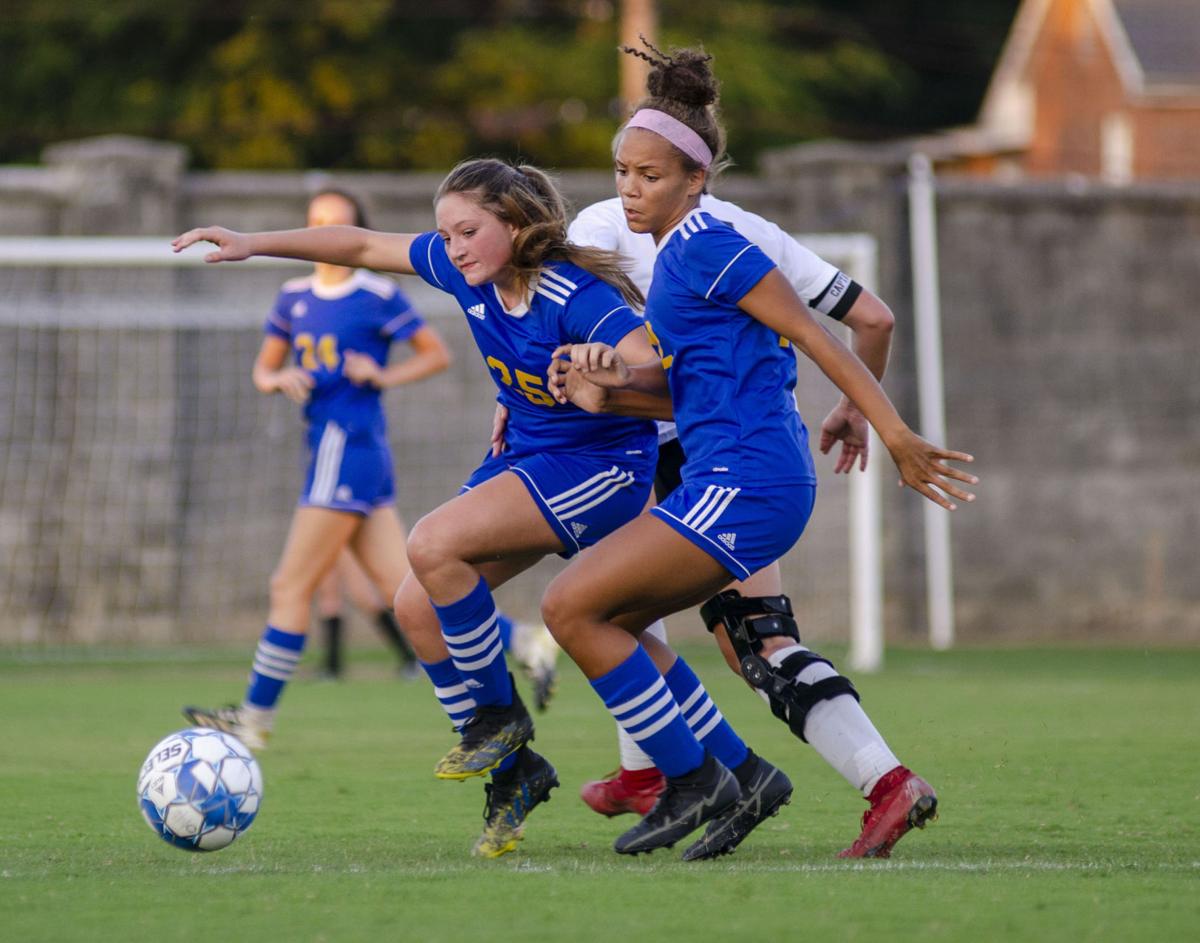 Caldwell County's Mariah Merritt and Cali Traylor muscle out a Lyon County player during Thursday's 2-1 loss to the Lyons. 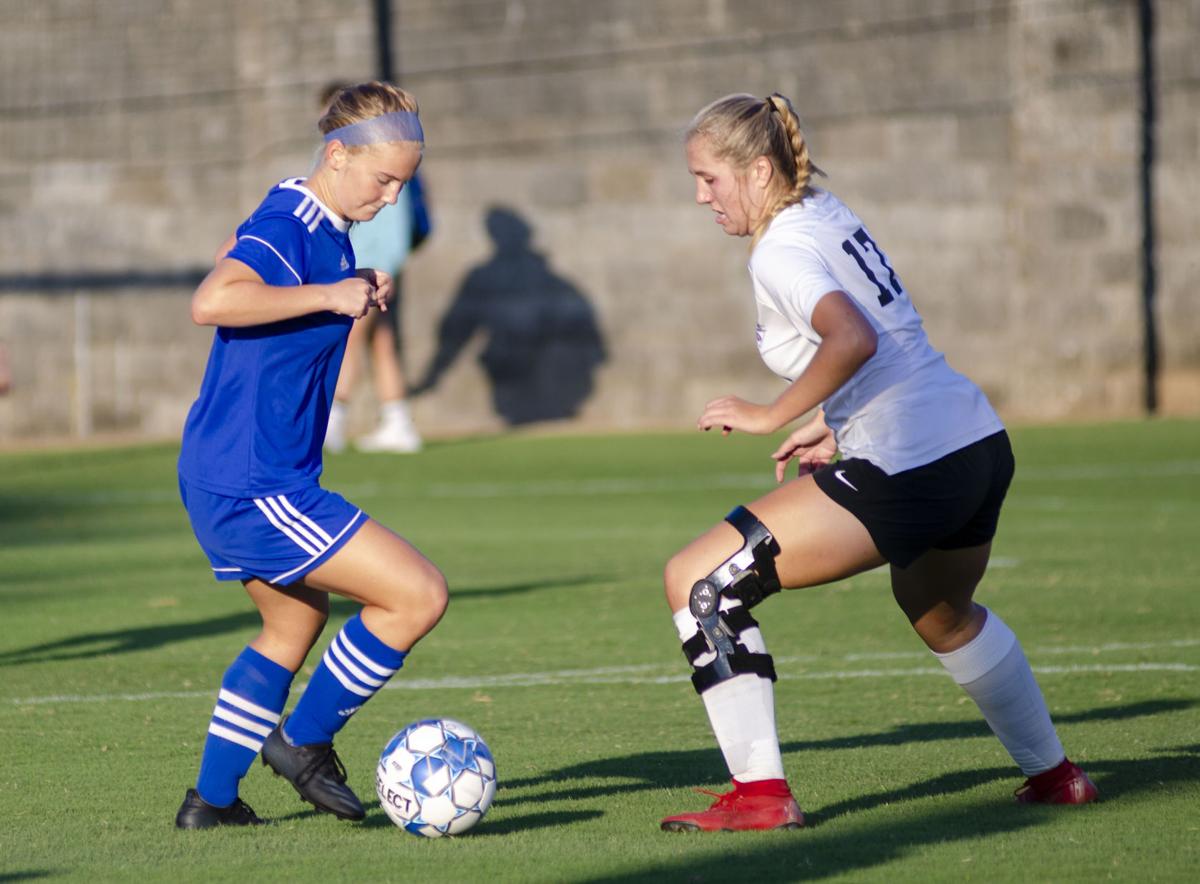 Caldwell County's Mariah Merritt and Cali Traylor muscle out a Lyon County player during Thursday's 2-1 loss to the Lyons.

Lyon goalkeeper Maddie Russell blocked a shot from Caldwell’s Kendall Boyd but wasn’t able to hold onto it.

Hodge followed up and stuck the ball deep into the right corner.

Caldwell led 1-0 for most of the first half. With 5:53 left before the halftime break, Anna White scored on a pass from Alice Smith to tie the game 1-1.

After nearly 60 minutes and double digit shot attempts, Rose Smith hit the game-winning shot on a pass from the Alice Smith.

Rose Smith managed to hit just high and outside of Caldwell keeper Rachel McClung’s reach for the 2-1 victory.

McClung and Russell were both busy fending off attempts.

The Lady Tigers outshot the Lady Lyons 18-15 with McClung racking up eight saves and Russell collecting 18.