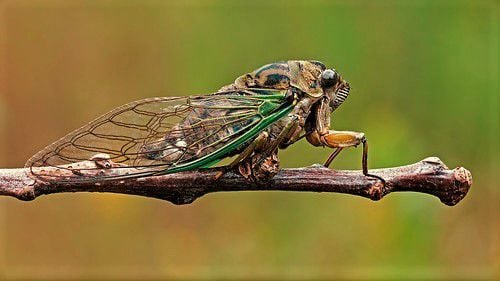 The cicadas we’re apt to encounter this year are the fewer, summer-emerging annual cicadas. 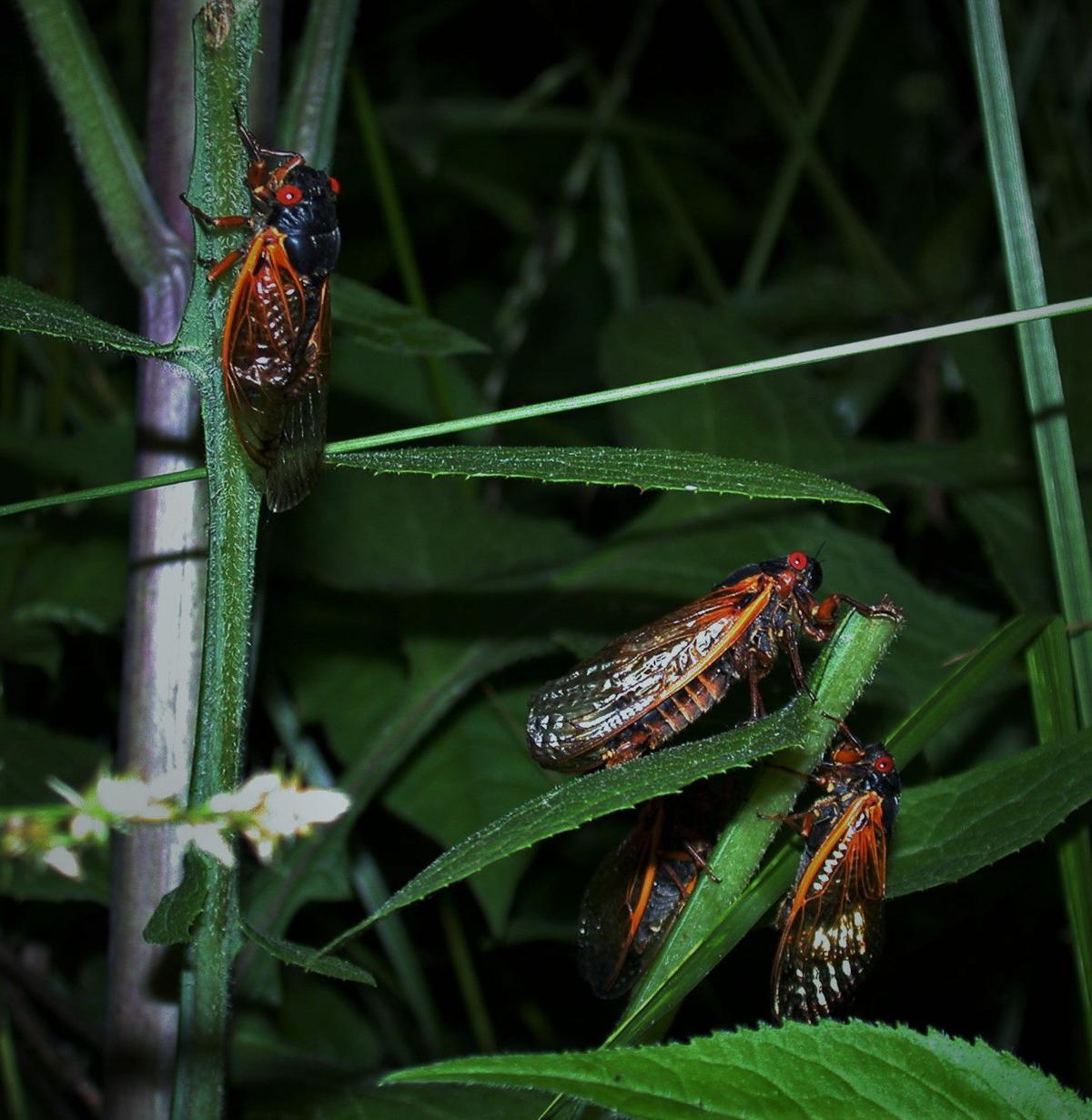 Vast hatches of red-eyed, orange-marked periodical cicadas have been happening elsewhere, but we shouldn’t see that until Brood X pops hereabouts in 2021.

The cicadas we’re apt to encounter this year are the fewer, summer-emerging annual cicadas.

Vast hatches of red-eyed, orange-marked periodical cicadas have been happening elsewhere, but we shouldn’t see that until Brood X pops hereabouts in 2021.

Let us talk about this cicada thing.

Lately there have been reports floating around about huge hatches of those bugs that are properly called cicadas. Specifically, however, these would be periodical cicadas. The other kind is annual cicadas, and to the beholders (us), the differences in how we experience these insects are considerable.

Periodical cicadas are insects that live in the ground almost all their lives and briefly emerge as adults only to reproduce in mass hatches. According to the variety, these crazy hatches occur after the end of a 13- or 17-year life cycle.

These bugs are delineated into broods that nature somehow coordinates to hatch essentially at the same time. Cicadas of whatever brood dwell down in the dirt for years and then, reacting to some instinctive notion, they go crawling up to the surface, transform from a wingless nymph into a flying insect, and move up into the trees to mate.

After all those years, untold legions of these cicadas pop out concurrently and do their thing in a condensed period of a very few days.

Males vibrate a plate in their abdomen and make a whining, buzzy call to attract females, and multiplied by huge numbers, the drone can make the entire landscape come alive with the omnipresent sound.

Such numbers have prompted people to call the insect locusts, as in “plague of locusts.” Grasshopper-like locusts are not at all similar, but it’s understandable that the potential huge numbers of cicadas in a hatch could trigger the comparison or misunderstanding.

What’s been happening this spring is that Brood IX of 17-year periodical cicadas has hit its emergence time. (Broods are all expressed in Roman numerals, so we’re talking “Brood Nine” here.) Brood IX bugs have been swarming out of the ground, catching the attention of people and generating news reports.

Broods, however, are not uniformly spread over our land. They are geographically oriented, and they don’t wander. Where a brood reproduces one time, eggs hatch and the tiny bugs that hatch drop out of the trees and dig into the ground right there — where they emerge as adults 13 or 17 years later and repeat the cycle.

Brood IX is located over parts of Virginia, West Virginia and North Carolina. So, no, there is virtually no chance you will see any periodical cicadas from Brood IX hereabouts in western Kentucky.

What you might see is annual cicadas, similar insects that hatch in far fewer numbers in less coordinated emergences every year. While periodical cicadas are a spring thing, typically seen in April and May, annual cicadas are more of a summer-emerging bug. A few may come out earlier, but June through September is really the annual cicadas’ time.

An easily distinguishing characteristic between the two types of cicadas is that the periodical sorts have fiery red eyes, while annual cicadas have nondescript black eyes.

Annual cicadas don’t get seen nearly as much as they are heard. Their belly-rippling “songs” grow quite loud as the summer deepens. Along about the dog days of summer, a few dozen annual cicadas provide a stereotypical sultry weather soundtrack, especially in early mornings and late afternoons.

I don’t think individual periodical cicadas are as loud as the annuals, but when periodicals occur, there tends to be many, many more of them. The cumulative sound becomes almost deafening. The pervasive drone pushes some people to the edge of heebie-jeebies.

I wouldn’t say there is no chance someone in our area has not heard or seen a periodical cicada this spring, just not one from Brood IX.

Periodical cicadas found in Kentucky include Broods X and XIV of 17-year cicadas, and Broods XIX, XXII and XXIII of 13-year cicadas. None of them have been scheduled by nature to emerge this year, but Brood X is close.

Brood X, which spreads over all or parts of 15 states including Kentucky, last exploded onto the surface with a crazy mass hatch in 2004. These 17-year cicadas, accordingly, are poised to swarm hereabouts and over their entire range in spring of next year, 2021.

Yet, authorities say a few periodical cicadas may emerge early or late. Maybe they misread their calendars. Maybe they get busy and just run tardy — or they are excited about reproducing and show up ahead of the proper time.

Whatever the reason (and nobody understands how periodical cicadas know when to emerge), the relative smattering that miss nature’s correct timeframe are identified as “stragglers,” whether they are early or late.

If you really encountered a red-eyed periodical cicada here this year, chances are good it was an early bird of the Brood X bunch that is due to swarm next spring.

In the case of a Brood X straggler, getting here a year early is tragic. There is likely no one of your kind with which to mate, the intended payoff for digging in the dirt all those years. You die unbred, your one mission unfulfilled. What a bummer.