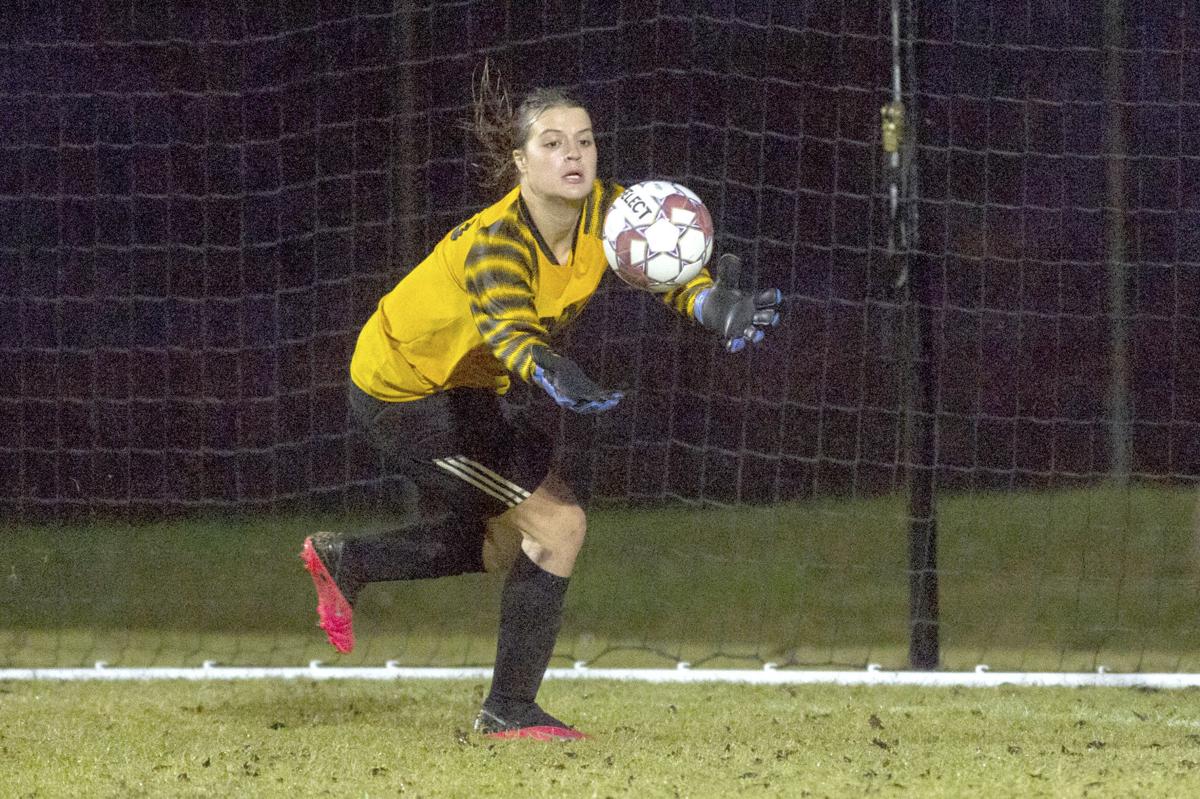 Caldwell County senior goalkeeper Karsyn Parker makes a stop against Henderson County in the first round of the Second Region Tournament on Monday. 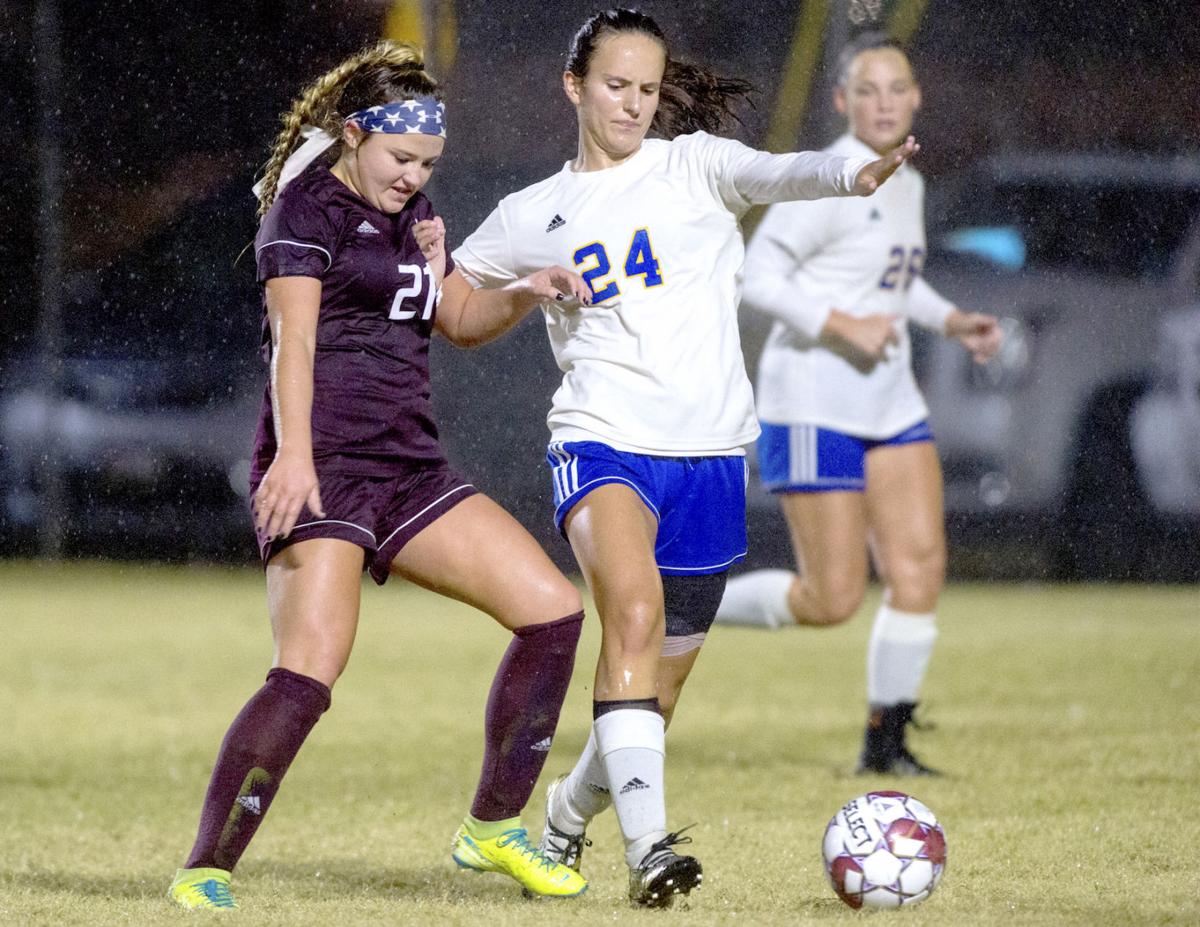 Caldwell County senior goalkeeper Karsyn Parker makes a stop against Henderson County in the first round of the Second Region Tournament on Monday.

HENDERSON — The Caldwell County girls’ soccer team closed out its 2020 season with a 3-0 loss in the Second Region Tournament to host Henderson County.

The Lady Tigers — the District 7 regular-season champion — finished the season with a 6-6-1 record.

The result was the seventh straight shutout for Henderson County (7-1), which opened the season with a 3-0 loss to Castle (Newburgh, Ind.) and has not allowed a goal since.

Henderson County moved into the semifinals of the Second Region Tournament and will play University Heights (8-2-2) at 5:30 p.m. today (Wednesday).

The Lady Colonels, who are seeking their sixth straight Second Region title, limited the chances for Caldwell County and finally made the most of their own after playing a scoreless first half.

With most of the match played in a steady rain, HCHS freshman Ashton Lynam broke the scoreless tie just four minutes into the second half with a breakaway score from the right side of the goal.

Lady Colonel senior Cecilia Palummo increased the lead to 2-0 in the 50th minute as she chased down a ball and sent it to the back post off her right foot.

After a 35-minute lightning delay, Lynam scored her second goal on an assist from Nadia Gilbert from across the front of the goal. Lynam sent the shot off her left foot to the back post to increase her team’s lead to 3-0.

Caldwell County had three shots on goal in the game.

Kevin Patton is a sports writer for the Henderson Gleaner.