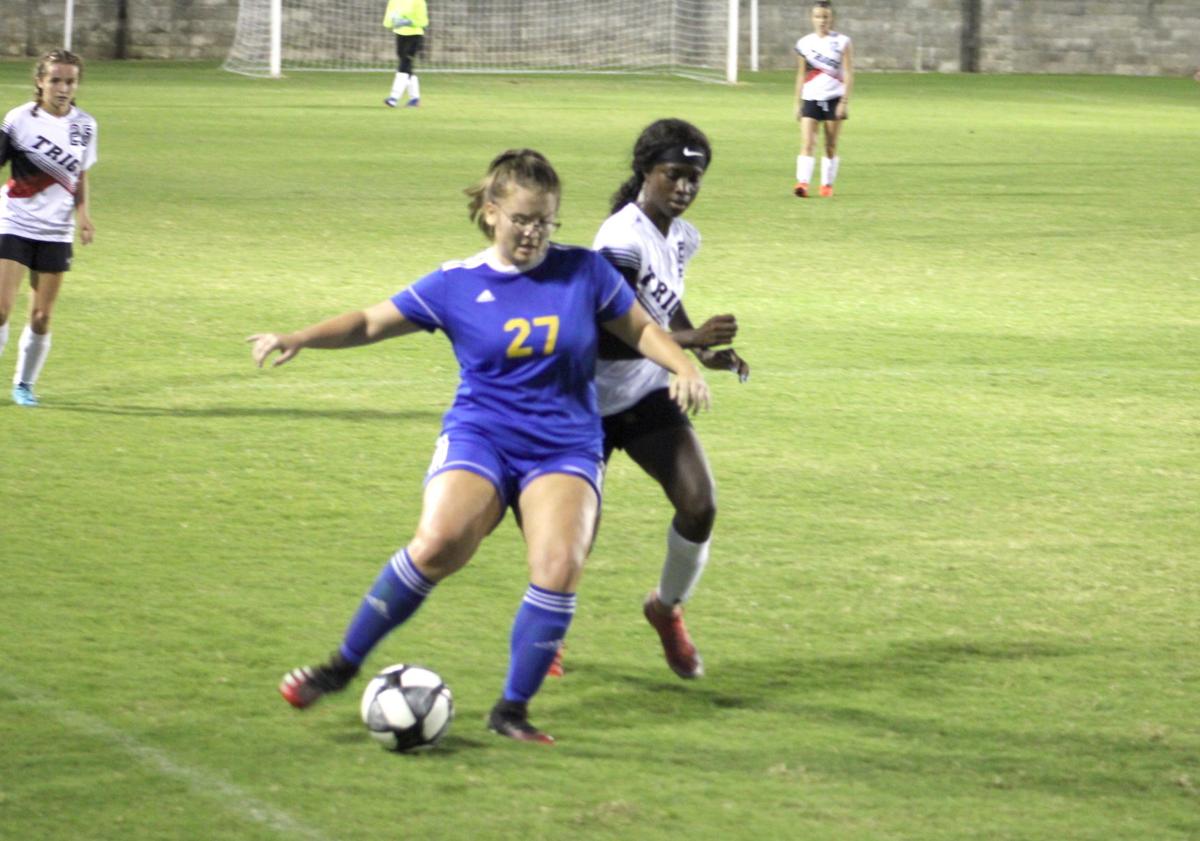 Sophomore Hadlee Hill (27) fends off a Trigg County player. Hill was strong in the middle for the Lady Tigers and will be among next year’s team leaders. 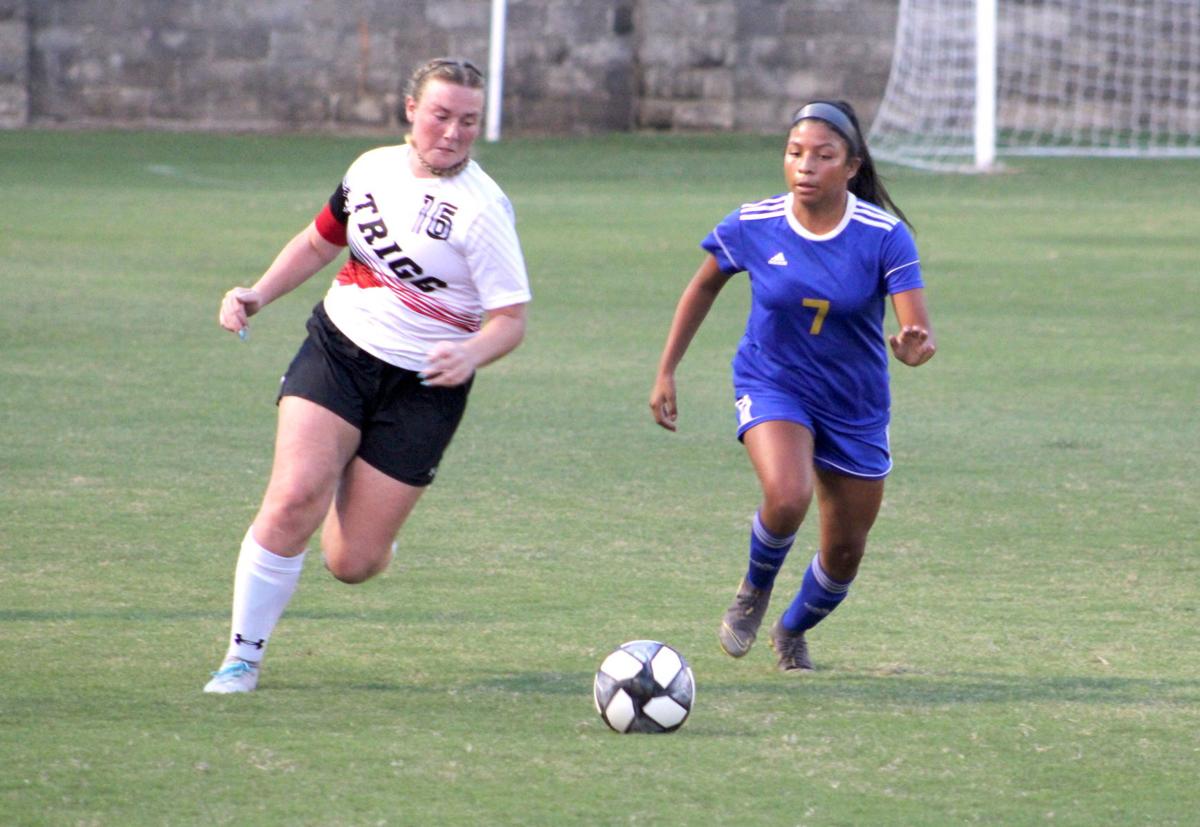 CCHS senior Kaylee McEnaney (right) chases down a ball against Trigg County. MeEnaney led the team in goals and assists this season.

Sophomore Hadlee Hill (27) fends off a Trigg County player. Hill was strong in the middle for the Lady Tigers and will be among next year’s team leaders.

CCHS senior Kaylee McEnaney (right) chases down a ball against Trigg County. MeEnaney led the team in goals and assists this season.

The Caldwell County High School girls soccer team won the District 7 regular-season championship on penalty kicks at Madisonville-North Hopkins, but struggled from that game forward, falling to MNH in the district tournament before being eliminated from the Second Region Tournament by Henderson County.

CCHS went 6-6-1 overall with a 2-0 mark in district play, and head coach Rhett Miller said the team had a good season, despite the schedule being affected by COVID-19 precautions.

The coach said that the 2020 schedule was tough by design.

Miller said that there are several teams in this area that have better records than the Lady Tigers finished with.

“But we beat the snot out of them when it came down to it because of the way they scheduled,” he said. “Hopkins Co. Central is a real good example of that. They’ve had good records in the last two or three years that I’ve been playing, but they only play the weak teams, and they play them twice.”

The Lady Storm finished the season with a record of 6-5, and outscored opponents in their wins by a combined score of 57-4 while being outscored in their losses 20-7.

Miller said there was a difference in play from the Lady Tigers when they played Madisonville-North Hopkins at the start of the season compared with the end of the season.

Senior Kaylee McEnaney led the team this season with 11 goals and eight assists, while junior Kendall Boyd had six goals and one assist. Junior Reagan Hodge added five goals for CCHS, while senior Hannah Young had four goals and three assists and sophomore Laken White had three goals and two assists in only five games, being injured early on.

On defense, senior goalkeeper Karsyn Parker made 86 saves and scored two shutouts while allowing 19 goals in 11 games, while sophomore Rachel McClung made 15 saves in five games, allowing only five goals.

“Karsyn is very quick and made some great saves this year,” Miller said. “She’s one of the big reasons we did so well against Madisonville-North: She made a penalty kick and saved some other penalty kicks.”

Parker was one asset in a strong Lady Tiger defense this year.

“Our biggest key to winning was that we had seven seniors, and they were seven good players. That was pretty huge — and it makes it tough for next year — but I think we’ll be able to replace them and still compete next year.”

Miller said that juniors Boyd and Hadlee Hall are likely to be team leaders next year, adding that sophomores White and Avery Ritchie should be strong leaders next year as well. Named to the All-District 7 Team were Adams, McEnaney, Parker, Young, Boyd, Ritchie and senior Morgan McDaniels.