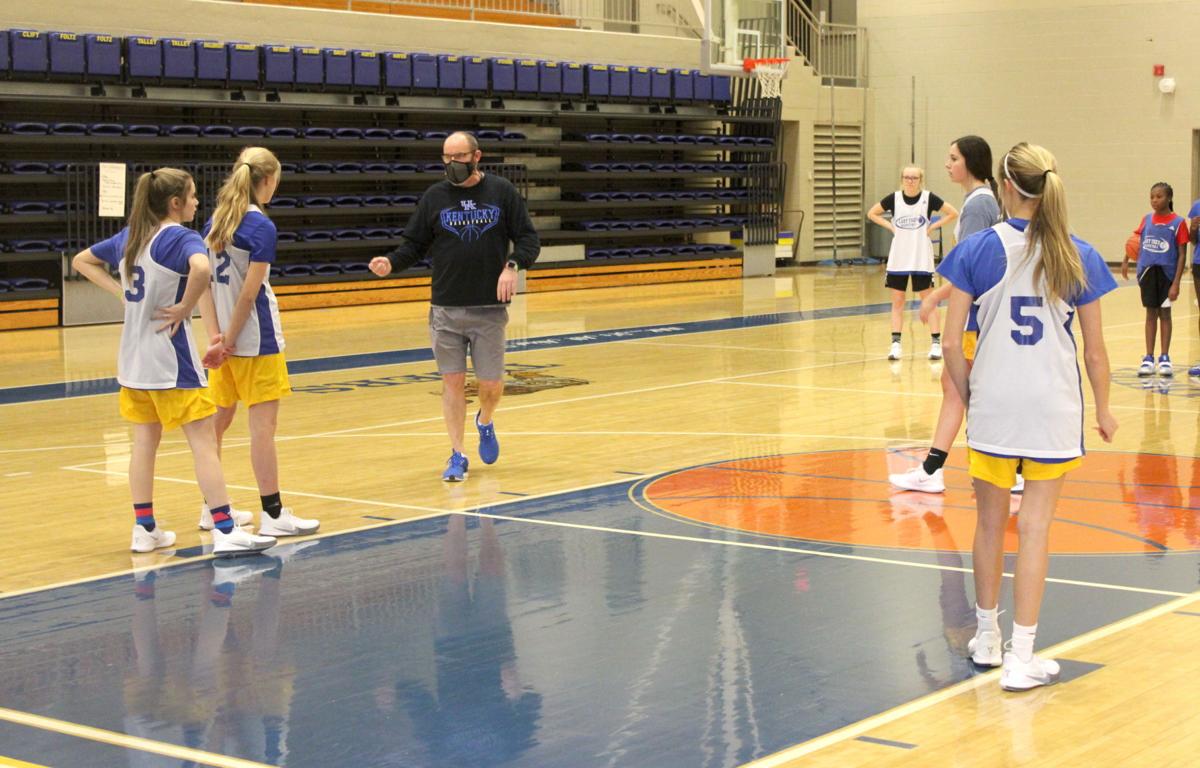 Lady Tigers coach Chuck Mitchell goes over plays in a recent practice at the Community Activities Building on campus. Caldwell County opens its season Monday at home against Union County. 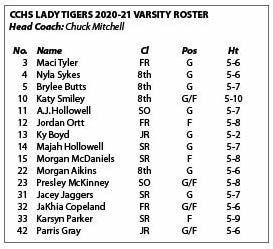 Lady Tigers coach Chuck Mitchell goes over plays in a recent practice at the Community Activities Building on campus. Caldwell County opens its season Monday at home against Union County.

The girls’ team seeks to improve on a 16-15 season that saw Caldwell County fall in the District 7 Tournament championship game and in the first round of the Second Region Tournament.

Head coach Chuck Mitchell is in his second season at the helm of the Lady Tigers.

“We lost three seniors last year in Jada Boyd, Lucy Goffinet and Bella McConnell,” he said. “Bella was one of the leading scorers in the region (12.7 ppg), Lucy was a great defender, and was lost Jada early in the year. She missed the last 16 games with a broken leg.

“We had a lot of injuries last year and battled through. We were very fortunate to have a winning season. The team actually got to learn a lot of different positions, so that helped us out for this year.”

Mitchell said senior guard Majah Hollowell will be looked to as a team leader this year. Hollowell scored 8.9 points per game and pulled down 3.4 rebounds per contest last year.

“At the point, she’s really a 2 or a 3 (shooting guard or small forward),” Mitchell said. “She came along (last year), and she’s going to run the point (guard) for us.

Mitchell said that junior forward-guard Paris Gray will be a player to watch this season.

“She’s a dandy shooter, and she’s really worked on her game through the summer,” he said. “She came in and did stuff on her own. I’m really, really excited to see what she’s going to do in a game situation.”

Mitchell added that sophomore guard A.J. Hollowell and sophomore forward-guard Presley McKinney would see a lot of playing time this year as well.

Mitchell said that the team would try different offenses and defenses and see what works best for the team.

“It could be a different ballgame — you just never know,” he said. “We’ve got kids who are excited about playing and starting to practice; it’s just been so long. It’s time for them to play, and they are so tired of seeing each other.

“We had six weeks in practice, and then, we were off for three (due to COVID-19). We were back at it, and fortunately, the (Kentucky High School Athletic Association) voted for us to start on the 4th, and we’re just hoping that all that works out well for us.”

This week, the Lady Tigers host Union County on Monday, have an early District 7 at Madisonville-North Hopkins on Friday and host Livingston Central on Saturday.

“I’m excited, and the kids are excited,” Mitchell said. “I want to see what we’ve got and how were going to play.

“I think we’re going to come out with energy. We’ve got a lot of young kids who are going to get to play for us this year.”