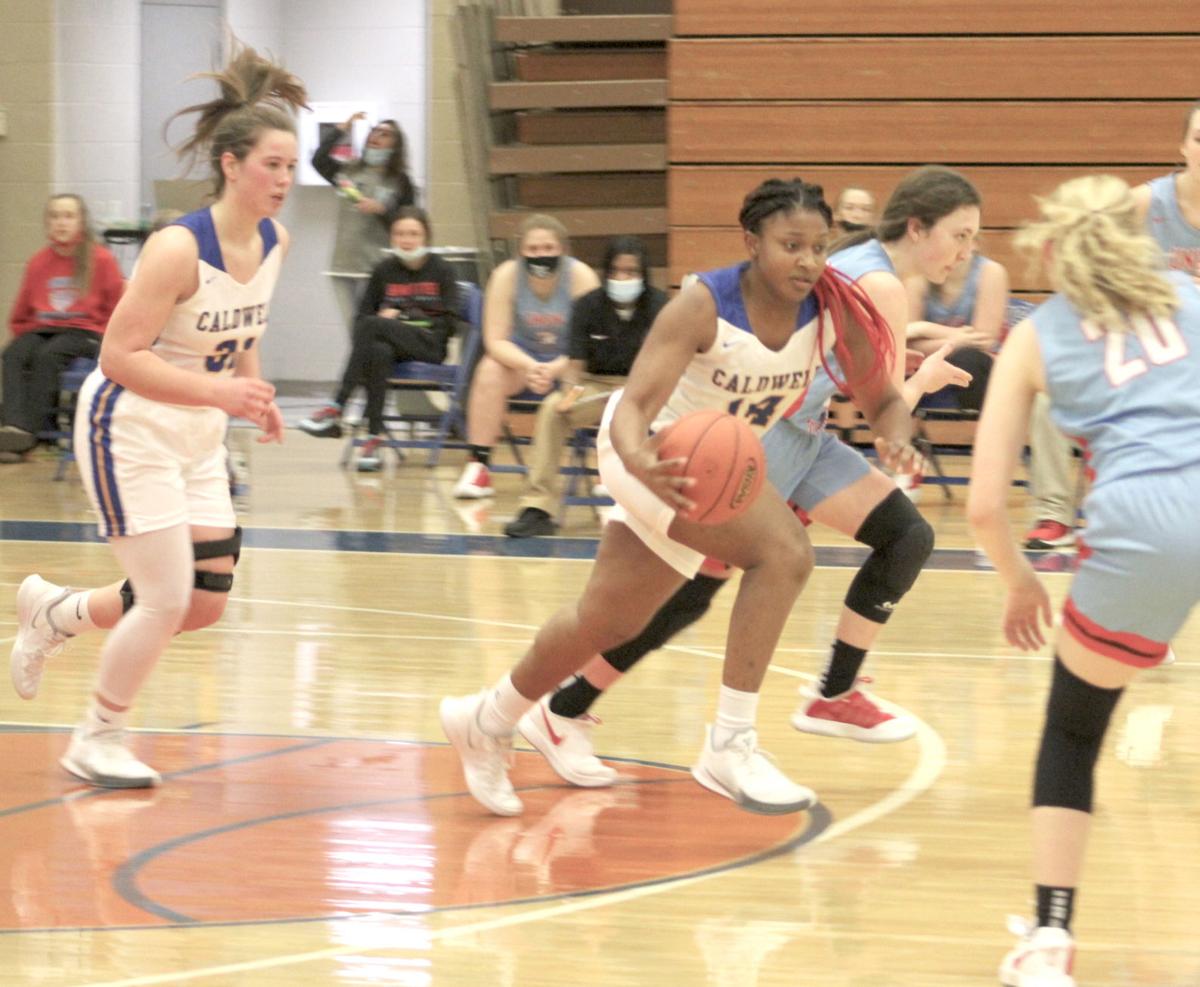 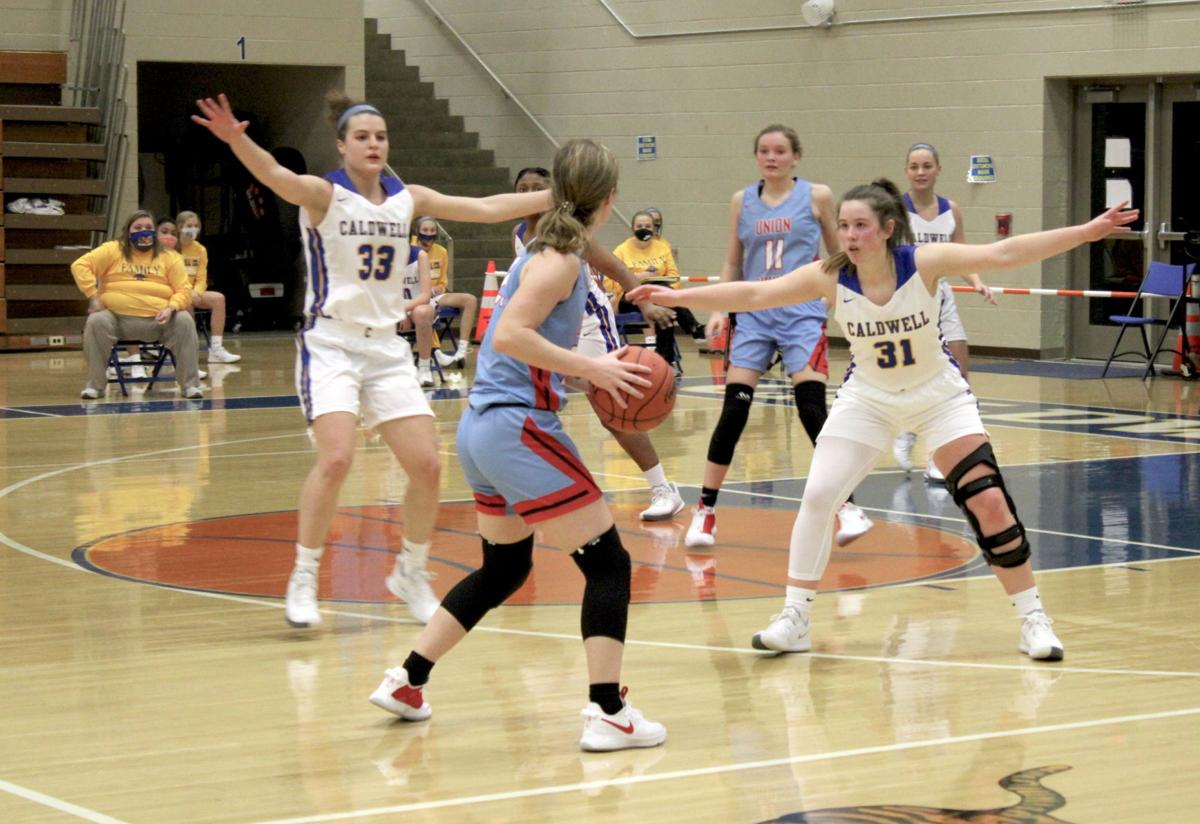 Senior forward Karsyn Parker (left) and junior guard Jacey Jaggers work to trap a Union County player in the first half of their game Monday night.

Senior forward Karsyn Parker (left) and junior guard Jacey Jaggers work to trap a Union County player in the first half of their game Monday night.

With the start of the season pushed forward to Jan. 4 — more than a month later than normal — some teams may have had a hard time coming out of the game in late-season form.

Caldwell County had one of those opening nights, and visiting Union County adjusted better after a low-scoring first quarter pushing past the Lady Tigers 40-26 on Monday.

After taking a 7-5 lead at the end of the first quarter, Caldwell County was held to six points in the second quarter and two in the third, while the Lady Braves scored 11 and 13 points in those quarters, respectively.

After Union County took a 16-10 lead with 2:16 left in the first half on a basket from Raelle Beaven, CCHS closed out the half with a basket from sophomore guard AJ Hollowell and a free throw from junior guard-forward Parris Gray to narrow the gap.

The Lady Braves scored the first six points of the second half on a basket from Mati Hagan and back-to-back steals to the hoop from Madison Morris.

Senior guard Majah Hollowell put in the only third-period points for Caldwell County on two free throws before UCHS closed out the quarter with seven unanswered points on a basket from Hagan, a three-pointer by Amelia Mackey and a layup from Morris.

“It was one of those games where I didn’t know what we were going to get out of them,” said CCHS head coach Chuck Mitchell, starting his second season at Caldwell County. “It seemed like they were all nervous; I don’t know why. We have four seniors who have played a lot of basketball and a junior that’s played a lot.

“We were down three at halftime, and our leading scorer had only one point, so I thought we were OK. Our defense really stepped up in the first half and did a great job in our 1-3-1. We made some good traps and closed down shooters.”

Union County’s Morris led all scorers with 14 points, while Hagan, Bivin and Reese Hagan each put in six.

Jralee Roberson grabbed a game-high seven rebounds, while Morris and Beaven each had four.

Caldwell County wastes little time in opening its District 7 schedule, traveling to Madisonville-North Hopkins on Friday. The junior varsity game begins at 6 p.m., followed by the varsity game at 7:30 p.m.

“We’re going to go back to work in practice and get ready for this big district game on Friday night,” Mitchell said.

The Lady Tigers then host Livingston Central on Saturday at the Community Activities Building, with the JV game starting at 1 p.m. and the varsity playing at 2:30 p.m.