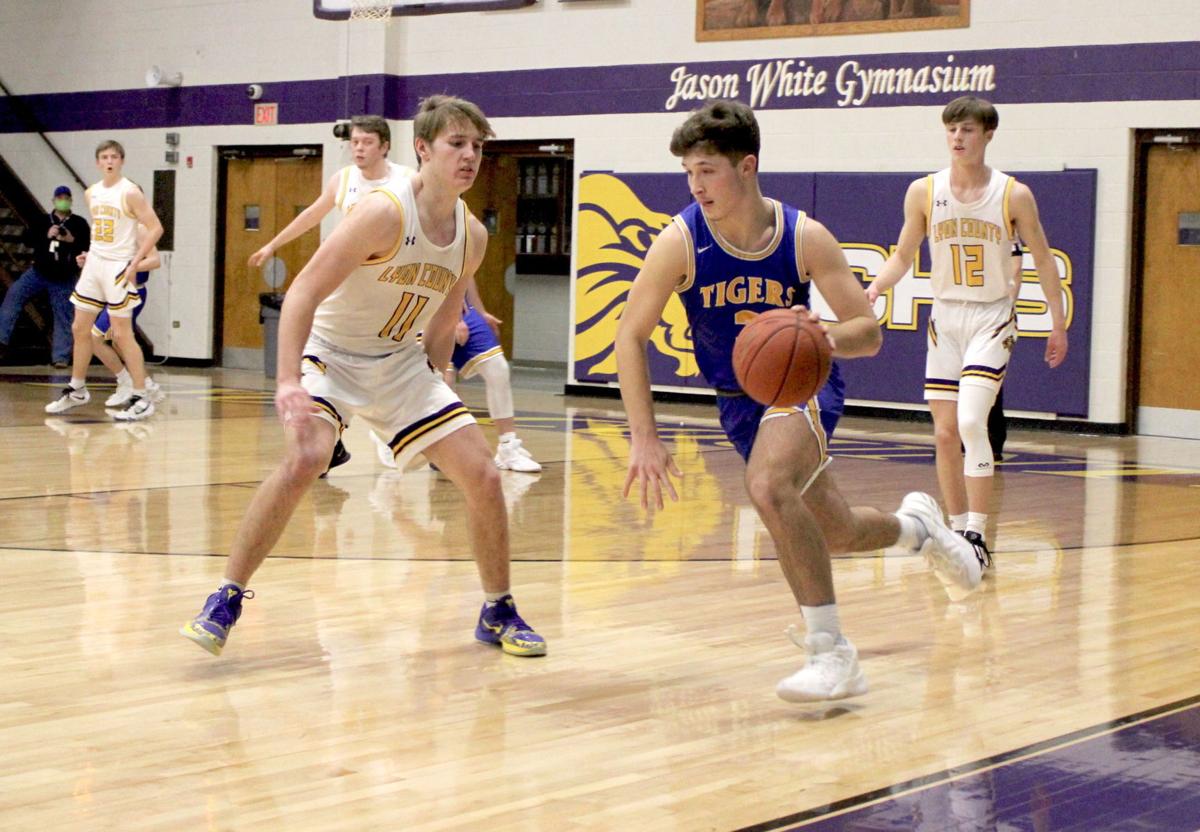 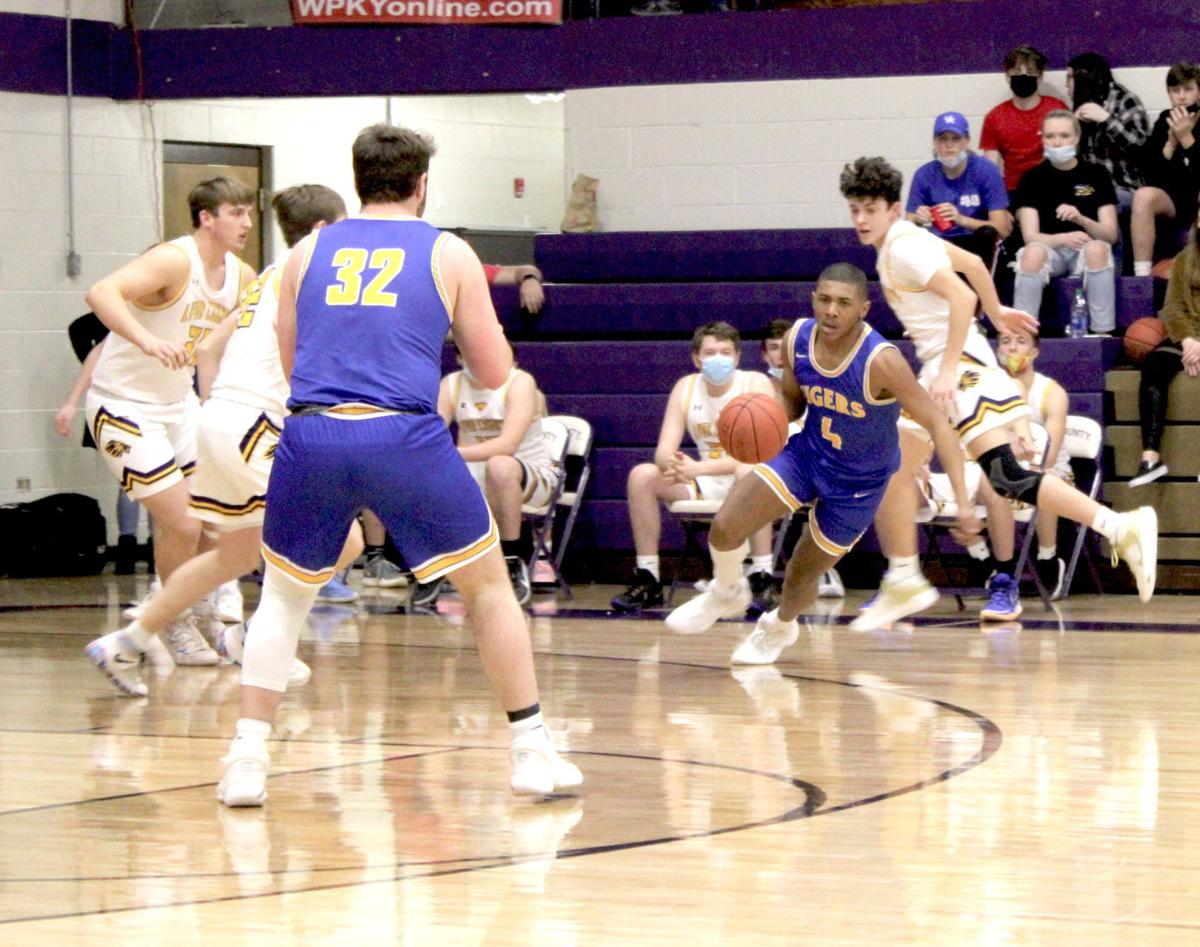 EDDYVILLE — Caldwell County went toe-to-toe with regional rival Lyon County in the first half of their game Tuesday, but a 13-2 run by the Lyons in the third quarter bolstered Lyon County to a 77-64 win.

The first half was a contest of speed, with each team making quick, sharp passes and fast-break baskets.

Caldwell County (3-8 going into Friday’s game) made several of its shot attempts in the first half and was able to keep Lyon County (10-0) off the boards.

Lyon County’s Jackson Shoulders had 11 of his 13 points in the first period, while Caldwell County’s Tripp Branch had 10 of his 24 in the opening frame, which ended in a 22-22 tie.

Caldwell County (3-8) got its biggest lead of the game when Tate VanHooser hit a putback to put the Tigers ahead 33-26 with 4:06 left in the second quarter.

Lyon County mounted a comeback, scoring the next 12 points to take a 38-33 lead when Gunnar Bingham hit a jumper with 1:59 left in the half. Two free throws by Caldwell’s Jabrion Spikes and one more from VanHooser narrowed the Lyons’ halftime lead to 38-36.

The teams exchanged baskets to open the second half, with Caldwell’s Carter Whittington hitting a jumper to cut the Tiger deficit to 40-38 with 7:22 left in the third period.

CCHS was able to get within six point of Lyon County when Branch hit a buzzer-beating trey at the end of the third quarter to pull the Tigers to within 53-47, but the Lyons led by double-figures for most of the fourth quarter.

“We did a lot of good things in the Lyon game,” said CCHS head coach Daniel Kukahiko. “The first half, we shot the ball well and handled pressure much better than the previous two games. That’s a direct credit to our guys in staying focused and making good decisions.

“Free throws and offensive rebounding were two things we all identified that we needed to improve upon. We are taking it one game at a time and trying to improve each game. We’ve played a tough schedule up to this point, and I believe that our guys can see improvements since we began this season.”

Travis Perry led all scorers with 25 points, making three treys and going 6-for-7 from the line.

Bingham added 17 points on four 3-pointers, while Reddick put in 14 and Shoulders had 13.

Caldwell County was paced by Branch’s 24 points on the strength of five threes, while Spikes added 14 points and VanHooser had 13.

The next games for the Tigers are at Muhlenberg County at 6:30 p.m. Saturday and at University Heights Academy in Hopkinsville at 7:30 p.m. Tuesday.