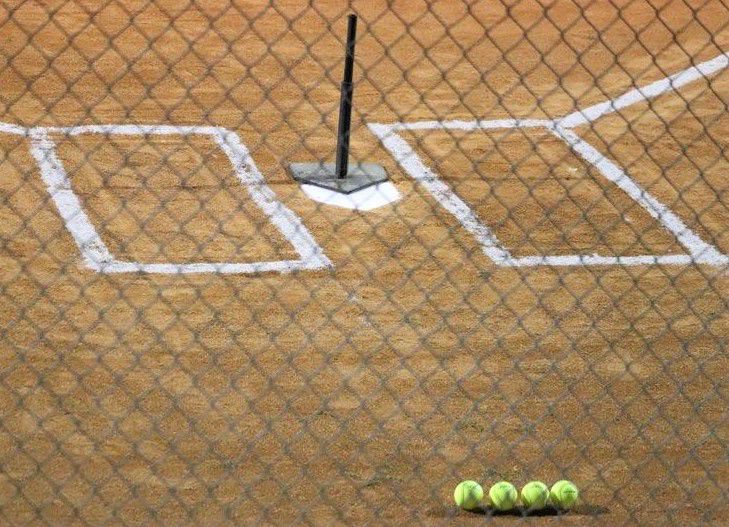 As part of Saturday’s “Under the Lights” festivities at Ratliff Park, Caldwell County softball coach David Choate had his three seniors safely hit four balls off of the tee, as part of a small offering to enjoy a field that didn’t get used this spring. 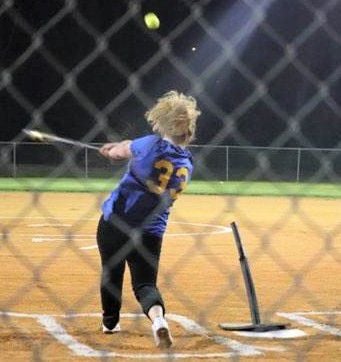 Caldwell County senior slugger Madi Choate went 4-for-4 with four home runs — off the tee — in Saturday’s “Under the Lights” celebration at Ratliff Park in Princeton. When asked where they landed: “Dead center.” 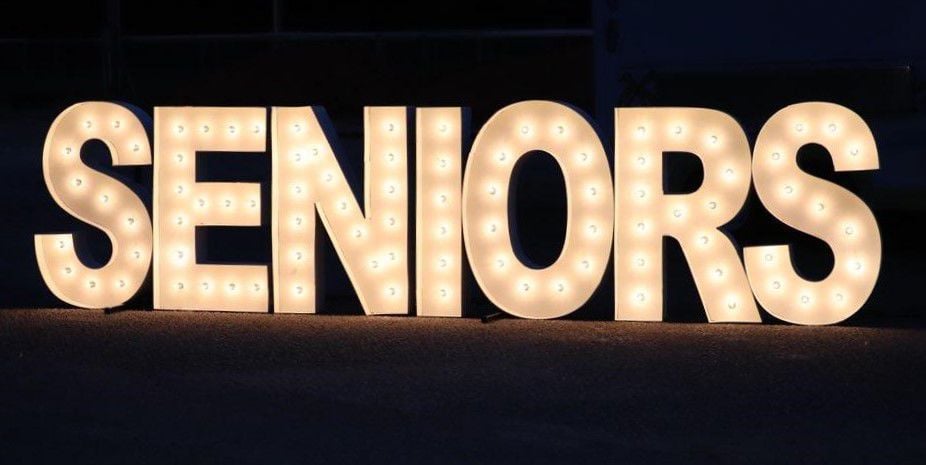 As part of Saturday’s “Under the Lights” festivities at Ratliff Park, Caldwell County softball coach David Choate had his three seniors safely hit four balls off of the tee, as part of a small offering to enjoy a field that didn’t get used this spring.

Caldwell County senior slugger Madi Choate went 4-for-4 with four home runs — off the tee — in Saturday’s “Under the Lights” celebration at Ratliff Park in Princeton. When asked where they landed: “Dead center.”

In the pitch dark of Saturday night, a caravan of cars paraded through Princeton — its spring athletes from Caldwell County High School in tow.

Waiting at the end, like a rainbow’s pot of gold, was a well-lit Ratliff Park shining bright for an “Under the Lights” celebration.

With the 2020 season never seeing liftoff due to the coronavirus, CCHS officials wanted to find some way to properly honor its stars in some fitting fashion.

This certainly did the trick.

“It made us athletes feel like we’re appreciated, even when we’re not playing,” noted CCHS softball senior Karlie Rennison. “We’re not just athletes; we’re people, too. We’re students, and we’re appreciated.

“It was just...I don’t even know how to describe the feeling driving down through town, and just seeing all the cars stopped on the side of the road, honking and waving, it was amazing. It was awesome to see our community just come together and support us athletes. It was very cool.”

Track and field, tennis, baseball and softball were all honored in the festivities, but the diamond Lady Tigers took one extra step.

They never got to christen their “new” field with cracks of a bat, so all three seniors — Rennison, Madi Choate and Ashlynn Dearing — each took four new softballs, and blasted them off of a tee and into the great wide open.

“I just remembered in seventh grade...that was the first year I got to play...one of the older girls was sick, and coach Mickey Walls...he asked me to step in and hit varsity,” Rennison added. “And as a little seventh grader, I was so nervous that I was almost in tears.

“Just hitting off of that tee (on Saturday), it brought me back to that first at bat at that field. And it was a little tearjerking.”

Rennison wasn’t expecting to play too terribly much this season, as she admittedly continues to battle with the lack of energy that comes with Lyme’s disease. But she had full plans to be full-time in the dugout alongside coaches David Choate and her father, Chad, serving as a “dugout mom” and key reserve.

And those thoughts made Saturday’s swan song even more special.

“I was kind of more prepared not to happen for me, but I was still pretty upset — especially for my other teammates who didn’t get to experience their senior seasons,” she said.

Choate, headed to Asbury for softball in the fall, cranked three of Caldwell County’s 26 home runs last year, and in 84 at bats.

On Saturday, she went 4-for-4 off the tee to deep center. No practice swings. No time in the cage for the last week. Just cold cuts in front of nearly 150 Princetonians on hand to coronate a season that never culminated.

Perhaps it was the emotions of the evening fueling her bat. Maybe it was the music in the background. Or was it the booming voice of public announcer and longtime softball supporter David Brown, trying to emcee the unexpected?

“I can’t even describe the feeling when I got to step out there,” Choate added. “(And) I really enjoyed the parade. I love how the community came together to support all of the spring athletes, and I want to thank the community for doing that for us, because we didn’t get our senior season like the other athletes did. So it really did mean a lot to us.”

After focusing more on travel ball with Mayfield’s Red Fusion and not playing for the Lady Tigers since 2016, Dearing had full expectations of splitting time in the circle with up-and-coming sophomore ace Illysa Stallins.

This made Saturday a bit more surreal for her.

And it brought about a small tinge of regret.

“I was actually really nervous, because I had a lot of people watching me,” Dearing said. “And I haven’t played high school ball since I was in eighth grade. But it was also exciting, because I was actually the first one to get to hit off of the new field.

“I didn’t think high school ball was for me. But my junior year (2019), in the middle of their season, I realized that I wanted to play. And I didn’t want to graduate high school and look back a few years down the road and say, ‘Wow, I wish I would’ve at least played my senior year.’

“Now it’s my senior year, and I don’t get to play. I really regret not playing these past years now.”

One positive? Dearing is revisiting thoughts of playing for Red Fusion one more time this upcoming offseason before heading to Western Kentucky University in the fall.

And the announcement of youth leagues potentially opening up by June 15 means her summer job as an umpire could still be in play.

“But I’ll never forget Saturday night, and that little parade that we had,” she said.