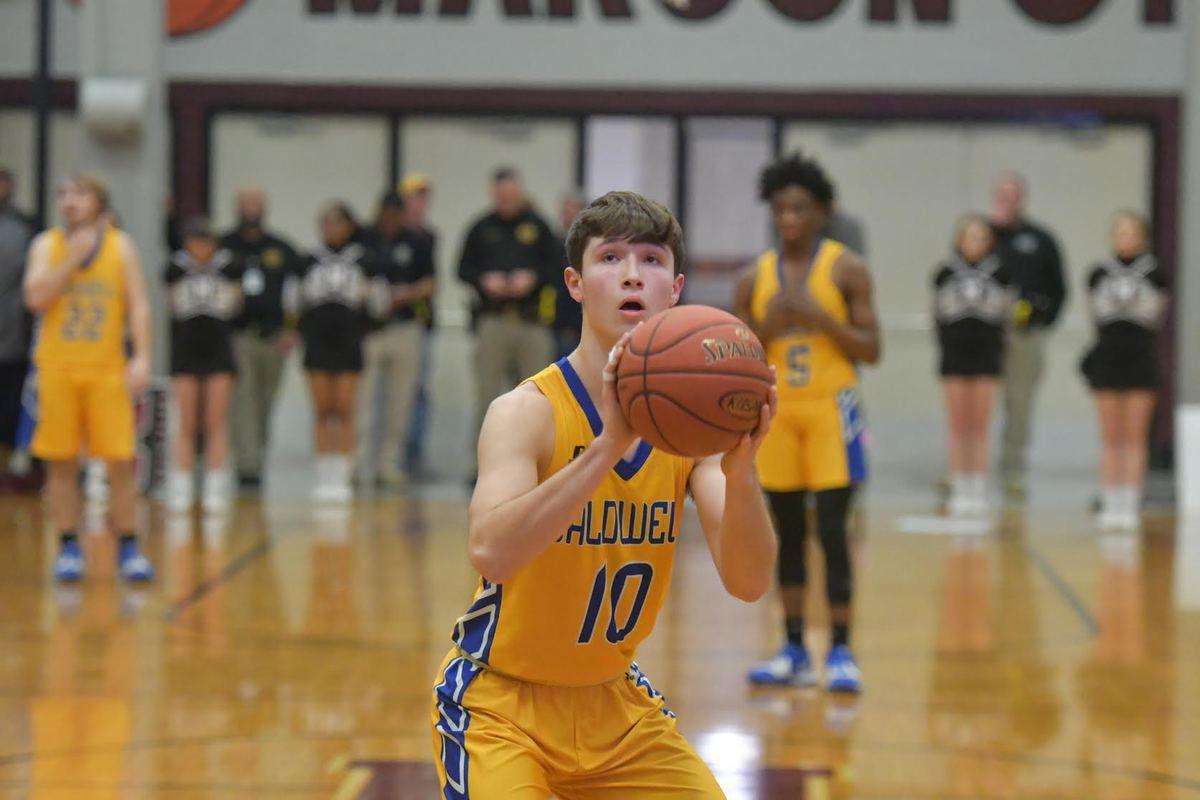 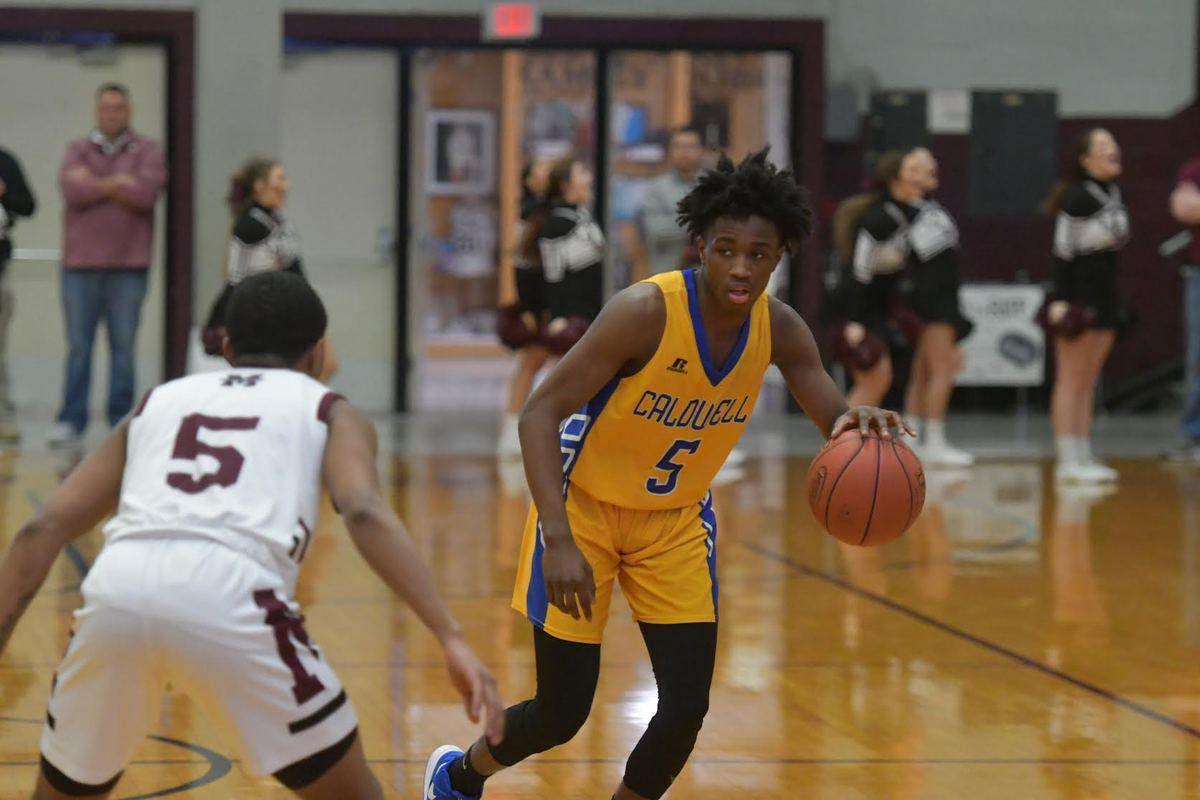 Caldwell County guard JaMarius Blaine surveys the floor in the District 7 Championship game against Madisonville North Hopkins. The Maroons beat the Tigers 85-58 on their home floor in Madisonville.

Caldwell County guard JaMarius Blaine surveys the floor in the District 7 Championship game against Madisonville North Hopkins. The Maroons beat the Tigers 85-58 on their home floor in Madisonville.

Caldwell County (16-15) gave Madisonville North Hopkins everything they could handle and a little more on senior night a few weeks ago in Madisonville, but in the same building two weeks later, that would not be the case.

It was all Maroons with much more on the line Friday night in the District 7 title game.

No. 3 Madisonville North Hopkins (28-3) led wire to wire in claiming their unprecedented 11th consecutive District 7 Championship in a 85-58 decision over Caldwell County, ending the Tigers seven-game winning streak; but not ending their season.

Caldwell County now prepares for Lyon County in the first round of the Region 2 Tournament on Thursday night at 7:30 p.m. at Hopkinsville.

"There were a bunch of stretches in that game where we played very, very well," head coach Daniel Kukahiko said. "They're a good basketball team. I told the guys in the locker room to walk out thinking that they took care of business on Tuesday night, and now we get to play in the regional tournament. That doesn't mean that we're not playing good basketball, it means that we did a lot of things tonight that we should have in the first half, we missed shots that we normally make and against a top three team in the state, you have to do all the little things right."

At Maroon Gym in Madisonville, it was all Maroons as Madisonville North Hopkins cruised to their 17th straight win since January 4 when they fell to John Hardin.

K'suan Casey and Kenny White led the way with Casey racking up 24 points and White recording 21 points for the Maroons.

Casey was coming off of a career-high 34 point performance against Dawson Springs in the first round of the district tournament on Tuesday.

Madisonville North Hopkins would draw Henderson County for the first round of the Region 2 Tournament, and are the favorites to repeat as Region 2 Champions and punch their ticket to the KHSAA State Tournament at Rupp Arena.

Caldwell responded in the early going of the second quarter as the Tigers went on a 13-9 run to close the gap to 36-24 with 2:35 until halftime.

In the closing seconds of the half, White rattled the glass with a huge block and Parker finished with a layup on the other end to give North a 42-31 halftime lead.

After the Tigers got themselves back within 11 points after a solid 20-17 second quarter, the Maroons would get out of the second half gate up by 20 on a 20-7 third quarter and never wavered from there.

The Maroons extended their lead to 20 with less than two minutes remaining in the third.

During that stretch, Casey committed his third foul and Zach Tow subbed in for the big man with Jordan Vaughn out with a sprained ankle he suffered on Tuesday.

The Maroons showed a little flair in the final minute of the third when White took flight from the volleyball line.

White would have two more dunks in the contest after the Maroons took a 62-38 command into the fourth.

Caldwell County had their second 20-point quarter in the fourth, but the Maroon firepower was unmatched.

The Tigers now look onto Lyon County, where they will have to earn their first win over the Lyons this season if they want to keep their season alive on Thursday night in primetime.

As the old saying goes, it's tough to beat a team three straight times in high school sports, and that's exactly what Lyon County is up against this week.

The Tigers fell at the CAB 59-57 at the last second on opening night to Lyon County before a hostile environment in Eddyville on January 30 saw the Lyons take a 68-57 win.

The Lyons (22-9) are coming off their 20th District 5 Championship, led by 26.8 points per game by eighth-grade sensation Travis Perry and 16.6 points and 11.5 rebounds per game by sophomore big man Jackson Shoulders.

It is the first regional tournament meeting in the century for the Lyons and Tigers.

The Tigers (16-15) are looking for their first win in the Region 2 Tournament since 2010 when they beat Webster County a decade ago.

The winner of Thursday's contest will advance to Monday night's semifinals at Hopkinsville.