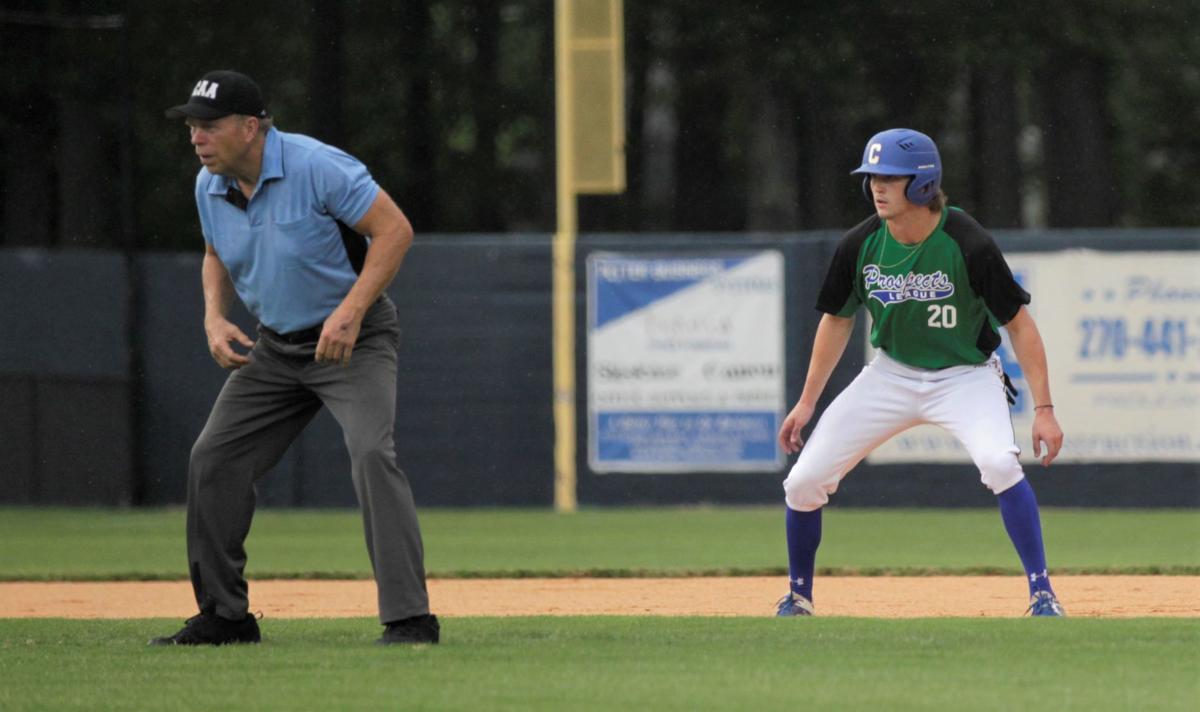 Above: Jase Felker notched a first-pitch homer and the game-winning run scored in Monday’s 13-12 win over the Kentucky Prospects Americans team at Brooks Stadium in Paducah. Left: Gabe East earned the start for the Nationals on Monday, going 12/3 innings with 67 pitches, nearly half for strikes, while only giving up three earned runs. 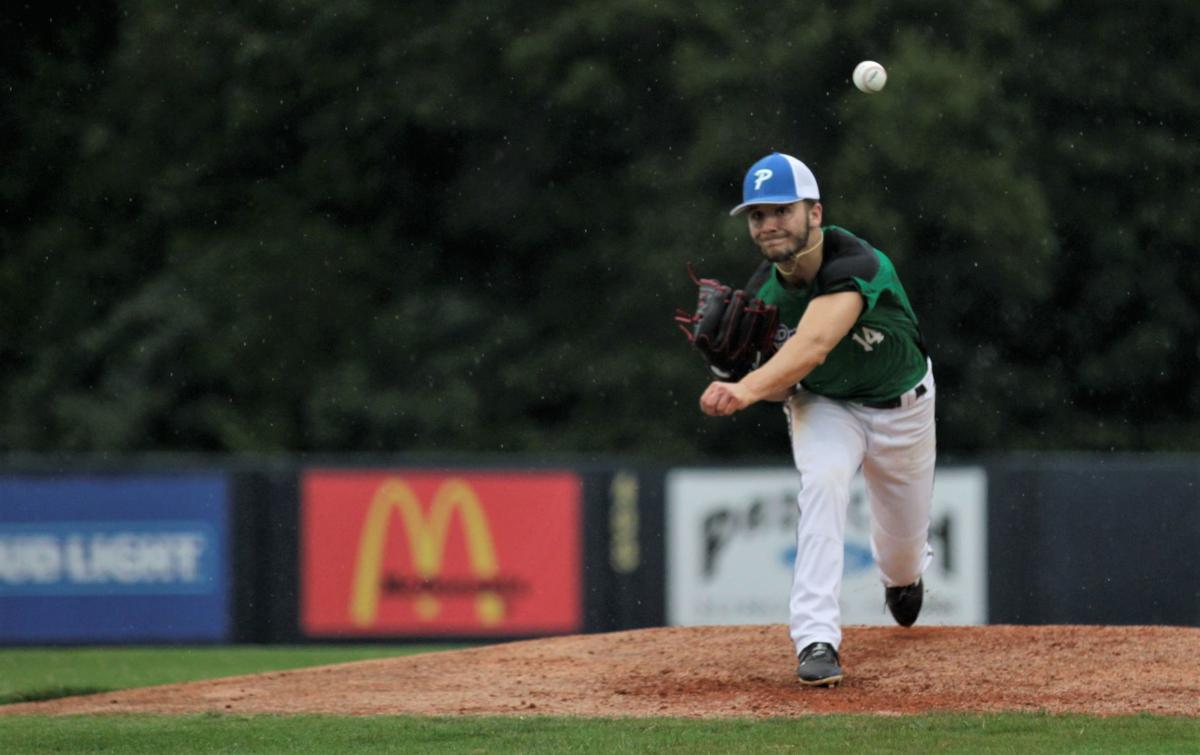 Gabe East earned the start for the Nationals on Monday, going 1 2/3 innings with 67 pitches, nearly half for strikes, while only giving up three earned runs.

Above: Jase Felker notched a first-pitch homer and the game-winning run scored in Monday’s 13-12 win over the Kentucky Prospects Americans team at Brooks Stadium in Paducah. Left: Gabe East earned the start for the Nationals on Monday, going 12/3 innings with 67 pitches, nearly half for strikes, while only giving up three earned runs.

Gabe East earned the start for the Nationals on Monday, going 1 2/3 innings with 67 pitches, nearly half for strikes, while only giving up three earned runs.

Torrential rains surrounded the rest of the region, and especially in McCracken County, but even the baseball gods wanted a game.

And especially players like East, Felker and Thomas, who each had strong performances in the Nationals’ 13-12 win in six innings.

“Just to see these guys out here in a uniform, warming up and playing … it was special,” noted Prospects President Kip Ellington. “I sent a schedule out to these guys and told them to be here at 4:30 p.m., and I get here at 4:20 p.m. and the whole parking lot is full. These kids were lined up and just super anxious to come out here and play.”

Nobody seemed more amped than Felker, as the Rend Lake Community College star went 3-for-4 with three runs scored and two RBIs. He fittingly took the first pitch of the newly-formed league for a magnificent ride and a 1-0 lead.

Perhaps he was casting out the frustrations of a pandemic that has purloined this spring and summer of live sports. Perhaps he was just ready for a fastball.

Either way, he wasn’t done with his night. And then things got really fun.

Both teams had hoped to play nine innings or three hours, whichever came first, but instead ran out of pitching.

East got the start for the Nationals, going 12/3 innings on 67 pitches, giving up two hits, four walks and three earned runs with two strikeouts. The Nationals, however, built a snowman (scoring eight runs) in the top of the second inning for a 9-1 advantage, only to see the Americans cut it to an 11-9 deficit courtesy of back-to-back two-RBI doubles from Eric Riffe (Paducah Tilghman, Western Kentucky) and Rook Ellington (McCracken County, College of Charleston) in the bottom of a six-run fourth inning.

Ellington’s double scored Thomas, who finished 0-for-1, but had two walks and two RBIs, as the Americans would tie the game in the bottom of the fifth inning behind a three-run rally, 12-12.

“It’s great to come out here and get reps and all of that,” noted Riffe, who was starting at third base for the Hilltoppers as a freshman before the coronavirus occurred. “But it’s awesome for me to get to come back out here and play in front of everyone that’s here in Paducah, and come back and play with everyone I played with in high school. It’s just awesome to come back here and have this opportunity.”

Felker’s razzle-dazzle would end up being the difference, however, when he led off the top of the sixth with a single, stole second, advanced to third on a wild pitch, and then scored what wound up being the winning run after an infield error.

Pending weather, the league expects to play nine more games (taking place on Mondays and Thursdays at 6:30 p.m., pending weather) before a final week of a fantasy draft and best-of-three series. And some early names likely take the lead for top picks.

For the Nationals, Felker, Jacob Pennington (3-for-3, two runs, two RBIs) and Jonah Brannon (2-for-2, run, RBI) stroked, while Ellington, Riffe and Dillon Miller (two runs, four walks) were beyond effective. Players will change teams and intermingle from week-to-week, which will allow for different combinations in batting order and permutations on the field.

But the real winner on Monday night was the game of baseball, the city of Paducah, the boys from Princeton and Brooks Stadium, which was crowned with a rainbow in the fourth inning as the sun began to set behind the trees.

“I had three people stop me, and they didn’t have a dog in the fight, and they just said, ‘Thank you,’ ” Ellington said. “And I said, ‘For what?’ ‘Thank you for putting this on. We didn’t come out here to see people play marbles. We were so anxious to see some baseball.’ And that’s what makes it fun, too, when you can get a little bit of a fan base going.”