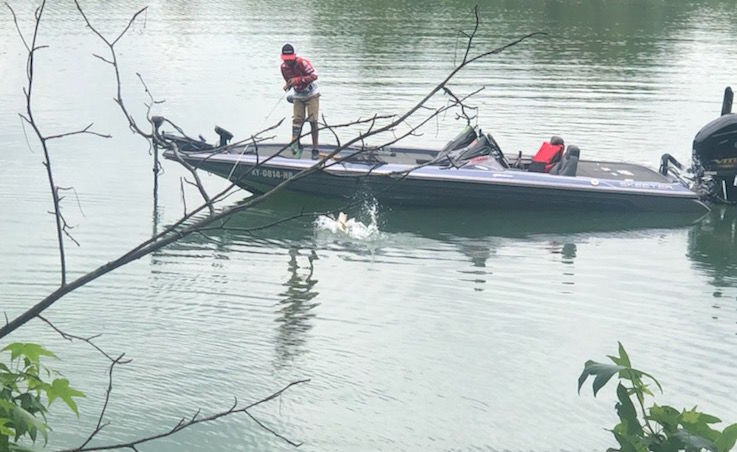 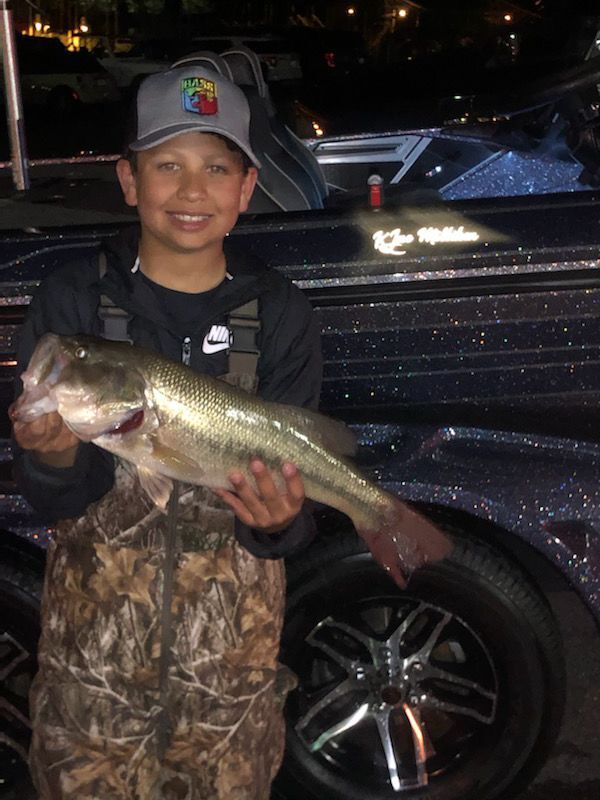 KJae Milliken is shown with a prize bass he caught during one of his excursions on the local waterways. Milliken, who was killed with his family, was 13 years old but had a bright future as an angler. His uncle and FCA Outdoors representative Brad Lawson has started a scholarship in KJae’s name and has planned a virtual bass fishing tournament in May to support the scholarship.

KJae Milliken is shown with a prize bass he caught during one of his excursions on the local waterways. Milliken, who was killed with his family, was 13 years old but had a bright future as an angler. His uncle and FCA Outdoors representative Brad Lawson has started a scholarship in KJae’s name and has planned a virtual bass fishing tournament in May to support the scholarship.

Brad Lawson remembers the joy and passion that his nephew, KJae Milliken, had for the outdoors, especially fishing.

“To me and everybody else, he was on the path to be a professional fisherman. We knew that was going to be his career path,” Lawson said. “He was ate up with it.”

Milliken, only 13 years old, had his own boat that he purchased from Paducah angler Mark Menendez, and even created his own YouTube channel that showcased excerpts of him participating in lake tournaments, pond fishing and how-to videos with his 8-year-old brother, Kycohn.

“It was right up his alley. It was kind of his personality,” Lawson added. “A lot of people were amazed at the passion and talent he had at that young of an age.”

But just a few days before this past Christmas, the Milliken brothers and their parents, Ashley and Kyle, were killed in a shooting at their Graves County home.

Now, Lawson and their families are remembering KJae’s life and love of the outdoors with an annual scholarship and a fundraising virtual bass fishing tournament planned for May 7-9.

The combination of the outpouring of love and support following the death of KJae and his family and his love of fishing was a natural fit to help carry on his legacy by offering help for regional high school graduates’ futures.

Along with being a teacher and coach at McCracken County High School, Lawson is a representative with the Fellowship of Christian Athletes (FCA) and West Kentucky FCA Outdoors. He said that despite the shock and grief right before Christmas, the idea for establishing a scholarship grew in his mind and heart.

“I don’t mean this as it sounds in a bad way, but there’s only so many flowers and things you can hang up in your house, so I thought, ‘What good can come out of this?’ ” he recalled. “With this platform I have with FCA Outdoors, I thought I’d start this scholarship.”

With the green light from FCA directors, the KJae Milliken Outdoor Scholarship will be geared toward high school graduates who have displayed a penchant for the outdoors.

The virtual tournament idea grew from a trial run FCA Outdoors held last spring, but Lawson said the goal is to have it expand across the country in honor of KJae.

“Last year, we had 12 states represented. This year, I want to triple that,” he said.

Interested anglers will register online beginning Monday through ianglertournament.com’s website or app and then fish anywhere during the three-day tournament in May. Using the ianglertournament app and an approved bump board measuring device through Golden Rule or Hog Trough, anglers will take photos of their catches with the app, which will then record and log the five longest bass.

Awards will be presented in categories for adults, youth (under 15 years of age) and teams (group of six anglers).

Lawson said he plans to have live updates each day on the West Kentucky FCA Outdoors Facebook page, along with giveaways, testimonials and ministerial opportunities to share the Gospel, which is an outreach aspect of the effort.

“A lot of people wouldn’t want to go to church or a Bible study, but they’ll do a lot of hunting and fishing and it opens another door,” he said.

With ties to Mayfield, Paducah Tilghman, Graves County, Calloway County, Hopkinsville, Christian County and McCracken athletics, Lawson said he hopes people who take part in supporting to scholarship through the bass tournament or directly will realize their connection to a bigger purpose.

“Hopefully, at the end of the day, it helps people realize there’s more; there’s a bigger picture,” he said. “It’s something personal I feel I have got to do and have been given the platform to do.

“It’s a way for people to give back and show support for the family, the ministry of FCA Outdoors and students going to college. It’s a win-win for a lot of things.”

Eric Walker is the news editor for The Mayfield Messenger.