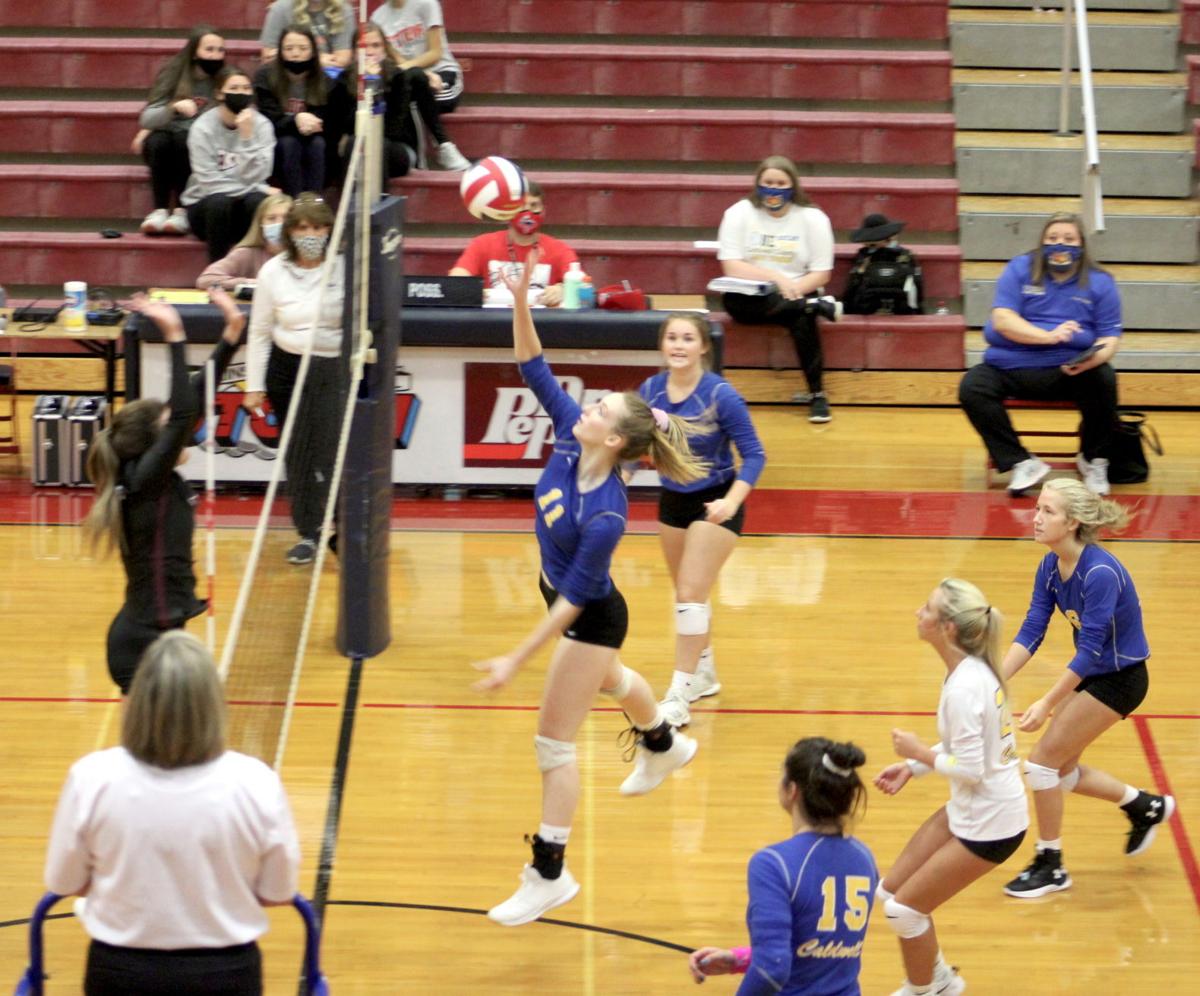 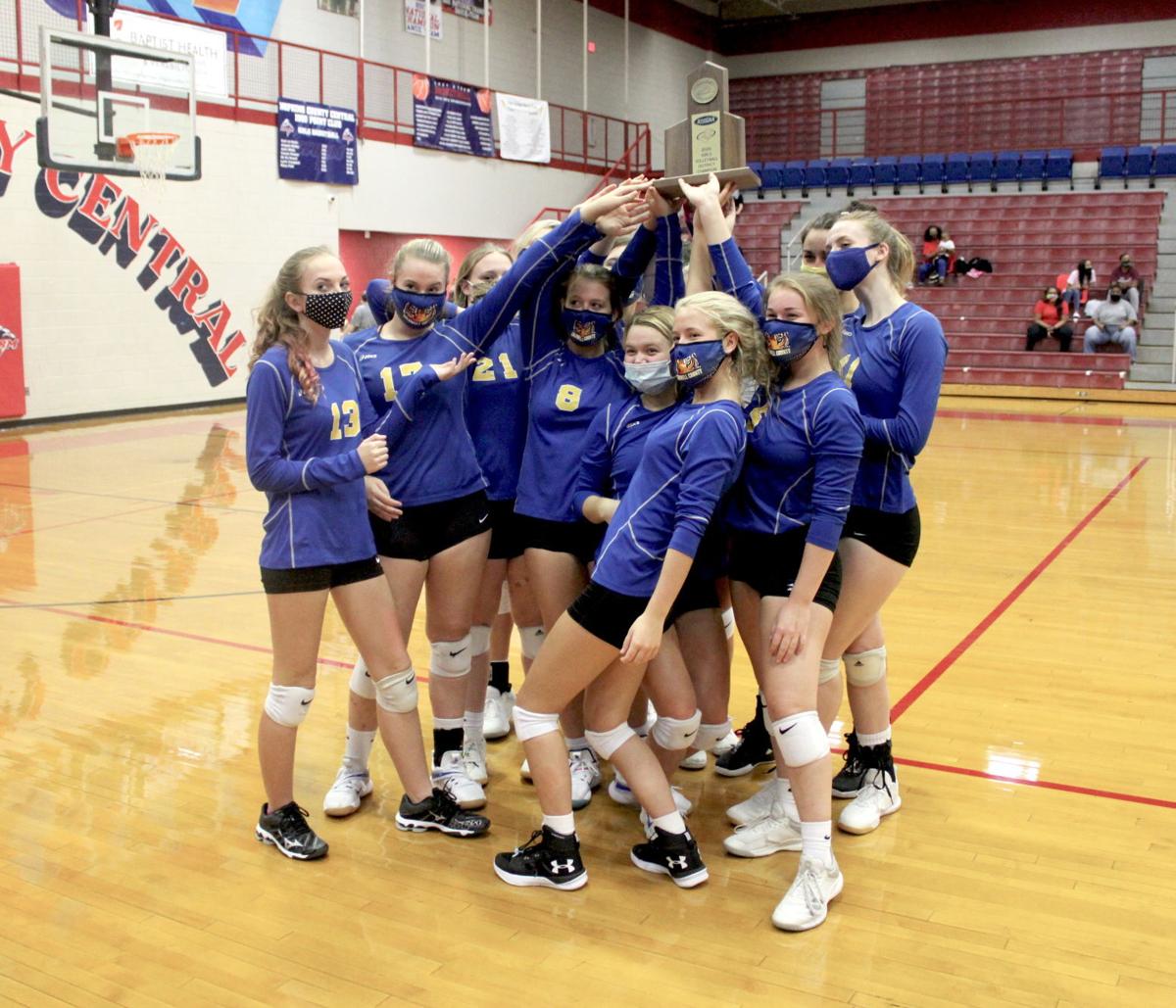 With the win, the Lady Tigers (16-5) will host the first round of the Second Region Tournament at 6 p.m. Monday, taking on District 6 runner-up Henderson County (8-10). The Lady Colonels did not take part in the district tournament, but was given the runner-up finish.

Against the Lady Maroons, senior outside hitter Olivia Mitchell had a match-high 26 kills for Caldwell County. Senior middle blocker Abby Griggs added 14 kills and a match-high four aces and had CCHS’s sole block.

On defense, junior outside hitter Mary Tays had a match-high 19 digs, while senior libero Riley Thomas had 11. Senior setter Kendyll Prowell had eight digs to go with her match-high 44 assists, while junior defensive specialist Adison Sullenger also had eight digs.

In that string of 14 district titles, Caldwell County lost only four sets.

“We spoke at length yesterday about that,” said CCHS head coach Daniel Cortner. “…When the streak is as old as some of the (current players), it really sunk it in that they really needed to come down here and take care of business.”

Cortner said that he expected Madisonville-North Hopkins would try to start out matching power for power with the Lady Tigers.

“In our opinion, that played right into our strengths,” he said. “So, we tried to match their speed, match that intensity and earn that first point. We wanted to put our offense on the floor and go from there.”

As the match progressed, the team found that finesse was scoring points quickly for them.

“Between sets, I asked the girls what adjustments they would make if they were coaching Madisonville, and they said, ‘We would start tipping to try and slow us down,’ ” he said. “In that second set, Madisonville really worked the tips to the corners and tried to slow us down.

“I was really pleased with the way Olivia and Mary covered the deep corners. It’s a lot of real estate that you don’t think about back there.”

The championship match will be played at 6 p.m. Wednesday at Christian County.