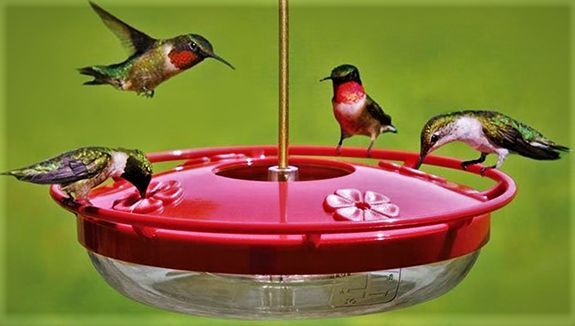 Many people who feed hummingbirds notice more activity at their feeders as migrant birds from northern habitats join in with local nesting birds. 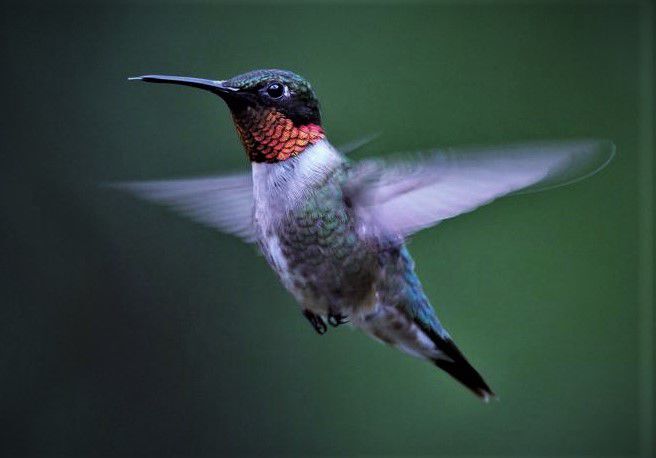 Above: Male ruby-throated hummingbirds usually are the first to migrate, many beginning the journey in August. Below: Many people who feed hummingbirds notice more activity at their feeders as migrant birds from northern habitats join in with local nesting birds.

Many people who feed hummingbirds notice more activity at their feeders as migrant birds from northern habitats join in with local nesting birds.

Above: Male ruby-throated hummingbirds usually are the first to migrate, many beginning the journey in August. Below: Many people who feed hummingbirds notice more activity at their feeders as migrant birds from northern habitats join in with local nesting birds.

There is the old vaudeville joke, “I just flew in from the coast and, boy, are my arms tired.”

Tell that to a ruby-throated hummingbird, and he won’t be impressed. He’s got it that bad or worse.

This hummer, our smallest native bird, is beginning to migrate this time of year. The tiny, feathered jewel undertakes a ridiculously long journey to escape the oncoming cold season so it will have food and tolerable habitat through the winter.

Rubythroats are nesting residents in Kentucky, at home all over the eastern United States and into much of southern Canada. They are not very resilient to cold weather, having incredibly small body mass, while they are dependent upon plant nectar as well as minute insects for food.

When these factors begin to dictate that our only native hummingbird move south for the winter, they do not just go a short distance. Moving alone on instinct and memory (if they are old enough to remember this move from one or more previous summers), each rubythroat sets out to fly hundreds of miles.

Depending on the latitude at which the hummer is a nesting resident, the flight trek can be 1,000 miles into Mexico or Central America. For those that start from northern stretches and go far south — some as far as Panama — we could be talking notably farther. That is a solo flight for a bird about the size of your thumb.

For a fact, a whopping big adult ruby-throated hummingbird is about 3.5 inches long. As small as it is, that’s mostly feathers. It would take about eight of these hummers heaped together to weigh a single ounce.

The rubythroat is emerald green on the back and white to light gray on the underbelly. The adult male has a name-producing ruby red patch on its throat.

Many people do not get to see hummingbirds often even though they aren’t rare. They are small enough that it is easy to miss them unless there is opportunity to bring them up close and tarry. Those opportunities happen for people who maintain sugar water feeders for hummingbirds.

Having a buffet of natural blossoms like trumpet flowers will get you some hummer visits, but there’s nothing as effective as one or more feeders loaded with man-made “nectar” to bring rubythroats right to a position where they’re easy to see. Keep a feeder just outside a convenient window and you can view sugar-slurping birds all day long, perhaps at hand-shaking distance.

Typically in August, people with feeders may notice an increase in hummer traffic. This often is a sign that birds from more northern habitats have launched into their fall migration. Hummers move south some distance, then may stop, rest and refuel for a day or more where feeding is convenient.

When a migrant bird finds a handy sugar water feeder, it is an open invitation for an extended pit stop.

Local nesting birds, which already spend most of their time chasing each other in competition for sugar water, are joined by the occasional migrant. And they get embroiled in the territorial swooping for access to the nectar. There is more buzzing, zigging and zagging going on, but they still manage to suck up their nutrients.

The Land Between the Lakes’ Woodlands Nature Station normally hosts a Hummingbird Festival this time of year to celebrate an influx of migrating birds at the wildlife center’s feeders.

The larger human attraction of the festival is canceled this year because of this COVID-19 business, but rubythroats continue to flock to the center’s feeders with no apparent apprehension about coronavirus in people.

Naturalists at the Nature Station have assessed that some days during this early crush of migration may bring more than 250 rubythroats to feeders there.

It seems that northern hummers begin the migration earlier. That would make sense with the earlier change of seasons that begins to curtail the food supply up there. Our local birds are more likely to start the journey in September.

Most rubythroats are gone from here sometime in October. Most of the final departures and even the pass-throughs seem to have occurred by the time of the first hard frost. That, too, corresponds with much of the food supply shutting down.

Rubythroats can swoop at a speed of more than 60 miles an hour, but their cruising speed is more like 30 to 35 mph.

Some hummingbirds move down the landward corridor of Mexico, but others take a daring hop over the Gulf of Mexico, spanning 450 to 500 miles of water nonstop. There are records of rubythroats landing on oil well platforms and even boats in the gulf for a brief respite in the crossing that might involve 15 hours or more of flight time.

They’ve got quite a trip ahead of their tiny little beaks. It is all the more reason to keep the feeders and the sugar water out there for as long as the feathered pilgrims can get a helpful recharge for the journey.